Nikki is the Senior Public Affairs Manager for CRS and connects journalists to regional stories and sources related to the agency’s life-saving development work. Previously, Nikki worked as the Communications Officer for the Middle East, Europe, and Central Asia. She has covered CRS’ response to the Syrian refugee crisis and the mass displacement of Iraqis and Ukrainians due to continued violence and political unrest. Based at CRS headquarters in Baltimore, Nikki travels extensively throughout the regions to develop content and to build relationships with our partners in the field.

With a background in journalism, Nikki has more than 10 years experience working in the media, including as a print reporter and a photographer. Prior to working at CRS, Nikki was the senior producer of a Baltimore-based public radio show.  Nikki has a bachelor’s degree in International Relations from Brown University, and a master’s degree in journalism from Northwestern University. 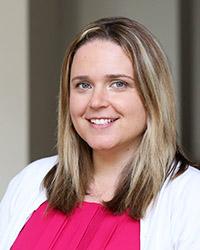