As the executive vice president for Overseas Operations, Schuyler Thorup oversees programmatic activities in more than 110 countries, with a budget of more than $1.1 billion and a staff of approximately 6,500. He ensures the fulfillment of the agency’s mission with a particular focus on serving the poor and marginalized, respect for human dignity, justice and peace, and partnership with local institutions.

Schuyler was the regional director for Latin America and the Caribbean from 2006 until 2012. During his tenure, he oversaw diverse humanitarian and development programs across 17 countries, including the agency’s emergency response to Haiti's devastating 2010 earthquake, which claimed more than 200,000 lives.

Schuyler began his career with CRS in Angola in 1990, implementing emergency feeding and relief operations during that country’s civil war. In the following years, he managed challenging emergency and humanitarian programs in Zimbabwe, South Africa, Mozambique, Lesotho and Peru.

Born in Charlottesville, Virginia, and raised in Tucson, Arizona, Schuyler holds a bachelor’s degree in Latin American studies and Spanish from the University of Virginia. He earned master’s degrees in public affairs and Latin American studies from the University of Texas at Austin. Schuyler received a Rotary Foundation Ambassadorial Scholarship and an Inter-American Foundation Fellowship to support master’s level studies in international relations at the University of Belgrano in Buenos Aires, Argentina, as well as community-based field research in the Brazilian Northeast. He speaks Spanish and Portuguese.

Prior to joining CRS, Schuyler worked for the Private Sector Division of the U.S. Agency for International Development in Colombo, Sri Lanka, and was the coordinator for the Venture Capital Network of Texas at the Small Business Division of the Texas Department of Commerce in Austin.

Schuyler is married to Cecilia Damonte. They have two children, Natalia and Santiago. He is a member of the Catholic International Community-St. Austin’s Parish in Nairobi. 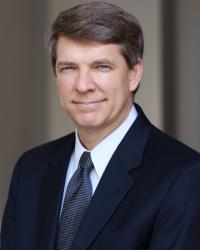