As executive vice president, Charitable Giving, Mark Melia has primary executive responsibility to lead and organize agency efforts to promote charitable giving to the poor overseas through Catholic Relief Services. He is responsible for all charitable giving activities, which in 2014 generated more than $160 million.

Mark leads a department of about 80 people charged with growing net revenue by identifying and supporting efforts that build relationships with current donors, and begin relationships with new donors. In partnership with the president and CEO, he provides leadership to all charitable giving efforts undertaken by the CRS Board of Directors and the CRS Foundation Board of Directors. He also serves as a member of CRS’ Executive Leadership Team.

Mark began his career with CRS in 1991 in the former Church Outreach department. He supervised outreach to Church affiliates and managed CRS Rice Bowl, one of CRS’ signature annual programs. Later, as associate director for Church Outreach, he was the primary liaison between CRS executives and Church leaders in the United States, including the cardinals, bishops and other Church leaders, and directed outreach activities to the church network in the United States.

After his graduate studies, Mark worked for 3 years in the assisted living and affordable housing industries before returning to CRS in 2002 as assistant to the deputy executive director, fundraising and marketing. He directed implementation of strategic growth plans, developed new revenue streams and ensured effective stewardship and recognition of donors. In 2007, he became the deputy vice president, Charitable Giving, directing annual giving, donor services, Hispanic outreach, publications, prospect research and revenue analysis. He assumed his current position in 2012.

Mark has a master’s of business administration and a master’s of social work from the University of Maryland, as well as a bachelor’s degree from Johns Hopkins University.

Mark lives in Towson, Maryland, with his wife and two children. He is an active member of his parish, Church of the Immaculate Conception in Towson. 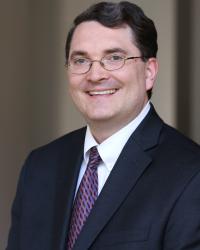