Sean Callahan is President & CEO of Catholic Relief Services, the official international humanitarian agency of the Catholic community in the United States. He is a 34-year agency veteran who has held a wide variety of leadership roles overseas and at agency headquarters in Baltimore, Maryland.

From 2012 to 2016, Sean served as the chief operating officer for Catholic Relief Services, responsible for Overseas Operations, U.S. Operations and Human Resources, and for ensuring CRS’ fidelity to its mission to cherish, preserve and uphold the sacredness and dignity of all human life, foster charity and justice, and embody Catholic social and moral teaching. His role was to enhance performance, stimulate innovation and position CRS for the future.

Sean was executive vice president for Overseas Operations from June 2004 to September 2012. He provided oversight for a program and management portfolio which grew to more than $700 million, serving people in more than 100 countries and engaging a team of more than 5,000 staff.

As regional director for South Asia from January 1998 to May 2004, Sean strengthened CRS’ programming and partnerships in India, Pakistan, Afghanistan, Sri Lanka, Bangladesh and Nepal. He worked closely with Saint Teresa of Calcutta and the Missionaries of Charity in Calcutta, represented CRS at the Asian Bishops Synod in 1998, and led the regional response to floods, droughts, earthquakes, cyclones and man-made emergencies. He experienced a terrorist attack by the Tamil Tigers at the Sri Lankan airport, and championed programming in Afghanistan during and after the Taliban’s rule.

Immediately before his assignment to South Asia, he served as director of Human Resources for CRS at our world headquarters in Baltimore, and previously he worked in West, Central, and Southern Africa, Costa Rica, and as the director of the CRS Nicaragua program.

Sean and his wife, Piyali, have two children, Sahana and Ryan. Sean is a member of the Church of the Resurrection in Ellicott City, Maryland. 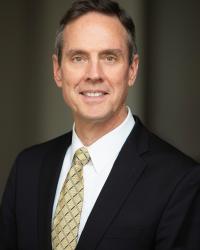