Bill O'Keefe is Catholic Relief Services' Executive Vice President for Mission and Mobilization.  Based at CRS’ headquarters in Baltimore, he oversees CRS efforts to change U.S. foreign policy in ways that promote justice and reduce poverty overseas.  This involves lobbying Congress and the Administration on a range of foreign policy issues and engaging U.S. Catholics about international issues involving them in public campaigns for policy change.

Mr. O'Keefe joined CRS in 1987 as a project manager in Tanzania and chaired the sub-regional task force on HIV and AIDS. Mr. O'Keefe next became assistant desk officer for CRS in East Africa, based in Baltimore, where he evaluated and monitored the agency's emergency relief and rehabilitation projects in Ethiopia and Sudan and helped to develop procedural guidelines for field operations. He subsequently served as desk officer for West and Southern Africa.

In 1994, Mr. O'Keefe was appointed director of CRS' flagship program Operation Rice Bowl and later became director of church outreach for CRS. In 2001, Mr. O'Keefe became CRS' director for government relations. In this capacity he led the agency's new advocacy program targeted at U.S. government officials and members of international organizations. He managed the development of CRS policies on U.S. foreign assistance and agricultural trade policy and oversaw a two-year advocacy campaign to involve Americans in policy change for Africa. He was appointed senior director for advocacy in 2003, vice president for advocacy in 2010, and executive vice president for Mission and Mobilization in 2019.

Mr. O'Keefe holds a B.S. from Yale and a master's in public policy from the Kennedy School of Government at Harvard. 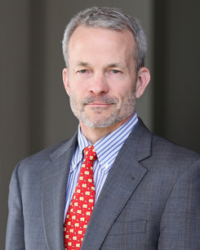