“People are migrating at great peril because they feel like they’ve run out of options.”

The reports are numerous and consistent: West African migrants headed for a better life in Europe — for themselves and their families back home — face brutality, privation, kidnapping, unlawful detention, extortion and even violent death. And still, many choose — and many more are pushed by their close friends and family — to leave.

Unemployment is indeed high in West Africa. Farming is a major means of employment so climate change puts further pressure on productivity and the economy — local and regional.

However, young West Africans contemplating migration may face pressure more powerful than staggering unemployment and economic depression brought by climate change — the fear of letting family and community down. In fact, many make the decision to leave despite effective training and job placement offered by aid agencies in their home countries.

Migrating and sending remittances home is often seen as a coming-of-age for youth. Youth feel they must migrate to improve their families’ financial and social wellbeing.

“People are migrating at great peril because they feel like they’ve run out of options,” explains Petra Suric Jankov, who runs the CRS West Africa migration project. “The pressure and responsibility on migrants is enormous, and it’s what makes our work even harder. We are not simply working with migrants who are looking for more economic opportunities. We are also working with people who are doing this in the name of their entire communities. Even if they feel compelled to give up because of hardships faced on the road, socially they really can’t. As Dinah Hannaford, a researcher from Texas A&M University recalls Senegalese sociologist Papa Demba Fall say that in a sense migrants "fear a social death more than a physical one.”

Agadez, Niger is a major transit hub for West African migrants leaving for Northern Africa and ultimately Europe. It’s also become a hot spot for human smuggling. The Church is working in Agadez to help migrants better understand the risks associated with making such a perilous journey.

In 2017, 171,635 migrants arrived in Europe through dangerous crossings of the Sahara Desert and Mediterranean Sea. Along the way physical assaults, unlawful detentions, theft, sexual assault, kidnappings, and death were all common occurrences.

CRS’ Action for the Protection and Integration of Migrants in (West) Africa (APIMA) program is working to ensure safe migration for a dignified life in West Africa. APIMA targets youth, including returned migrants and migrants in transit, as well as community members in five countries: The Gambia, Ghana, Mali, Niger and Senegal.

In collaboration with church partners, CRS has adopted a comprehensive, cross-border protection-based approach targeting youth before departure and upon return. In addition, APIMA works in communities of origin to reduce stigmatization and support the reintegration of returned migrants.

The Catholic Church on is on the frontlines of the migration crisis: Answering the call of our Church partners, we are helping them build their capacity to provide comprehensive support services for migrants and their communities.

CRS and the catholic church will give youth a choice: This migration project has made a positive impact on the lives of migrants by:

When West Africans who choose to migrate, we seek to help them move with increased agency, dignity and safety. We work toward this goal by providing economic activities and protection, and by changing perceptions about migration.

Faced with overwhelming challenges in their native country, many migrants feel the have no choice but to leave. Photo by Michael Stulman/CRS

Increasing protection by reducing risks of exploitation and abuse of migrants in transit and returning home.

Shifting perceptions around migration for youth, their families, and community leaders. 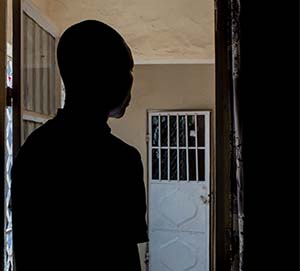 “Migrants have often gone through horrendous situations. They are traumatized,” says Francis Mendy, director of the Catholic development office in The Gambia. “It’s not enough to bring them back into the country without a program—an opportunity to settle in.  They’re coming back worse than when they left.” 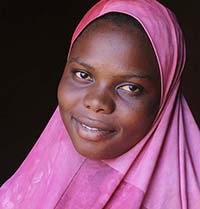 Encouraged by a family friend, who advised Sara’s parents that their daughter could earn more money for the family by working abroad, her parents agreed to let Sara migrate. Yet the journey Sara was about to take turned all their hopes into unimaginable nightmares. Traveling through the desert in a small vehicle with three dozen other migrants, Sara was abused and exploited at every point along the way. 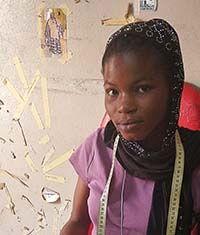 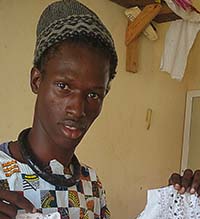 Omar Kone and Walty Deme wanted to find work that would enable them to support their families and set them on a path to a better, more secure future. Omar decided to migrate to Europe but was turned back and found himself at home and worse off financially than when he left. Walty Deme also longed to help support her extended family and considered migrating. When each encountered CRS’ APIMA program, they learned new skills that opened opportunities with promising career paths. 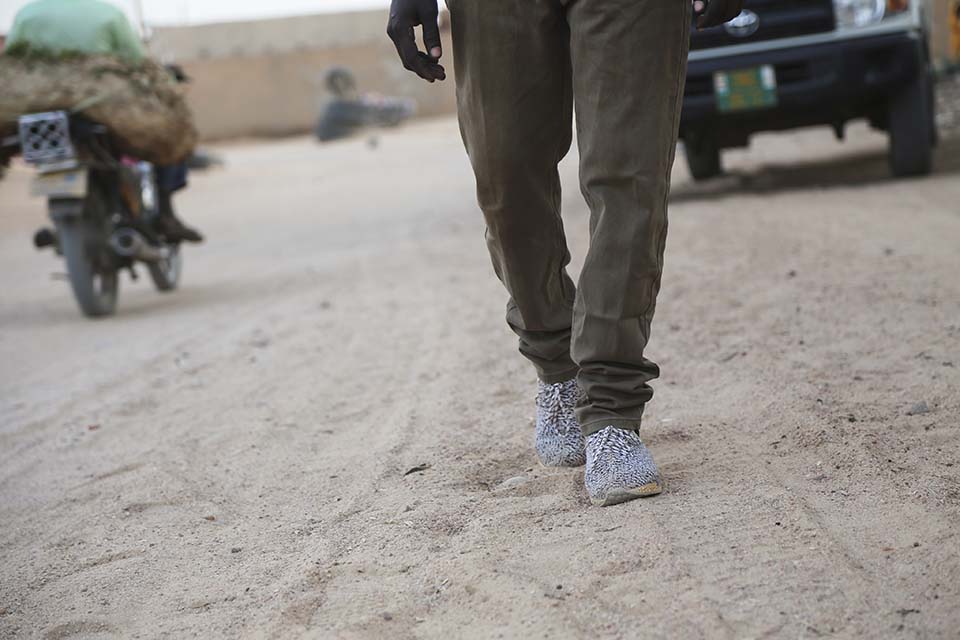 Growing joblessness in the region has significantly contributed to the number of people, especially young men, migrating internationally. Catholic Relief Services is helping the Church respond to the migration crisis in West Africa.

Your donation provides choice, dignity and global solidarity with the Church