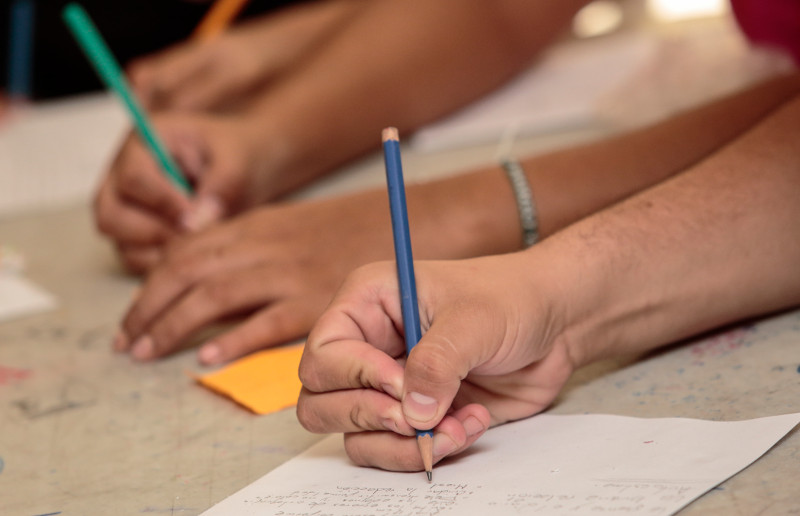 A young woman set out on a search for a job, but she found a new purpose for her life: coordinating the thousands of YouthBuild graduates so they can advocate for change to their local elected officials. Photo by Oscar Leiva/Silverlight for CRS

In August, families in the United States prepare for the start of the new school year. Kindergarteners pepper their parents with questions about what their first year will be like. Middle schoolers eagerly pick out bookbags that they hope will propel them into the cool kids group. The oldest cope with the social anxiety that characterizes American high school life.

Children in El Salvador also have worries at the start of the school year.

Like finding the safest route to school, which means the route with the fewest gang members. In some communities, gangs control the buses and demand payments from riders. Older children are pressured to join gangs, which threaten pain or death to family members if the children refuse.

In parts of El Salvador, students go to school in shifts because of overcrowding. Those who must attend later in the day may have to return home after dark, increasing their risk of becoming crime victims. Since only primary school is mandatory, many students find it easier and safer to drop out.

When the situation becomes unbearable, families move to another city, looking for a quiet spot to restart their lives.

But in Guatemala, El Salvador, and Honduras, there are few safe places. So when their lives are threatened, many children and youth leave home for a perilous journey through Mexico and into the United States.

The few that stay behind hope for a better future in their country.

Living in one of the most violent neighborhoods in the capital city, Lily* has seen and experienced much of the violence and fear that drive others to despair. Yet she managed to get good grades and graduate from high school.

Her mom, Rosa,* works at a laundromat. A single mother raised by a single mother, Rosa always hoped her daughter would escape the dangers of their homeland for a better life. But despite her good grades, Lily had trouble finding work. She slipped into depression, and developed other health problems. 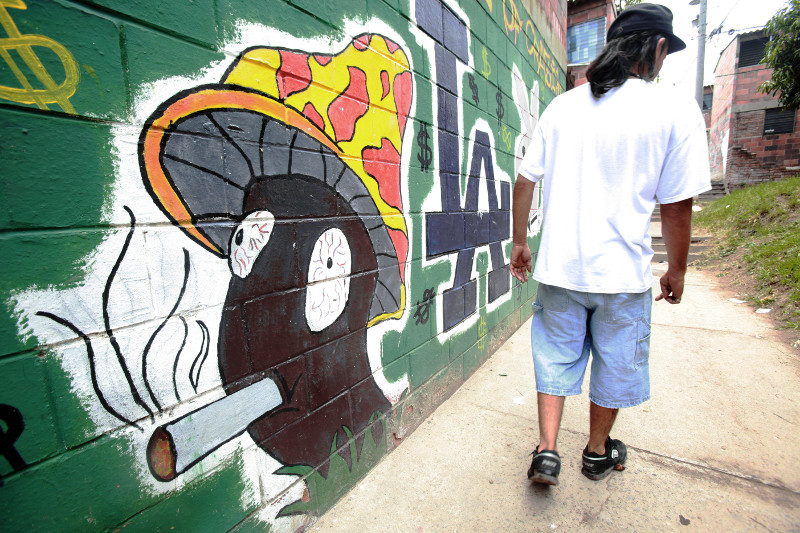 Rosa feared her daughter might get drawn into a gang—and that she wouldn’t be able to protect Lily.

Fortunately, someone distributing flyers for the YouthBuild program passed by their neighborhood, and Lily was eager to become involved.

YouthBuild is supported by Catholic Relief Services. It is part of the YouthBuild International network started in the late 1970s. Youth and young adults who are out of school or unemployed in some of El Salvador’s toughest neighborhoods are invited to participate. Based on an approach that originated in Harlem, New York, in the 1960s, YouthBuild provides life and job skills development, and entrepreneurship training; school re-entry opportunities; job placement; and social services.

It also offers psychological counseling, which helped Lily on the path back to health. As she listened to the stories of fellow YouthBuild members, her compassion for them grew, and  she began to see how the needs of young people were being overlooked by law enforcement and elected officials who assumed every young person was a gang member. She realized that she could help the most people by influencing policies that affect youth.

Lily realized that until young people were highly regarded, their needs for jobs and education would be ignored. Lily looked for opportunities to help improve their lives. When a job opened with YouthBuild, she applied and was hired.

Today, Lily has much more than what she set out for. She is gaining professional experience as she leads the YouthBuild graduate network. Now a CRS staff member, she helps connect the thousands of program graduates so they can advocate for change that will help young people develop their full potential.

“I want to lead a generation that elected officials listen to,” Lily says. “I want my elected officials to hear the voice of the young people, not briefly court it as an electorate and then discard it after the ballots have been counted.”

As the hallway fills with the voices of young people, she knows that she must pass on the lessons she has learned to next year’s YouthBuild class.

Filled with emotion, Rosa tears up when she hears her daughter’s ambitions.

“I want to cry with her,” says Lily. “I can’t believe what I am trying to accomplish. I took my mom to my office and she didn’t want to sit down for fear of it disappearing from in front of her.”

Then they held each other—and with them, the promise of a brighter future.

The YouthBuild program partners with Caritas Internationalis, Glasswing, Fe y Alegria and Agape in El Salvador, and works in an alliance with INSAFORP to build institutional and financial sustainability and scale. CRS is expanding the program model in El Salvador, Honduras, Guatemala and Nicaragua to bring about more positive change by working with partners in the private and public sector.

August recess is a key moment to meet with your members of Congress while they are out of session... END_OF_DOCUMENT_TOKEN_TO_BE_REPLACED

Watch videos on the issues of hunger and climate change here. END_OF_DOCUMENT_TOKEN_TO_BE_REPLACED