In Catholic Relief Services staffer Noura Ashour's tidy apartment—with family photos on the walls and fresh-cut flowers on the dining room table—it's easy to forget that outside is one of the most densely populated and conflict-riven places on Earth. It's when you enter the sunroom that the reality of place intrudes.

"The war was very close to here," Noura says, pointing to a crater-sized hole in the Gaza city skyline. "That's where some of the rockets hit." 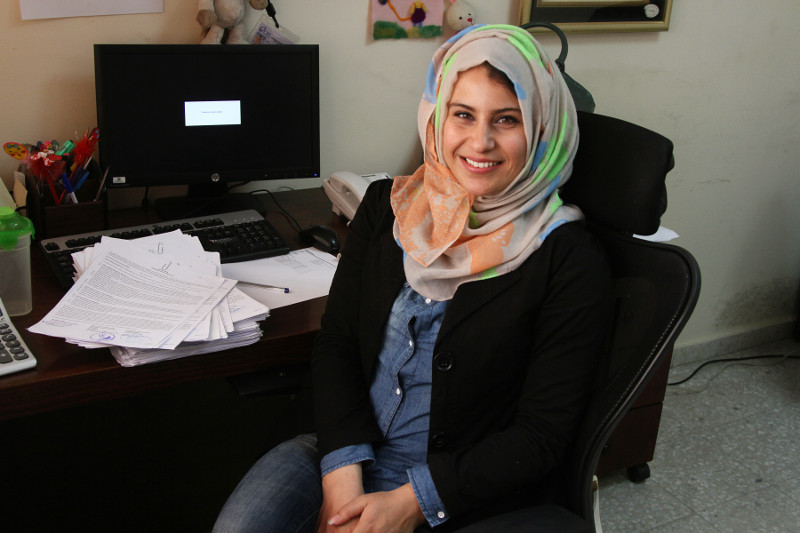 Noura Ashour went from receptionist to assistant project officer for CRS in Gaza. Photo by Nikki Gamer/CRS
Noura, 28, was born in Gaza, a sliver of land wedged between Egypt and Israel on the Mediterranean coast. For as long as she can remember, Gaza has been under duress because of ongoing violence between Israel and militant groups in Gaza. Her life, too, continues to be affected by the conflict. But instead of retreating into despair, Noura has ventured into a life of hope and help with CRS.

During one war, Noura lost her dowry to a fire. In another, her husband was hit with shrapnel that lodged in his brain. He gets frequent severe headaches and is often hospitalized for days at a time. During the latest bout of fighting in the summer of 2014, war-related stress caused Noura to go into early labor with her second child. But despite complications, she gave birth to a healthy baby girl, Julia, who left the hospital with her on the day she was born.

"The last war was very scary because there was no safe place," she recalls. "Even large buildings were bombed."

Still, Noura worked to help Palestinians hardest hit by the fighting. She finds solace in helping others, working in the most trying circumstances.

"I need to assist these people, because they need the help more than me," she says. 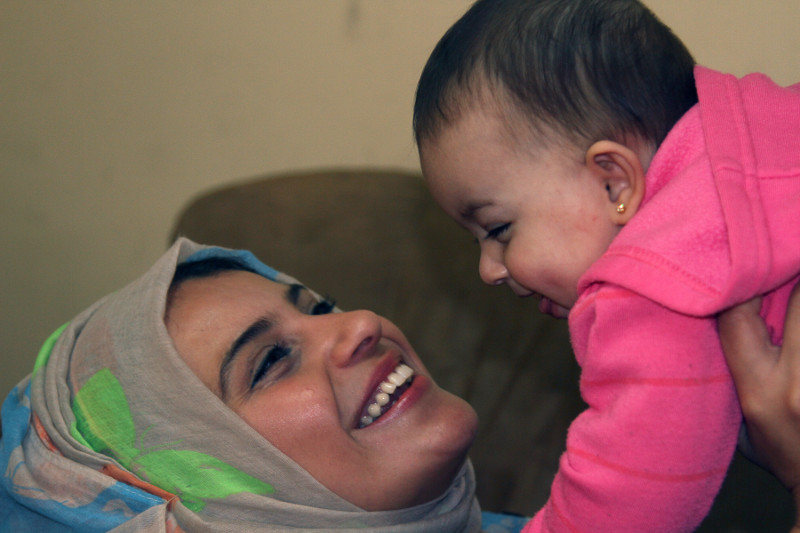 Noura gave birth to daughter Julia during the devastating violence last summer. Photo by Nikki Gamer/CRS
Noura considers herself a "daughter" of CRS. She began working with CRS 4 years ago as a receptionist, and has grown to become an integral part of the programming staff. As assistant project officer for livelihoods, one of her tasks is to spend time in the field, overseeing a CRS project to rehabilitate agricultural land badly damaged during the fighting. During one 8- to 10-day stretch, she visited hundreds of farms to personally assess the needs of the people living there.

"With the birth of her second daughter in the middle of a war zone, Noura had to deal with incredible challenges," McGarry says. "That she returned to her work with the same upbeat attitude and positive demeanor is a testament to her commitment to the mission of CRS."

As she thinks about all she's been through, Noura expresses hope—about her career with CRS, and that someday her daughters will not have to deal with the violence that has affected her own life so profoundly. Holding 7-month-old Julia high over her head—with the baby giggling—she marvels at all her family has survived.

"I will always tell my girls the stories of what we endured," she says. "But I pray that someday, we'll find peace."

Read the latest update from CRS country programs and partners around the world as they respond to... END_OF_DOCUMENT_TOKEN_TO_BE_REPLACED

Read the latest two-page summary from CRS country programs and partners around the world as they... END_OF_DOCUMENT_TOKEN_TO_BE_REPLACED