Despite a grueling journey through known trafficking hotspots in the West African Sahel, Lamin Leesay’s dream of a new life in Germany ended in Libya.

“Being there was a struggle—harder than being home,” says Lamin.  “Luckily, we weren’t killed.” 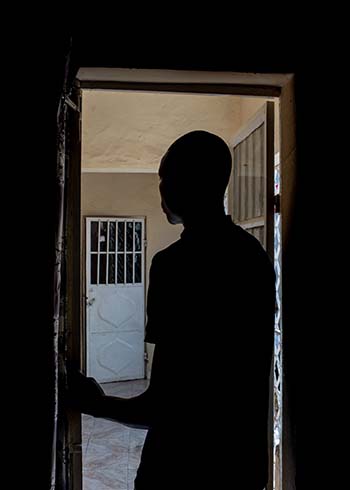 After a dangerous and difficult journey from home, Lamin Leesay considered himself lucky to return alive to The Gambia. Photo by Michael Stulman/CRS

Faced with unprecedented rapid population growth, rising unemployment, and severe climate change, thousands of West Africans feel they have no choice but to leave their homes in search of economic opportunities elsewhere. However, what they experience along the way is often not what they expect.

CRS and the Catholic Church are teaching migrants across Senegal, Mali, The Gambia, Ghana, and Niger that they have more choices—helping them understand the risks of migration, providing life skills and job training, and working with communities and youth so people feel they have other choices to live a life of dignity and security at home.

To Stay or Go?

Lamin was 19 when he began a journey from The Gambia.

“You feel like you aren’t getting anything in The Gambia, so you leave,” he says. “I thought being abroad was the only way to survive.”

With $80, Lamin left home, hoping to reach Germany so he could earn income for his family, and continue his education.

First, he reached Senegal, then Mali.

“Mali to Agadez was hard,” says Lamin, referring to the city in Niger which is the hub on the trafficking route from Western Africa into Libya. “There were more than 40 police stops.”

At each stop, Lamin paid money to private agents or smugglers, who make travel arrangements.

When he arrived in Agadez, he took a pick-up truck through the desert until he finally reached Libya after two nights.  He had to pay debts to the smugglers that had facilitated his travel to Libya. In Tripoli, he worked at an internet café for several weeks.

Without the proper work papers and permits, Lamin was arrested.

“When the police came— I lost many friends,” says Lamin. “The police took everything away from us. We stayed in a 12x12 foot room with 47 people. We couldn’t sleep. Some people had been there a year.”

“I considered myself lucky,” he says. “The only way out of prison is money.”

‘A victory for us’

Returning back home is also a difficult journey. 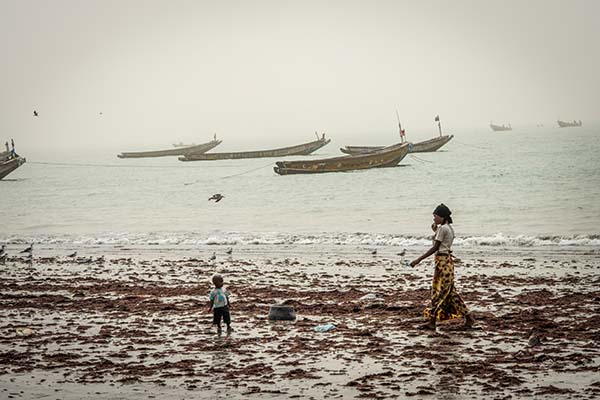 CRS is partnering with communities to ensure safe migration and for dignified lives in West Africa. Photo by Michael Stulman/CRS

Many migrants are exposed to trauma and physical abuse in detention, and they reach home with shattered dreams. Many more report being afraid to go home—afraid of what their families will think of their failure to reach Europe — their failure to achieve a better life not only for themselves, but for their loved ones as well.

“Migrants have often gone through horrendous situations. They are traumatized,” says Francis Mendy, director of the Catholic development office in The Gambia. “It’s not enough to bring them back into the country without a program—an opportunity to settle in.  They’re coming back worse than when they left.”

With loving support from his brother, Lamin found his footing.

“I felt thankful he could return because others died. It was a victory for us,” says Lamin’s brother, Yusupha Jattah.

Lamin also received training from the United Nations so he could start a construction business.

“People lack support, that’s why people leave, but if they feel empowered, they will stay,” says Lamin.

August recess is a key moment to meet with your members of Congress while they are out of session... END_OF_DOCUMENT_TOKEN_TO_BE_REPLACED

Watch videos on the issues of hunger and climate change here. END_OF_DOCUMENT_TOKEN_TO_BE_REPLACED