Weathering Storms in the Philippines

Thirty-five years ago, the land stretching in front of Rebecca Macaraig Yumang's home looked like a picturesque jigsaw puzzle. Rice fields bordered homes, which bordered small sari sari, or snack shops, and tire repair stands, which opened into a massive field where children gathered to play soccer and shoot hoops on the community basketball court.

"Before the 1990s, there were only three houses here," Rebecca recalls. "Rice fields surrounded us, and children would come to play. I had a much bigger shop because I had plenty of space."

Although her house is where it always was, the view outside Rebecca's window now is radically different. Instead of lush fields and open space, murky water 6 to 12 feet deep surrounds her house. Homes are crammed together, built on stilts that are raised often as the water creeps upward.

"Between 1991 [and] 1996, the water began to rise. Before we had a strong house built on the ground, but the rising water—maybe from digging in Manila Bay—forced us to 'upgrade.' We had to build a new raised home. And we've been raising it every year since. We try to make jokes about our 'upgrades,' but each time I feel sad." 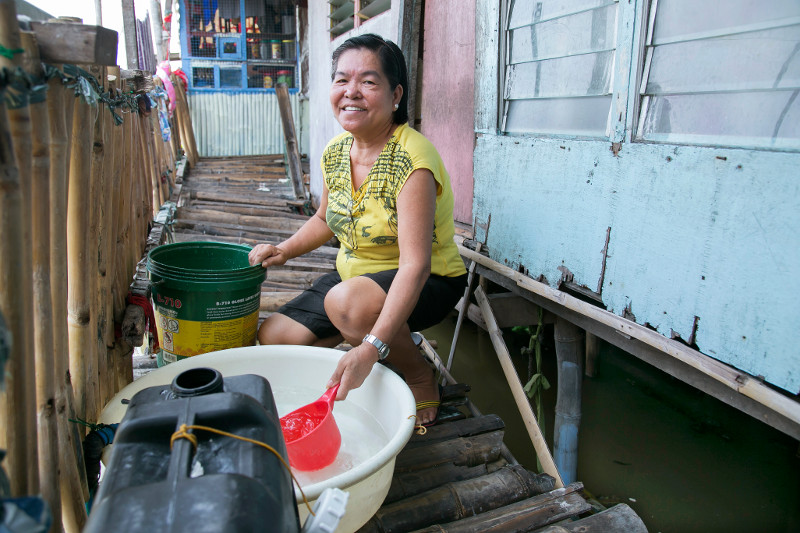 Rebecca Macaraig Yumang does chores in front of her home, which she has had to raise on stilts in recent years because of rising water in the Philippines. Photo by Jennifer Hardy/CRS

The changed scenery outside Rebecca's home in the Lawa barangay, or neighborhood, of Obando is a snapshot that captures the hardships in hundreds of low-income communities in greater metro Manila.

Families live over water in weak houses with no access to toilets, a daunting problem when multiplied over many poor communities throughout this megacity of more than 12 million. That problem becomes even more complicated when the rainy season brings floods, or a typhoon whips through flimsy construction. The overcrowding occurred as families moved from rural areas to take jobs at plastics factories. They can afford to live only on the cheapest land—in this case, land that is no longer land at all.

"Housing costs here are very low," Rebecca explains. "Here people can get the right to build over the water for [$222], because the land is worthless to the owner. Buying land in a place that is not flooded would be more than [$6,680]. People live here because it's the only place they can. We get more crowded as new families come for the factories." 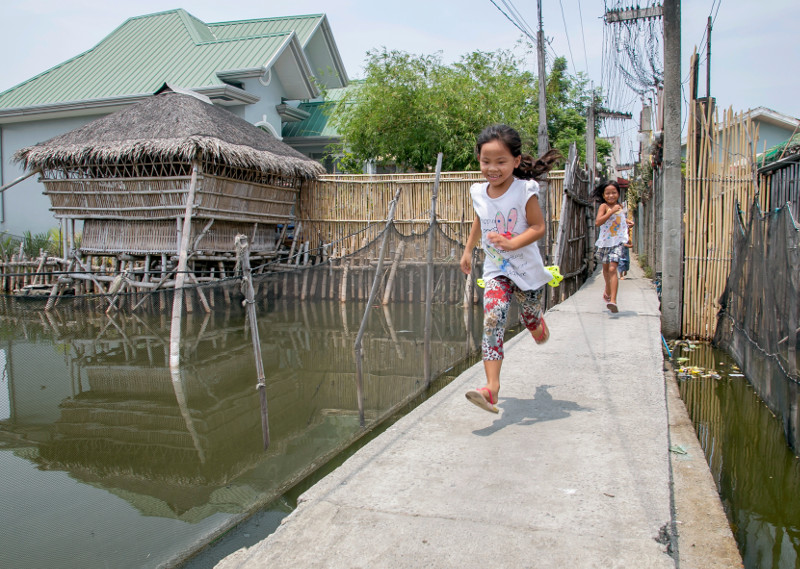 Girls run from a main road into a flooded neighborhood in the Philippines. Before CRS began working with communities to organize monthly cleanups, these waterways were clogged with garbage. Photo by Jennifer Hardy/CRS

More families generate more garbage and human waste. All of that garbage clogs drainage systems, causing water levels to rise in regular conditions and setting the community up for a major disaster in a strong typhoon.

But there is no option for families to move to more suitable land that is still within commuting distance to the factories.

Catholic Relief Services, with funding from the U.S. Agency for International Development, is working to make neighborhoods like Lawa more resilient to storms that are hitting the Philippines with greater frequency and severity.

The effort includes organizing residents to regularly clean up garbage from the water to allow for better drainage. It won't make the water fully recede, but at least there can be some runoff in the event of a major storm.

Community members pull garbage out of the water in the hot sun with no more incentive than snacks and knowledge that they are improving their neighborhood. And most of the volunteers are women, as men often work 7 days a week in the factories. Rosalin Zamora doesn't even live in a flooded area, yet she participates in the monthly cleanup.

"I wanted to help the community with my daughter," says Rosalin. "It gives me pride in my neighborhood, and volunteering with my daughter teaches her good lessons. We want to be ready for the next big rain or typhoon, because bad flooding will hurt all of us."

Despite the shocking condition of her community—houses cramped together over polluted water—Rebecca and her neighbors clearly have pride in their homes and surroundings. Residents of this corner of Lawa beautify their homes with paint and window treatments. They clean meticulously, every day, even as garbage and waste float below. 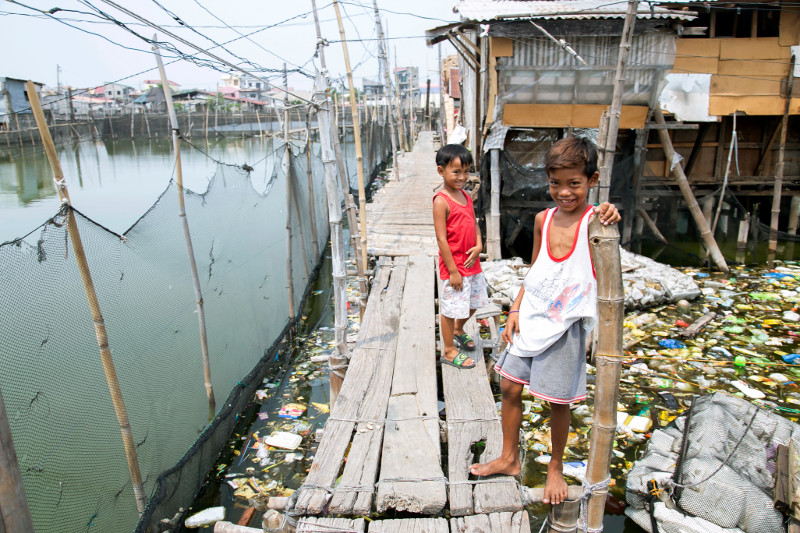 Community volunteers will clean up garbage that clogs drainage systems as part of a partnership to make neighborhoods more resilient to storms that are hitting the Philippines with greater frequency and severity. Photo by Jennifer Hardy/CRS

Rosalin plans to continue volunteering for cleanups, in addition to attending disaster planning meetings and training, and sharing messages about how to prepare for the next major disaster with her neighbors. "It's people cooperating here that will make things better," she says.

Rebecca, perched on a low plastic chair balanced above a perilous bamboo walkway, looks forward to more community cleanups and other efforts to make her home safer and more comfortable. In addition to fewer rats, she notes that, "After the first few months of cleanups, the smell is better. Before we could not escape the bad smell. It made me sick with headaches. Now there are fewer mosquitos. And look!" she adds, pointing toward the water. "Now we can see the fish. Before it was an island of garbage."

The view outside Rebecca's home looks like a different kind of jigsaw puzzle now than 35 years ago, with mismatched houses sharing walls and rickety bamboo walkways linking families over the expanse of dark water. She and her neighbors will likely be among the first and the most severely affected by additional flooding and increased rainfall in the future, as metro Manila grapples with climate change. Helping families like Rebecca's be better prepared for extreme weather is a critical step as we aid the most vulnerable communities in the face of a changing climate.

Find out more information about CRS' work in the Philippines.

Pray and reflect with your community on our call to respond to the needs of our sisters and... END_OF_DOCUMENT_TOKEN_TO_BE_REPLACED

Reflect on the impact climate change has had on our planet and pray for the Holy Spirit to change... END_OF_DOCUMENT_TOKEN_TO_BE_REPLACED