Transforming Lives in Ethiopia with Gardens and Savings

Photo by Fikru Dessalegn for CRS

Ethiopia is in the midst of its worst drought in 50 years, putting more than 10 million people at risk for starvation. Prolonged drought, erratic rainfall and land degradation are posing challenges that have pushed people to the edge.

REAAP, the Resilience through Enhanced Adaptation, Action-learning and Partnership, is a 3-year program led by Catholic Relief Services and funded by the U.S. Agency for International Development. It works with communities in some of the most vulnerable districts in Oromia state.

Families are building resilience against disasters like drought. They are learning about their risks and adapting new practices and technologies to plan for the future.

These are their stories.

Muktar Muhamed has a large family to feed, including two children under 5 years old.  Feeding them during a drought proved to be very difficult.  But then his family started a simple garden and things changed for the better.

With help from REAAP, Muktar learned the benefits of keyhole gardens. Keyhole gardens are small, raised-bed gardens that need minimal amounts of water. They can provide nutritious vegetables even during drought. Muktar created his garden on an idle plot of land. 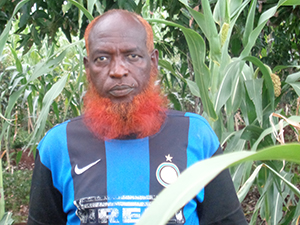 Muktar also received advice on the best way to plant his crops. He is now using techniques like intercropping and crop rotation to increase his yield.

“I have sown maize and sorghum side-by-side so that the land will be always fertile. And when I harvest one crop, the other crop will still cover my land. I also sow groundnut under maize and sorghum,” he says.

Muktar says producing vegetables in his keyhole garden has saved his family about $30 in food expenses in one planting cycle.  Any surplus is sold to his neighbors and the local market. What’s even better is that he is feeding his own family.

“Vegetable crops have vitamins for our children and mothers. We started consuming the vegetables,” says Kado Umer, Muktar’s wife.

Tofik Gadise Hassen also has a large family to feed, and has seen the benefits of the keyhole gardens.

“We have sown carrot, beetroot, lettuce and cabbage in the keyhole gardens. We feed our children, pregnant and lactating mothers so that our children will perform best in their education,” he says. 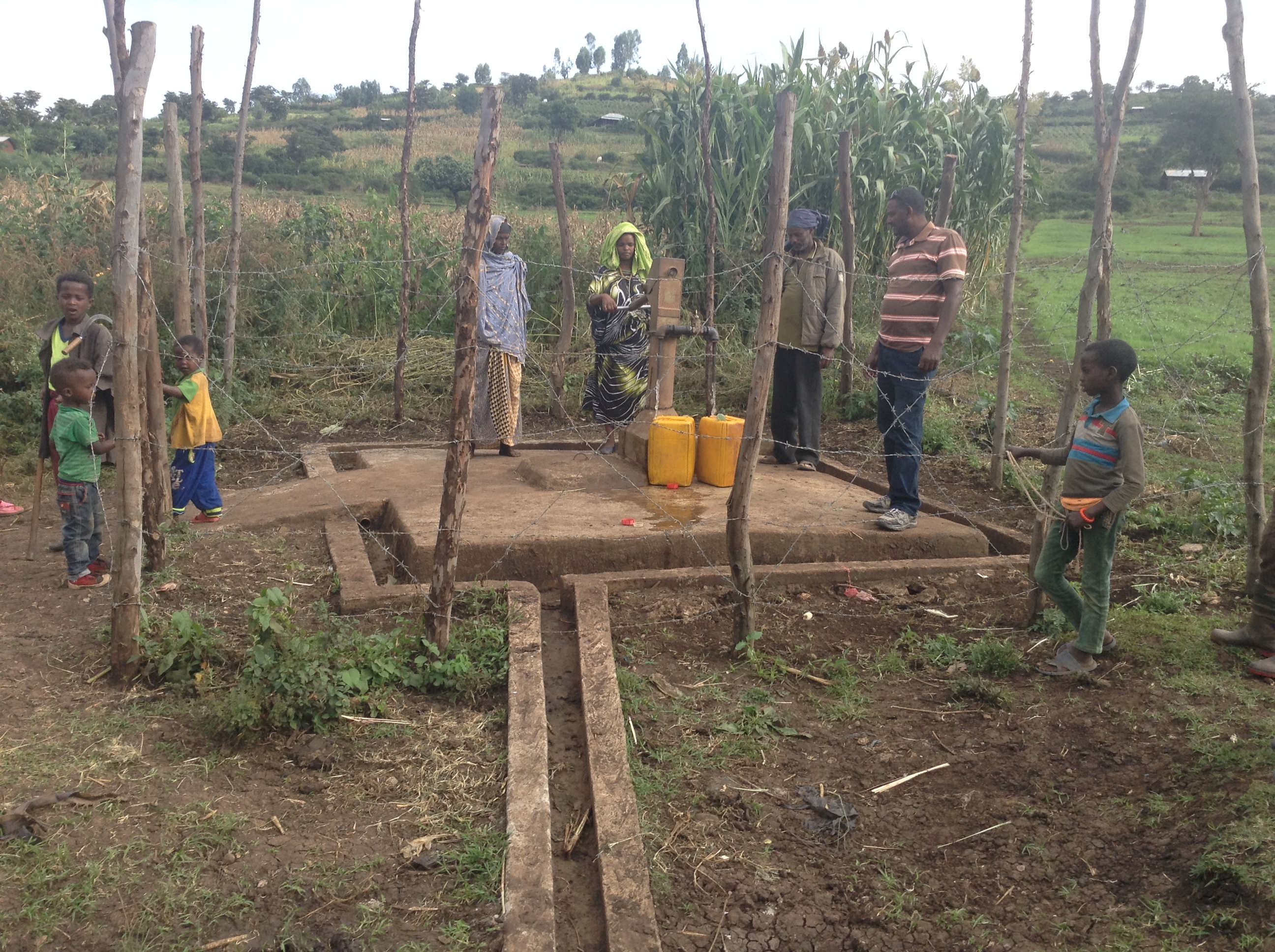 Communities who have identified land and soil erosion as problems in their villages are building terraces on hillsides and working on reforestation projects. So far, 31 miles of hillside terracing has been built and 177,162 tree seedlings have been planted through REAAP. The communities are also using hand tools to dig wells and create community ponds to collect rainwater.

These success stories are being shared. Both Tofik and Muktar are showing their neighbors the benefits of the farming practices, and teaching others how to adapt to changing weather conditions.

“We need to work strongly together to feed our families. If all of us work hard, it will be possible to be resilient during bad times like this year,” Muktar says.

Sada Mohamed, 28, lived through every mother’s worst nightmare: not having enough food to feed her children.  Her 1-year-old daughter became so malnourished that she had to be taken to a nearby health facility, where she was nursed back to health. Sada’s daughter became stronger, but there’s also another happy ending to this story. Sada joined a Savings and Internal Lending Community (SILC), where women pool together their savings, enabling members to take loans and repay them on agreed terms.

Due to the frequent drought in Ethiopia, Sada’s family often experienced financial instability and food shortages. Sada knew she had to do something to become more resilient. 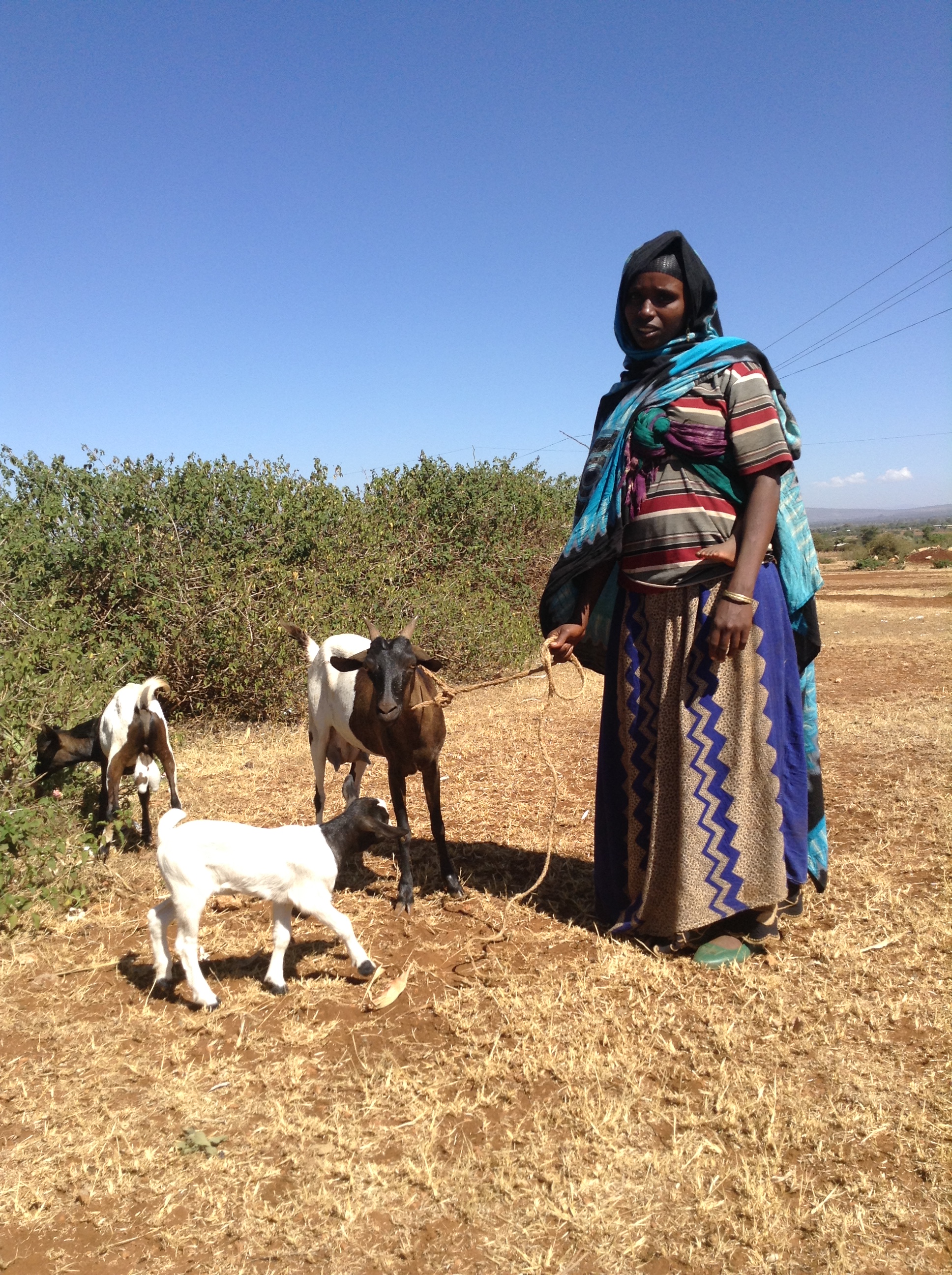 Sada Mohamed says savings and lending groups have helped her feed her family and increased financial stability. Photo by Ketema Kebebew for CRS

She found her answer in SILC. SILC groups help thousands of women, and their families improve their economic situation by starting small businesses, buying livestock or even sending their children to school.

Sada took a loan of $24 from her group and bought a pregnant goat. She also started buying and selling eggs and vegetables.  With the income, she paid back the loan within three months. She also contributes to the group saving, which allows other members to take out loans.

“Previously, I was a housewife who expected everything from my husband,” Sada says. “Now, things have changed for me thanks to the support of REAAP. I learned how to make small money big, how to generate income out of it, and how to use the money to feed my children well.”

“I use the goat’s milk in the children’s porridge,” she says. “For myself, I use the milk in my meals since I am breastfeeding my child. Goat milk is like a medicine for children.”

Group members say SILC was their lifeline during drought.

“SILC helped us escape hunger. I spent every penny I earned from SILC to purchase food for the family. SILC reduced my worries of not being able to feed my family,” says Abaynesh Tadese. “The benefit of SILC is beyond the money. We developed a feeling of belonging to each other. Whenever a problem or emergency occurred in a member’s household, SILC members are the first to show up to help.”

Participating in savings and lending groups often empowers women to make their own decisions for their family. Jenate Mohammed, 32, says her family often did not have enough money to buy food, and her husband usually decided what was purchased. 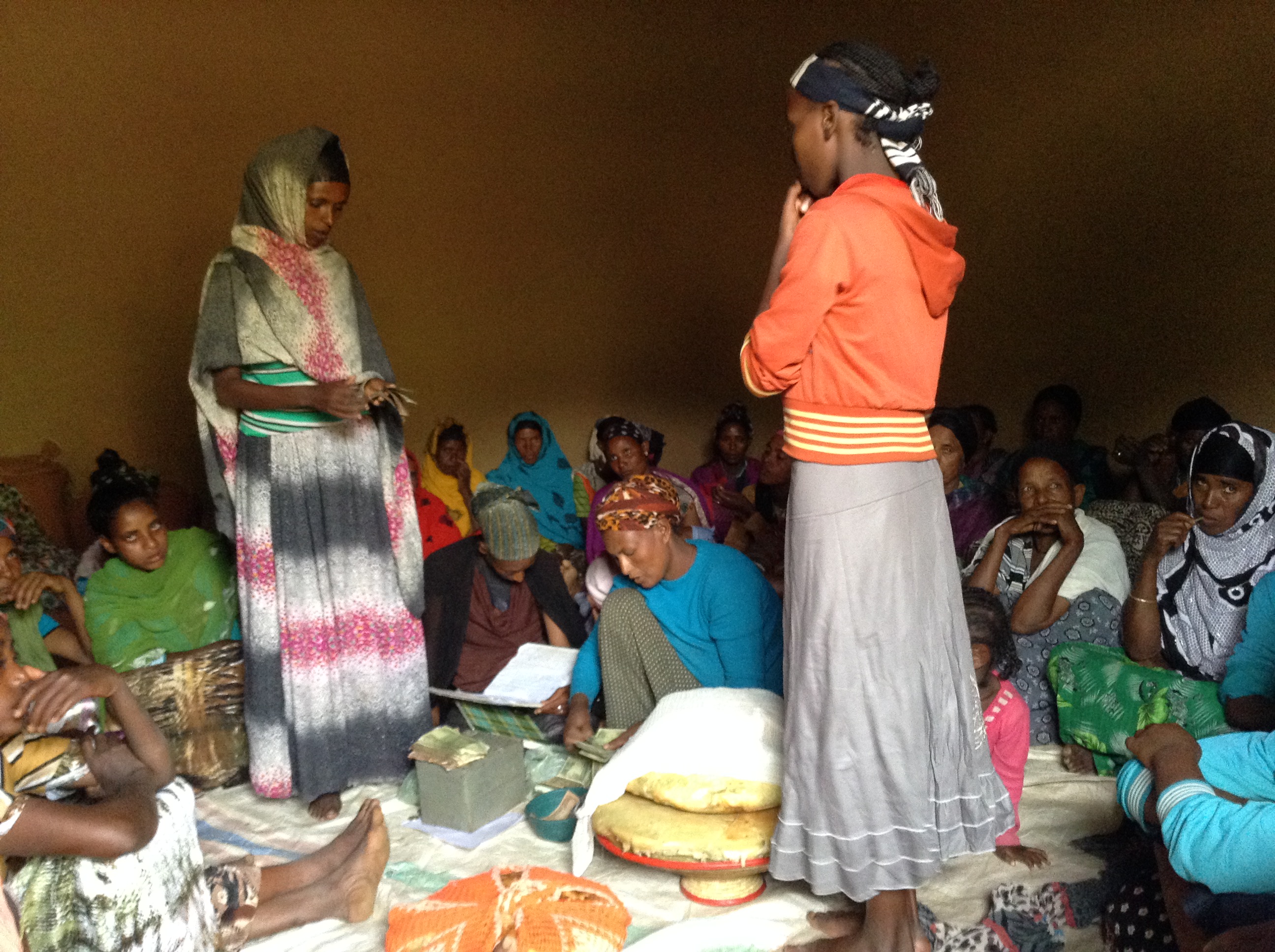 SILC (Savings and Internal Lending Community) groups allow women to save and take out loans to feed their families or start businesses. Photo by Fetiya Ahmed for CRS

Jenate joined a SILC group, and she now makes decisions for her family. She bought goats and seed, and even added another source of income by joining a small cooperative of women who build and sell fuel efficient stoves. These stoves use less firewood or charcoal and contribute to more sustainable land management.

“Women need financial education to improve their skills and their savings, and strengthening their decision-making power within the family and the community,” Jenate says. “REAAP has opened my eyes. I learned the importance of involving women and how continuous, coordinated and hard work makes a difference in our lives.”

Sada agrees. She encourages other women in her community to join savings groups to build resiliency.  There’s also added benefits.

“SILC improves my relationship with my husband because I manage to buy household items such as soap and iodized salt. Even our love increased. I get no questions for minor expenses,” Sada says.

Pray and reflect with your community on our call to respond to the needs of our sisters and... END_OF_DOCUMENT_TOKEN_TO_BE_REPLACED

Reflect on the impact climate change has had on our planet and pray for the Holy Spirit to change... END_OF_DOCUMENT_TOKEN_TO_BE_REPLACED