Training and Healing for Congolese Families

“I am optimistic for the future, the children are the priority, and that they are educated and on the right path."

When Josephine Kaseka* started losing weight and suffering from extreme fatigue in 2007, she was encouraged by her sister to visit a nearby health clinic for testing. When she received the results—a positive HIV status—Josephine was distraught. “When I found out, I was so hurt, emotional. I was crying,” she says.

Josephine had contracted the HIV virus from her husband. He had fallen sick and begun treatment, but because of the strong stigma associated with HIV he hid the news even from his own wife. “After I came back from the hospital, I confronted my husband. At this point it came out in my family,” Josephine says, adding, “It was a difficult period.”

From this point, Josephine and her husband struggled to raise their three children. “It was hard to put the kids through school. I was discriminated against because of my status. I was really rejected by my family and my husband’s,” says Josephine.

Then in 2017, Josephine was admitted into the CRS 4Children program, which was established to help children and families like Josephine’s who are affected by HIV. 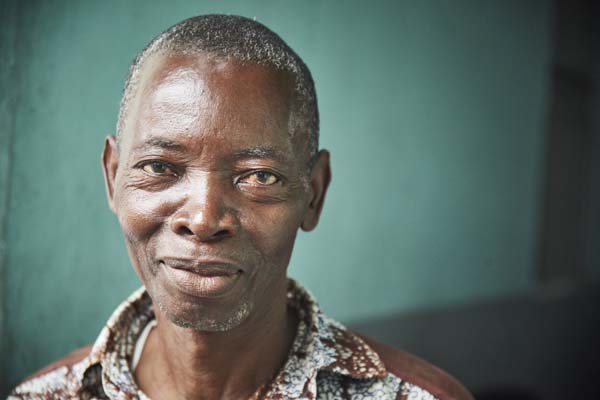 "Stigmatization is common, which is why people living with HIV often live in hiding," says Henry Mbuyi, former Monitoring and Evaluation technical advisor for 4Children. "This creates a lack of recourse to HIV care and in turn results in a worsening of the infection.  As the symptoms of HIV progress, the body becomes weaker and the ability to undertake physical activity more difficult. At this point, the emergence of economic vulnerability and financial instability for people living with HIV arises."

Funded by the U.S. Agency for International Development, 4Children improves the health and well-being of vulnerable children and their families affected by HIV and AIDS and other adversities. In the Democratic Republic of the Congo, the project supports key government agencies to ensure a functioning social welfare system that is HIV- and child-sensitive. 4Children also delivers a package of services for affected families, including case management, strengthened referral systems, and support through savings groups and educational stipends. By promoting positive parenting practices, mothers and fathers learn about the importance of demonstrating affection for healthy child development.

With the support from 4Children, Josephine was able to gradually get back up on her feet.

“I was enrolled in a loan group and was able to borrow money. With the money, I began traveling to the border with Angola, buying products and traveling back to sell them—shoes, plates, soaps,” says Josephine. “In 2018, the 4Children program paid for the children’s school fees. In 2019, I was able to pay for the school fees of my two daughters with my own savings.”

The program also supported Josephine with health care assistance for the children. Aimé Bongwa, a caseworker for CRS partner, the National Network of Community-Based Organizations, guided Josephine through the process of obtaining birth certificates for her three eldest children that would prove their nationality. This gives them access to other services, allows them to travel and to enroll in university one day.

After 18 months in the program, Josephine was evaluated and successfully graduated, having reached economic autonomy. For the birth of her fourth child, Josephine was able to pay for the medical costs herself thanks to the savings from her small business she launched with assistance from the loan group.

“My husband and I now collaborate. We are really in harmony,” says Josephine. “The project helped us to support our children and pay for our rent. The extended family has understood that we can live a normal life. I am better off now than even before.”

“I am optimistic for the future, the children are the priority, and that they are educated and on the right path. I want them to take care of themselves and the family. I want them to succeed. My vision is that they can become important figures—do anything they want with their lives.”

"When there is someone really stuck in the mud, in a really difficult place in their life and you can pull them out, it really brings me joy think I have helped someone, amongst the many," Aimé says.