They Said It Couldn’t Be Done

Photo by Sara A. Fajardo for CRS

When the President’s Emergency Plan for AIDS Relief, known as PEPFAR, was announced in 2004, we knew CRS had to get involved. We had already been caring for the sick and assisting their families as the AIDS pandemic swept through many countries. Although antiretroviral medications made the disease manageable in richer nations, the treatment was far out of reach for the poor. Many experts were saying it was too difficult to deliver complex treatments to remote areas and impossible to expect far-flung populations to adhere to the strict treatment regimens. 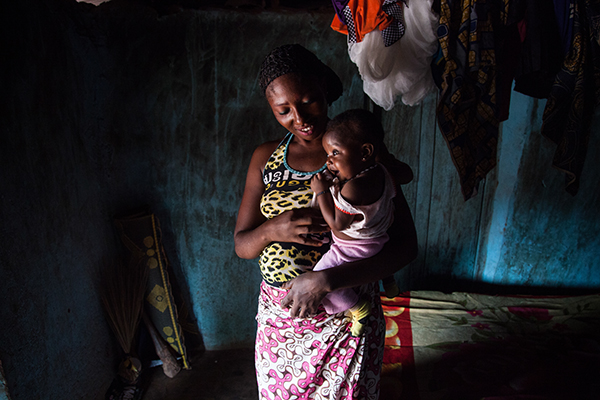 Victoria Dale Emmanuel with her daughter Princess at their home in Nigeria. With the help of the community volunteer, Emmanuel received antiretrovirals and help to start a clothes-selling business. Photo by Laura Elizabeth Pohl for CRS

PEPFAR changed that, as billions in federal funding were allocated to pay for the drugs. CRS formed the AIDSRelief partnership with our neighbor in Baltimore—the University of Maryland’s Institute of Human Virology, which does cutting edge research on HIV and AIDS. The consortium also included the Futures Group, the Catholic Medical Mission Board and IMA World Health. PEPFAR gave AIDSRelief responsibility for the program in 10 countries—Ethiopia, Guyana, Haiti, Kenya, Nigeria, Rwanda, South Africa, Tanzania, Uganda and Zambia.

To be honest, this was not CRS’ area of expertise. We knew little about the health services already in place in these countries. But we knew that even in countries with limited medical systems, we could build on faith-based health networks. These networks provide a vehicle for critical community support.

CRS’ alliance with churches provided a team of community workers who reached out to often desperately poor patients wherever they lived—in cities or hardscrabble countryside—keeping them on track with their complex treatments. These community members also helped address myths and stigma surrounding HIV and AIDS patients. And they were a critical part of the support network for another focus of our work—orphans and other vulnerable children affected by the pandemic.

As Michel Sidibe, executive director of UNAIDS once said, “You reach the unreachable. You give voice to the voiceless.” 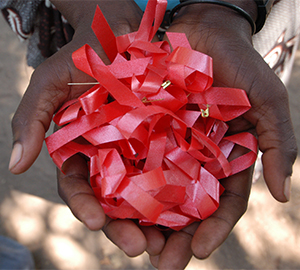 PEPFAR had made it clear that faith-based groups would be involved because of our long-term commitment to health care in the region. Even so, it was controversial to include a Catholic group because many believed condoms were the only way to stop HIV. Yet AIDSRelief never purchased, promoted or distributed condoms. We did give patients an honest assessment of condoms’ efficacy—emphasizing that abstinence before marriage and fidelity after marriage were the only sure way to avoid HIV. In PEPFAR’s early days, few professionals working on HIV and AIDS paid attention to the CRS approach. But when widespread distribution of condoms failed to stem the virus, many began asking about CRS’ emphasis on behavior change.

After almost a decade, AIDSRelief was able to transfer its PEPFAR programs to our local partners, who are now using the national, regional and local systems we built together to achieve even better results. AIDSRelief was an exemplary partnership involving the U.S. government, CRS and others here in the United States, as well as various local groups in all 10 countries. Working together, AIDSRelief delivered HIV care and treatment to more than 700,000 people, including antiretroviral therapy for 400,000. And it built structures and systems to ensure that CRS’ work will continue saving lives for generations.

Learn more about our HIV programs