In Lesotho, through the President’s Emergency Plan for AIDS Relief DREAMS program that focuses on young women, 4Children’s work make it possible for vulnerable young people to overcome what often seem insurmountable odds. Some of them, like 17-year-old Kelibone, flourish and become leaders themselves, further strengthening a community’s ability to support its members.

"I now know that my destiny is not in the hands of other people."

Kelibone is a 17-year-old girl living in Limpompong village in Lesotho.  She attends secondary school, regularly takes her antiretroviral medication, and should have been filled with dreams for the future.

Instead, “I felt so lonely because even my agemates discriminated against me due to my HIV status, Kelibone says. “They even called me names. I was always mocked and provoked by them, as a result it was so hard for me to accept my HIV status and live positively. At times I even thought of killing myself.” 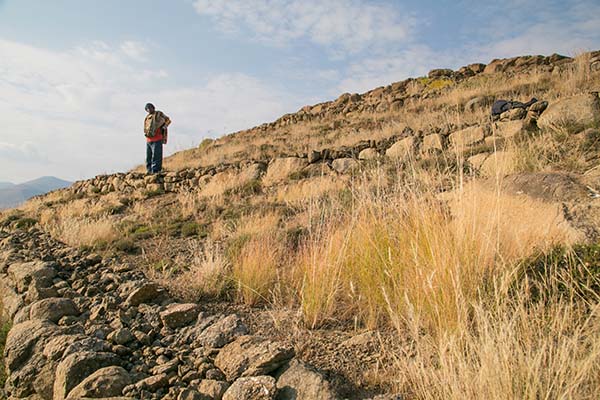 Through capacity building with young women and strengthening social systems, 4Children helps build an environment in which young women can dream about their future. Photo by Nancy McNally/CRS

The discrimination that Kelibone felt was compounded at home. Since both her parents had died, she was living with her brother and sister-in-law, who would yell at her for the smallest mistakes.

The local chief encouraged Kelibone to join the group.

“Knowing my situation, it was difficult for me to interact with other friends,” she says. “I just joined the group not to disappoint my chief. She was the only one who always gave me a shoulder to cry on during my difficult times.”

The Aflatoun sessions on social inclusion, and rights and responsibilities began to change the attitude of some of her friends.  And after some time, Kelibone started to enjoy the sessions and even disclosed her status during one of the sessions.

“I told myself that I am not defined by my HIV status and felt it that it was my time to close the chapter of sorrow and low self-esteem and begin a new life.”

In the SILC group, everyone in the group was saving except for her. Kelibone thought that she had nothing, that she was too poor to save anything. But one day a field supervisor bought her a packet of snacks and sweets for her to sell at school. As soon as Kelibone experienced the thrill of selling and saving, she was unstoppable.

“I am now confident and no longer described by low self-esteem” she says. “I know who I am, and no longer stopped by criticism. I now know that my destiny is not in the hands of other people. No matter what, I am a conqueror.”

Kelibone assumed a leadership role, encouraging her friends to plant vegetables to supplement their income. She was elected to the SILC management committee.

This project is made possible by the generous support of the American people through the United States President’s Emergency Plan for AIDS Relief (PEPFAR) and the United States Agency for International Development (USAID) under cooperative agreement AID-OAA-A-14-00061. The story contents are the responsibility of 4Children and do not necessarily reflect the views of USAID or the United States Government