Chrisantus and Angela Nchimbi, two young parents from Inyala village in Tanzania, first learned to bond with their baby when Angela was around 12 weeks pregnant. A few months later, their bonding may have helped save their son’s life.

Last year, Angela participated in educational sessions through a UNICEF-funded Care for Child Development program implemented by Catholic Relief Services in Tanzania’s Mbeya region. Care for Child Development is a holistic, early childhood development initiative that teaches families about the importance of communication and stimulation activities, both during and after pregnancy. Through play and communication, parents also learn to be more sensitive to the needs of their children.

Angela Nchimbi plays with her 5-month old infant Jaehyden at her home as part of a child development initiative.

“Stimulation of the child should start during pregnancy,” Angela says, upon returning from one of the sessions.

“That was something new for me,” says her husband.

Chrisantus and Angela, who both work at a nearby health clinic, started practicing the stimulation activities with their unborn baby right way.

“When we woke up in the morning, we would start talking to the baby. By then we had already given a name to the child, so we would start by saying, ‘Jaehyden, how are you? How have you been? Did you sleep well?’” Chrisantus says.

“At the beginning, the child was not responding, because at the time it was only three months into the pregnancy. But at five months, Jaehyden started to respond,” says Chrisantus.

“It was something that became a routine and it was good for us,” Chrisantus says. “The child was kicking and responding, sometimes almost 50 times. I am very proud that my baby discovered my voice before he was even born.”

Then one day, almost nine months into the pregnancy, baby Jaehyden stopped responding.

“We discovered there was a problem because the whole night the child didn’t respond to anything. He wasn’t kicking. That brought concern to us and we thought that maybe something was wrong with the child,” Chrisantus says. 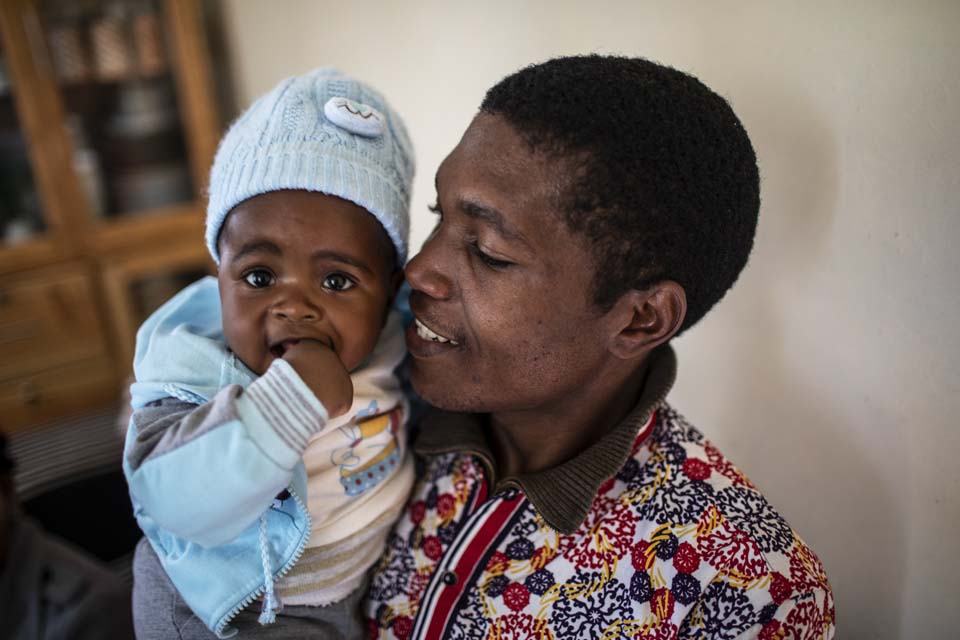 In the morning, they went to the clinic for a consultation. “The fetal heartbeat was ok, but the baby was still not kicking. After several hours of the baby not responding, we decided to go for further help at the bigger hospital,” Chrisantus says.

The doctor conducted an ultrasound and they learned that the issue was fetal malpresentation, meaning that the baby had moved into an abnormal position which could result in a prolonged or difficult delivery.

The doctor explained that while it was not a major problem, it could have led to far bigger complications if not discovered early on.

“Knowing about early stimulation of the child during pregnancy helped save this baby’s life,” says Chrisantus. “Without my wife and I knowing about stimulation, we wouldn’t have discovered that the baby was not kicking or responding.”

“I am very proud of our baby because he was born very active, and he is very active still,” Angela says.

The proud parents continue to talk to 5-month-old Jaehyden often and stimulate his mind through play. They also make age appropriate toys such as rattles and dolls from recycled and locally available materials.

“The baby likes the toys,” Angela says, pointing out that play and interaction have helped Jaehyden be more confident and engaging. “When I take him for clinical services, they call him ‘Big Brother’ because he does things that are not normal for a child of his age. He is more active than others.”

CRS’ David Mugassa, project officer on the Care for Child Development program, says Angela and Chrisantus offer a positive example of parenting in their community. 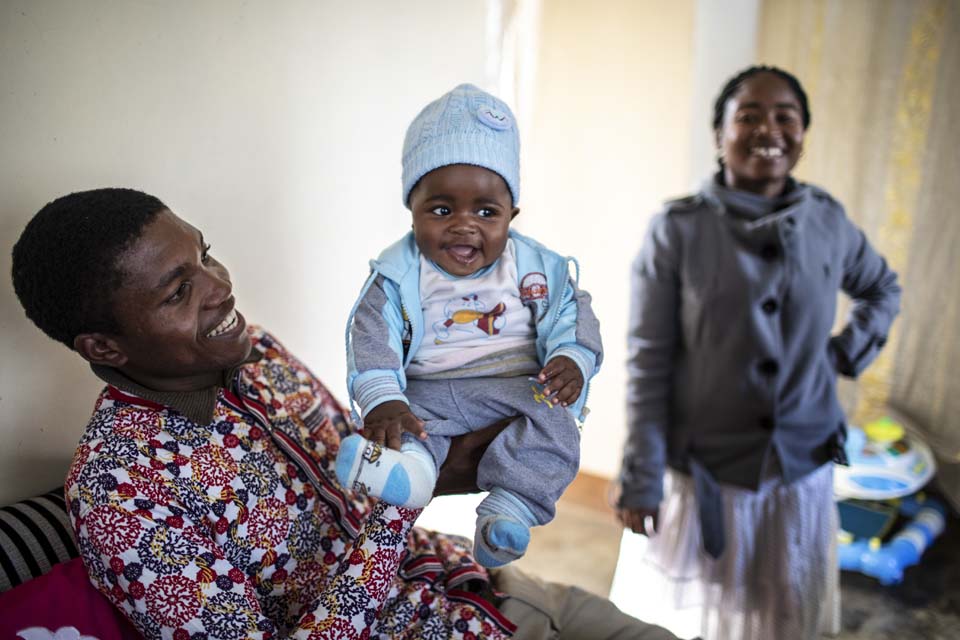 Chrisantus Nchimbi and his wife Angela Nchimbi play with their 5-month old infant Jaehyden at their home. Both are clinical officers at a nearby health facility, and are taking part in a program aimed at reducing incidents of stunting.

“A child needs to be raised in collaboration with the mother and father. If one side is not supportive, you may find that the child is being raised in an imbalanced way. So, we want fathers to do their part in terms of interaction and in terms of developing play materials for the children,” David says.

“We are doing a lot to ensure that caregivers understand the importance of playing with their children. This is creating a relationship that can really mean a lot now and in later years,” David adds.

Through their work at the clinic, Angela and Chrisantus now teach other parents about the importance of play, stimulation activities and communication during group sessions and one-on-one counselling. They even give homework assignments to the parents.

“When they come back the next time, they have to bring the play materials they’ve made,” Chrisantus says.

He says they still face resistance on some fronts but are slowly changing perceptions.

“One of the biggest challenges in our culture is that many people feel that you can’t talk to a small child because it won’t understand,” says Chrisantus. “People have started to change, and you can see that the children are starting to be more active.”

Angela, meanwhile, tries to appeal to the common sense of parents.

“Many people complain that children are more stubborn at night, that they are not sleeping. But if the child plays the whole day, when it comes to the night, he is getting tired and he sleeps throughout the night. And that is good because then we can all get enough rest,” Angela says.

Help Babies Around the World