Phot by Daniel Etter for CRS

Frank Emmanuel Lupemba’s landlady was shocked when she saw him bathing his 8-month-old daughter, Yustina. 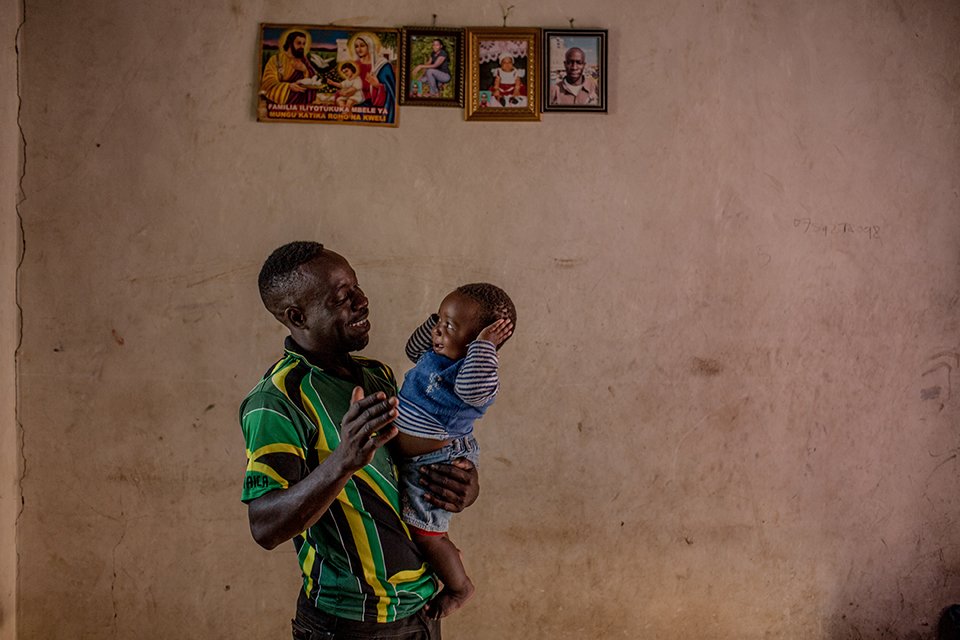 “It’s not right for man to wash a baby girl,” Frank’s wife, Anastazia Antony, recalls the landlady’s comment; to which Frank replied, “She is my daughter. What if her mother isn’t here?”

“For a man, feeding a child, taking it to the clinic, preparing a bed, washing dishes or cleaning … is highly disallowable,” says David Robert, a field supervisor for Mwanza Outreach Care and Support Organization, a Catholic Relief Services partner in Tanzania. But slowly these norms are changing, and the  THRIVE II project, funded by the Conrad N. Hilton Foundation, promotes this evolution.

THRIVE focuses on the first 1,000 days of a baby’s life, from conception to age 2, to provide children with the foundation for learning and healthy development. The engagement of fathers as well as mothers is important during this crucial window. But because it is difficult to reach fathers directly—they often work from early morning to late at night—the program relays messages through mothers, through community leaders during village meetings, and through other fathers already engaged with child rearing.

“In some communities, it is still very difficult. Women are told, you should respect your husband,” says Robert. They are not supposed to advise their husbands, so THRIVE takes that into account. “We are encouraging women to use positive mechanisms to encourage men.” 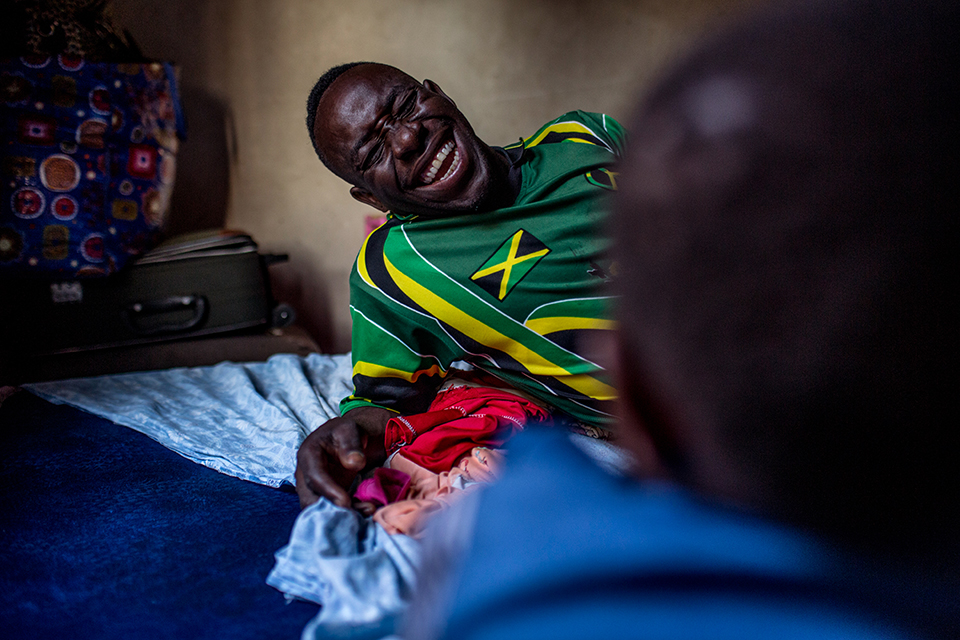 Frank, sharing a laugh with his daughter, Yustina, takes a different approach to parenting from his father, who never played with him. Photo by Daniel Etter for CRS

“I tried to praise him when he engaged with our daughter,” Anastazia says, but she soon found that unnecessary. “It is one of the things he likes doing.”

To Frank, the benefits are clear: “When I was young, my father never played with me,” he says, but he has a very different approach. He dedicates hours each day to playing with and caring for Yustina. “We have developed such a close relationship now,” he says. “When I leave for work, she cries. I feel loved.”

A bond like theirs is exactly what THRIVE II promotes, according to Charles Fungo, project manager for THRIVE II in Tanzania. “A feeling of belonging to the father is something we very much want for children, the same way they feel it towards their mother.” And by engaging with their children, fathers also help the mothers to get much-deserved rest.

The project teaches fathers to begin bonding with their babies when they’re still in the womb. On a recent evening, Yohanna Mathias, a builder whose wife is pregnant with their seventh child, returned from work and greeted his wife. “You have been away so long,” she said, “the baby is furious.” As he touched her womb he felt the baby kicking. “Oh, is it because she missed me?” he asked.

Yohanna and Frank are role models for the positive engagement of fathers, and they like setting an example. “I’ve never seen any of my friends—any other fathers—do what I’m doing,” says Frank. “Maybe others see that it is a good too.”

We seek daily renewal from the source of all life, and so we pray ... END_OF_DOCUMENT_TOKEN_TO_BE_REPLACED

Our walk with God is reflected in our walk with others, and so we pray ... END_OF_DOCUMENT_TOKEN_TO_BE_REPLACED