Photo by Corrie Sissons for CRS

"When I was infected, I was a dead woman walking, but now I am alive," says Lucette Valerie Korouma.

The 28-year-old mother from Guinea survived Ebola but lost her daughter and home before she met Catholic Relief Services and our local Caritas partner, which provided help she desperately needed. 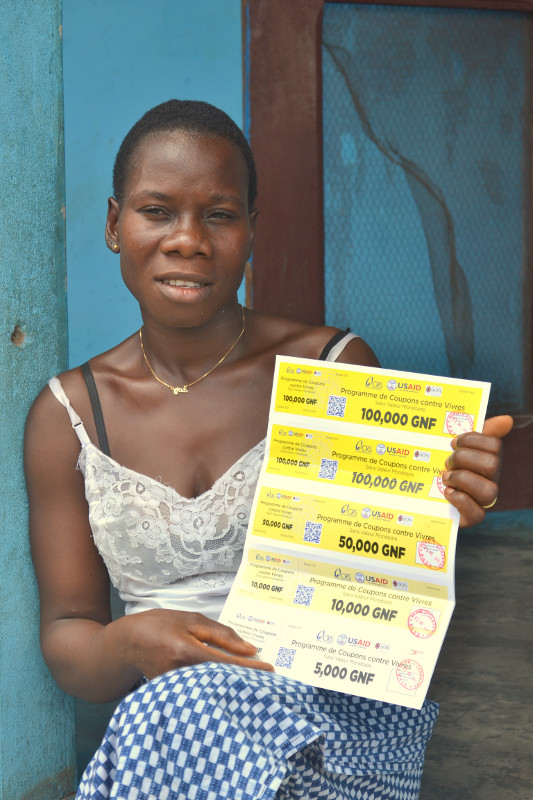 Lucette Valerie Korouma, an Ebola survivor from Guinea, says "life will be better" with the food vouchers she received from CRS and our local Caritas partner, OCPH-Nzérékoré. Photo by Corrie Sissons/CRS
When she began feeling fatigue, nausea and a headache in November 2014, Valerie thought she had malaria. A few days later, however, she began to wonder if it wasn't something more serious. Her family also became suspicious.

"People started saying it was Ebola, and the more times people said it, the more people got scared of me," she says.

They forced Valerie and her baby out of her village.

"I tried to go to the hospital," Valerie says, "but my family and friends told me that they would kill me if I went there, so I ran to another village where people would not know me."

Valerie's 14-month-old daughter also became feverish and took a turn for the worse one evening while Valerie was staying in the remote village.

"She died during the night," says Valerie, her eyes fixed on the floor. "I was devastated. I tried to bury her in the village I was in but the people there refused, as she had died of Ebola. I put her on my back and left the village."

Valerie traveled across the Forest Region with her daughter on her back until she reached Macenta town.

"My family had told me that I couldn't go back," says Valerie. "So I knew the hospital was the only place to go. I buried my daughter in Macenta and admitted myself to the Ebola hospital there, hoping I would get better."

After 1 month in the hospital, Valerie was strong enough to return home.

But she was stigmatized because of her illness and thrown out of her house. She also had to cope with dramatically rising food prices that made it difficult for her to eat enough to stay strong and fully recover.

With support from the U.S. Agency for International Development's Food for Peace office, CRS and our Caritas partner OCPH-Nzérékoré, known in French as L'Organisation Pour La Promotion Humaine, provide food vouchers. Valerie and at least 2,000 other recipients in Ebola-affected areas of Guinea's Forest Region can use the vouchers to purchase food in local markets.

"Look," she says, pulling her folded hospital discharge certificate from her purse. "This proves I have my life back, that I am a survivor—and I want it to stay that way.

"I was so pleased to get back home, but my husband still would not accept me," says Valerie. "He would not touch me and told me I could no longer live in my house. So I had to find my own small house with the little money I had.

"With the vouchers I got today, I am going to buy rice, oil and fish. This food will make me stronger," says Valerie. "With this, my life will be better."

Read the latest update from CRS country programs and partners around the world as they respond to... END_OF_DOCUMENT_TOKEN_TO_BE_REPLACED

Read the latest two-page summary from CRS country programs and partners around the world as they... END_OF_DOCUMENT_TOKEN_TO_BE_REPLACED