Photo by Corrie Sissons for CRS

It has been months since Richard Lamah had Ebola, but the disease still haunts him. Stigma and fear make it difficult for him to find employment, like so many in West Africa.

Catholic Relief Services and our local Caritas partner OCPH-Nzérékoré—known in French as L'Organisation Pour La Promotion Humaine—are working to help Richard and others like him. With support from the U.S. Agency for International Development's Food for Peace office, Richard is receiving monthly vouchers that allow him to buy food in local markets. 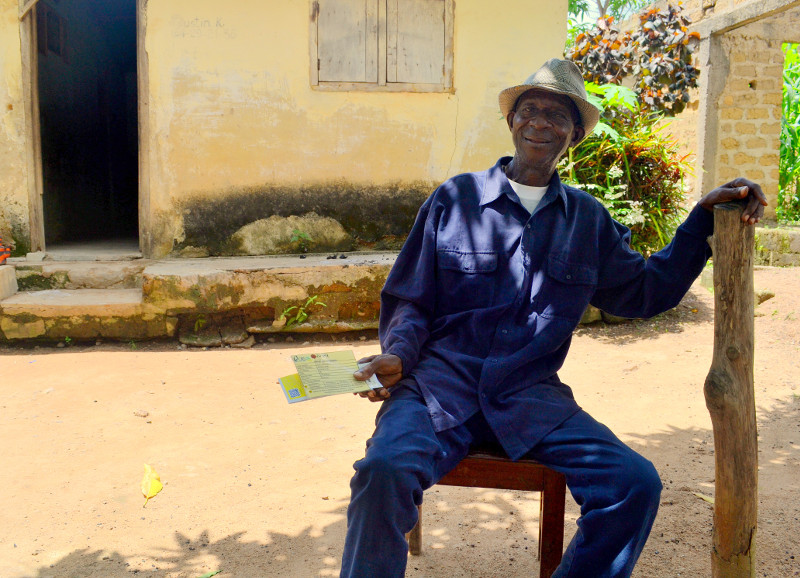 Richard Lamah, an Ebola survivor from Guinea, holds a food voucher distributed by Catholic Relief Services and our local Caritas partner OCPH-Nzérékoré. Photo by Corrie Sissons/CRS
"This will make a huge difference to me," Richard says with a smile. "I normally only have enough money to buy plain rice but now I can buy some spices, sauce and fish."

In recent months, Ebola survivors such as Richard have found it increasingly difficult to buy enough food. In the months since the Ebola crisis in Guinea, border closures and travel restrictions blocked trade routes, spiking food and other imported goods' costs.

The food vouchers will reach at least 2,000 vulnerable households in Ebola-affected areas, so they have increased access to food.

Sitting under the mango tree outside his small house in Horoya village in Guinea, his trilby shading him from the sun, Richard, 72, sighs as he recalls how Ebola came to his village in November 2014.

"My sister got it first," he says. "I went to visit her when she was ill, so I think that was how I got the disease. I fell ill very suddenly with terrible stomach pains and diarrhea. I wasn't sure it was [Ebola] to begin with and I thought I might just have food poisoning, but it continued for a whole week."

Richard traveled for a day to get to a special Ebola Treatment Unit, but by the time he arrived he was so weak he couldn't even get out of the car.

"When I was in the ETU I was treated well," he recalls. "I was given food and medicines, but it was incredibly overcrowded. People came from all over the Forest Region and they all had the same sickness."

There were five beds in Richard's room and many more roommates—people died so quickly that they were constantly being replaced with others.

"All I did was drink," he says. "I knew if I kept drinking, I would stay strong. Others gave up eating and drinking, they vomited constantly and had no energy to go on, but by God's grace I kept enough energy to keep drinking water and eating small amounts of food."

"When I left the ETU, I was overjoyed," says Richard. "I had got my life back again and was so happy."

But back in Horoya, Richard's family, friends and neighbors ignored him, thinking he was still contagious. They told their children to stay away from him, and deliberately avoided his house.

"I showed them my certificate of discharge from the ETU and then some of them believed me," Richard explains. "But others still refuse to come by my house or speak to me. It's very hard."

"Now I am Ebola free, with the help of OCPH I can get my life back on track," he says. "I used to take my life for granted before. Now I am thankful for every day. I have been given hope for my future."

Read the latest update from CRS country programs and partners around the world as they respond to... END_OF_DOCUMENT_TOKEN_TO_BE_REPLACED

Read the latest two-page summary from CRS country programs and partners around the world as they... END_OF_DOCUMENT_TOKEN_TO_BE_REPLACED