“The assistance helped me during the most difficult time of my life."

Masoud Meqdad, a fisherman in Gaza city, often faces uncertainty. Throughout years of recurring closures of the fishing zone in Gaza, he has struggled to maintain his income to support his wife and three children. But even through these challenges, Masoud and his family always look forward to celebrating after the yearly fasting of Ramadan comes to an end and people across Gaza prepare for Eid al-Fitr—a long-awaited holiday that takes place in May.

But this year, celebrations were cut short. On the first day of Eid, Masoud answered a call from Israeli forces, who warned him to evacuate his home because a nearby location was targeted for an airstrike. This call came during an 11-day conflict in the Holy Land, resulting in the most intense fighting since 2014.  Masoud and his wife grabbed their children and quickly fled, leaving a lifetime of belongings, savings and memories behind.

“We found ourselves running in the streets,” says Masoud. “I was holding my children to keep them safe. Our home was destroyed. My cousin called to host us in his house. I couldn’t think of any place to go. I felt that all of Gaza is a target, no place is safe.” 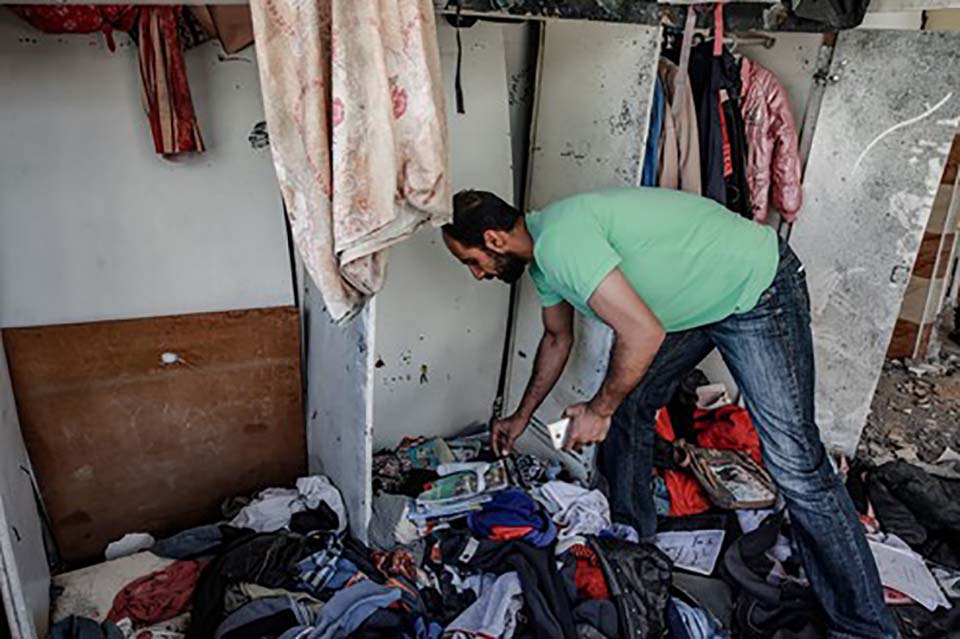 Masoud collects what remains from his destroyed home.

With the onset of attacks, Catholic Relief Services teams in Gaza—many of whom were also directly affected—mobilized emergency relief support for displaced families. Of top priority was ensuring they had what they needed to buy food and supplies to meet their most urgent needs. CRS provided cash assistance via direct cash and electronic vouchers to 1,000 families. This kind of cash assistance allows families to have flexibility of choice to meet their unique needs as things change quickly.

Masoud’s family was among those receiving this assistance. He describes their situation as desperate, as their home was destroyed in the airstrike. They lost everything they had built as a family and are now looking down a long road toward recovery. Masoud said he didn’t know where to start.

“When I received messages from CRS, I felt relieved,” he says. “It came at the right time. We lost everything and we need food and other items at a time when there is no way to earn money during the bombing.”

With the cash assistance, Masoud bought food and survival supplies for his family.

“The assistance helped me during the most difficult time of my life. I bought food, hygiene items and cooking gas,” he says. 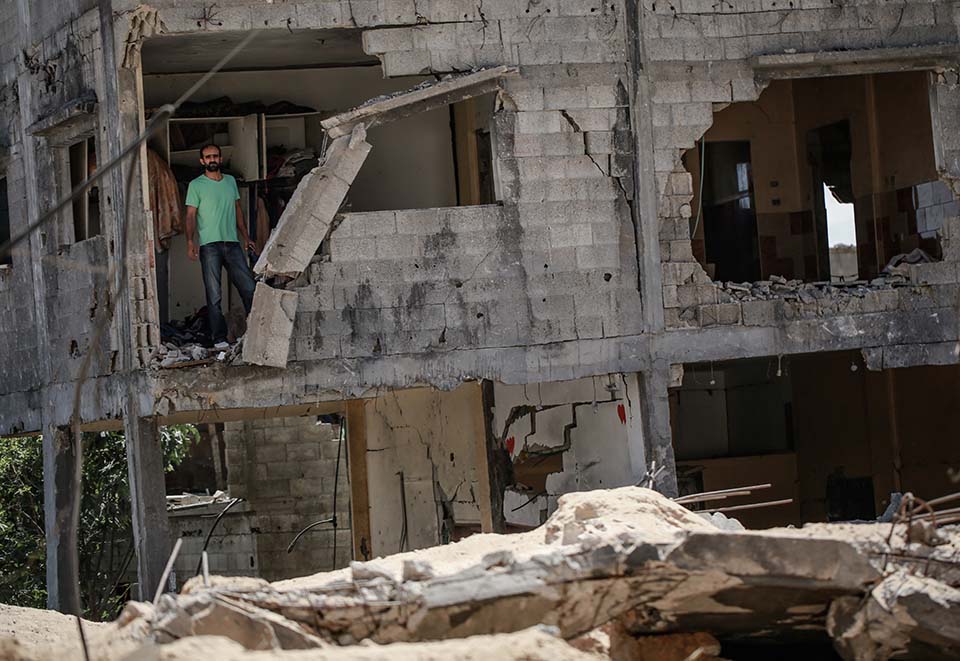 Masoud stands in what was the living room of his now destroyed family home.

And, it helped in bigger ways, too.

“After the ceasefire, I used the cash to rent a small house for my family and provide care for my son who is suffering from cardiac disease.”

Masoud expressed concern about his six-year-old son, Amr, who had become agitated in the wake of the airstrikes, and refused to enter the house. Masoud said his son is afraid that more horrible days will come again.

“I took my son Amr with me to buy what he wants,” says Masoud. “He became happy and enjoyed his trip to the supermarket.”

Read the latest update from CRS country programs and partners around the world as they respond to... END_OF_DOCUMENT_TOKEN_TO_BE_REPLACED

Read the latest two-page summary from CRS country programs and partners around the world as they... END_OF_DOCUMENT_TOKEN_TO_BE_REPLACED