Every evening, Toumboul Sané leads a group of volunteers who patrol more than 1,200 acres of forest in Senegal's Casamance region. By standing guard, they are protecting trees—one of the region's most valuable resources—from poachers. 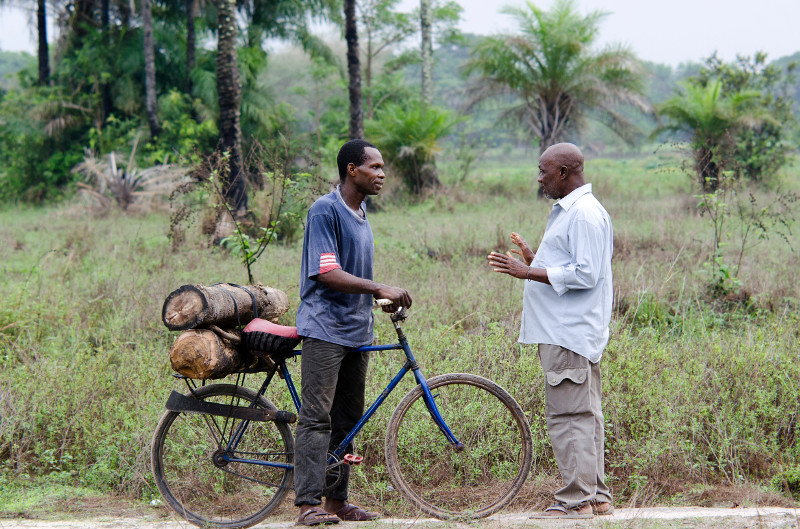 Toumboul Sané, right, prevents a poacher from removing lumber from a forest in the Casamance region of Senegal. Photo by Michael Stulman/CRS
"When you stop someone at night in the forest, there isn't security and the volunteers have limited communication," says Toumboul. "There's also the rainy season that makes it difficult."

Their patrols are often greatly outnumbered by poachers, but this doesn't stop them. During one evening, a few dozen community volunteers working with local authorities seized 512 illegally logged tree trunks.

Guarding the forest is hard, and at times dangerous, work. But community members understand that without it, they will lose access to food, income and a way of life that has sustained generations.

"We protect the forest for our children and their future," Toumboul says.

The catalyst for their work is a program called SCOPE, or strengthening community opportunities for peace and equality. Supported by Catholic Relief Services, SCOPE brings people in the region together to work for a common goal.

A platform for peace 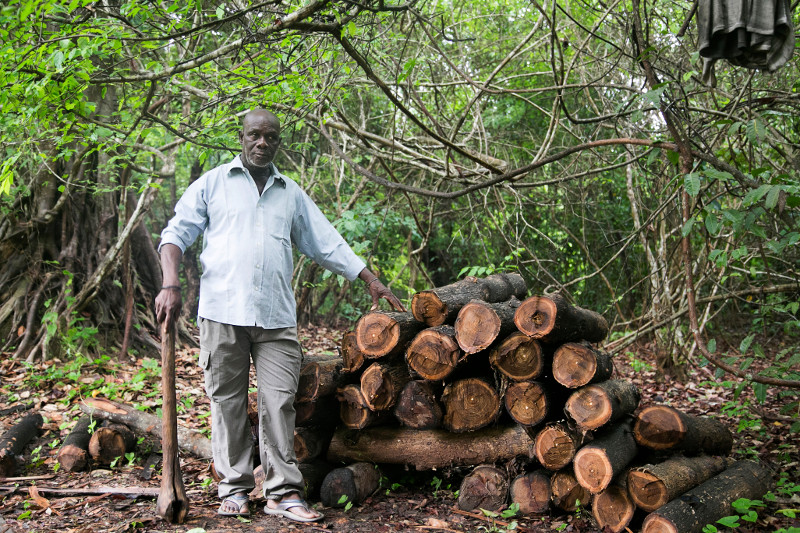 Illegally poached wood damages more than forests—it also affects livelihoods and the future of whole communities. Photo by Michael Stulman/CRS
SCOPE was launched in 2013 after years of conflict in the Casamance region claimed as many as 6,000 civilian lives and forced 60,000 people from their homes.

Among the problems were disputes over who had access to resources like timber. Soon, the forest became vulnerable to illegal logging. No one was winning. And everyone was losing.

Under SCOPE, CRS has organized community workshops in 14 villages. Organizers hope to bring people together to create trust and respect, and identify lasting and effective ways to protect their environment.

With support from the U.S. Agency for International Development's Office of Conflict Management and Mitigation, SCOPE will directly impact 2,700 people in these communities. But its real impact—on the environment—should last generations.

"People cut trees because of poverty, but this is not the solution. It will cause everyone problems in the future," explains Toumboul. "Without the forest, we can't live normally. We can use it for collecting and selling food, and it protects us from climate change."

"Thanks to SCOPE, we woke up," he continues. "Now we can educate other groups on the importance of natural resources."

Bourama Sane, a community elder working with Toumboul agrees. "After 2 years with SCOPE, we have positive changes."

Pray and reflect with your community on our call to respond to the needs of our sisters and... END_OF_DOCUMENT_TOKEN_TO_BE_REPLACED

Reflect on the impact climate change has had on our planet and pray for the Holy Spirit to change... END_OF_DOCUMENT_TOKEN_TO_BE_REPLACED