In Mali, on a recent morning when the sun had barely risen, Nassoun Diarra flooded the last bed of her vegetable garden and joined the weekly meeting of the savings groups. The women renewed their commitment to work for the well-being of their children.

Nassoun is one of the market gardeners who work in this garden. 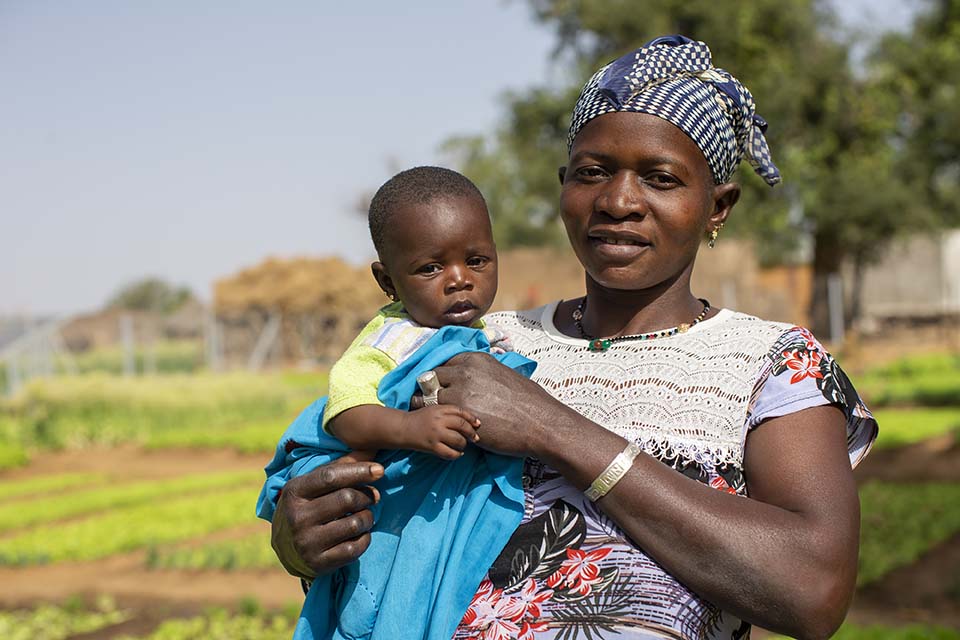 Nassoun Diarra is one of the women market gardeners.
Photo by Harandane Dicko for CRS

"I have three beds on which I grow potatoes, onions and lettuce," says Nassoun. She has followed the same routine for years. "I wake up every day at 4 a.m. to come and water my garden beds. Around 6 o'clock in the morning, I return to the house to do some small jobs, such as cleaning, cooking for breakfast, and readying the children for school. I come back to the garden to finish watering. Then, I come back to the house for lunch and other daily chores. Afterwards, I must prepare for the children's return from school and dinner.

"I have seven children. The first five go to school. I have to provide for their clothing, health care, prepare special meals for younger children …”

Nassoun says that organizing her days can be trying.

"We have difficulty accessing water. There is no rest at all between housework and gardening," she says. But since she joined a savings group in her village, she has been able to draw on the experience of other women to better organize her daily life. 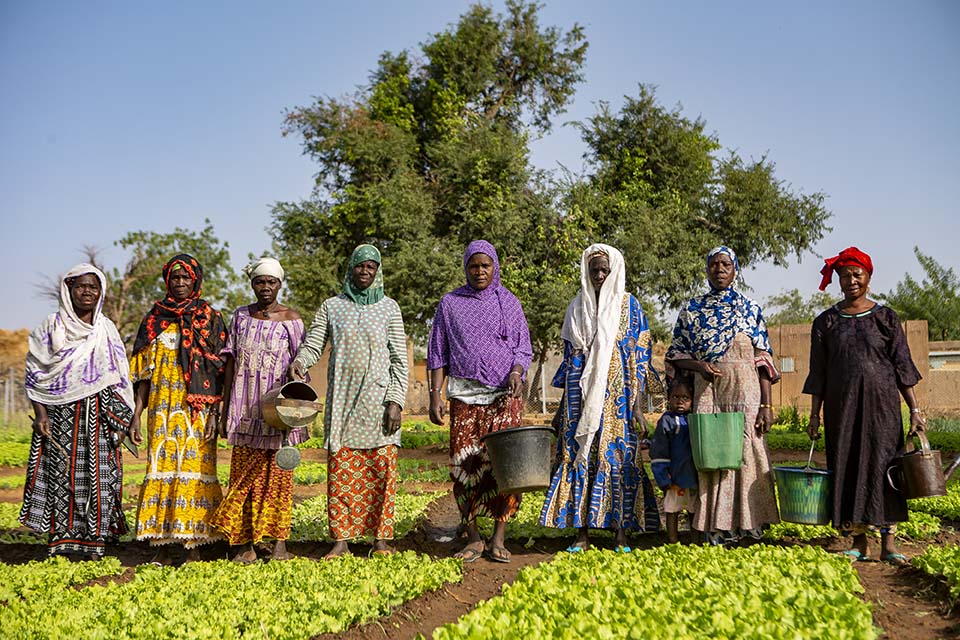 The members of the women's association internal savings and credit community stand in a garden plot.

"We are an association of 79 women divided into several Saving Internal Lending Communities. We all work in the village garden. Each member individually takes care of her plots. Money from sale of the crops is used to feed the association's coffers. When there is a need, it is from this fund that we draw to satisfy it, says Sédjè Kané, president of the savings group called Den Lahina, which in the native language of Bambara means childcare. Within the framework of the school canteens, we contribute condiments, utensils and cash," she says, adding that all the women in the village contribute 90 cents per person to the fund each month.

According to Kégné Diarra, administrative secretary of the Den Lahina group, when the cooks go to the school, the women of the village make voluntary contributions.

"Some women give salt, onions and seasoning. We send cash to the school to ensure the daily meal. We also contribute cereals. Each parent gives 22 pounds per child. Each woman also agrees to respect the community commitment.

Djelika Coulibaly is proud to be one of three groups of women from Zirablenkoro who rotate cooking at the school canteen.

"Our village cooks every Tuesday and Friday. We are proud to do this because it is our children who benefit. Without this food ration system, our children would not be able to survive because they would have to go all day without eating.” 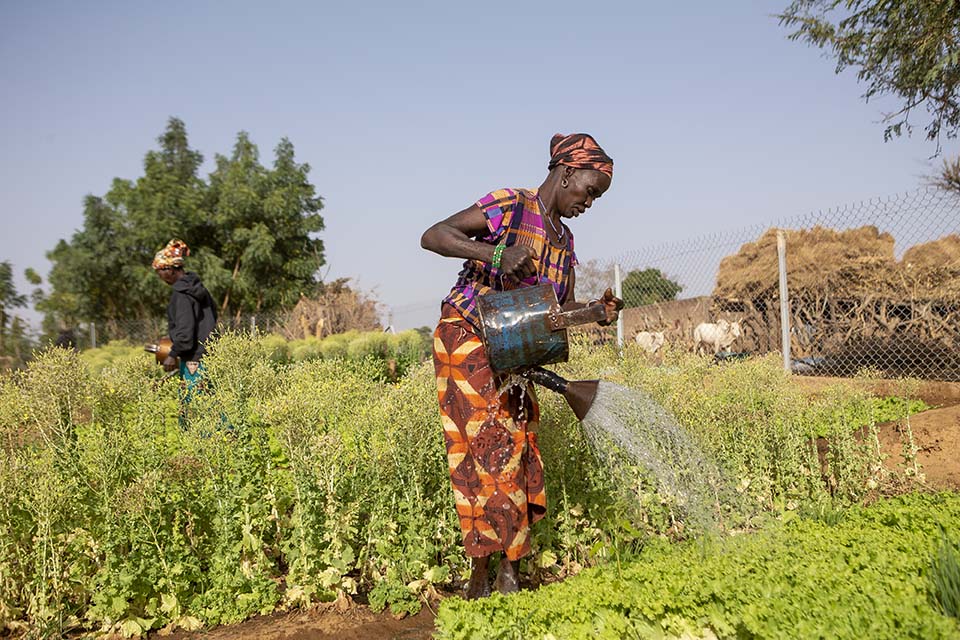 Women from the villages of N'Galafouga, Kili and Zirablenkoro oversee the daily preparation of meals for the school canteen in N'Galafouga. They are divided into several groups of five women who take turns preparing the meals.

Dafing Fomba, father of a first grade student, is happy to contribute 110 pounds of millet the school program.

"The Fomba family contributes more than 330 pounds of grain per year," he says.

In one area, school officials estimate that parents contributed nearly three tons of cereal per year. Sadio Diarra, president of the school committee, believes that the school canteens allow the children to be regular attenders.

"No child of school age stays at home thanks to the meals that are served on site," Sadio says. 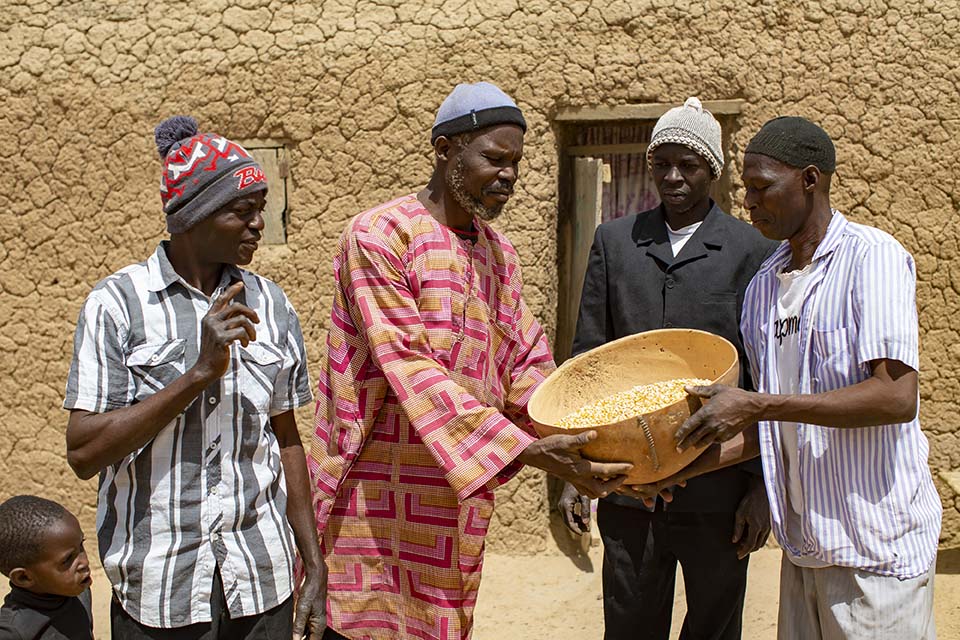 The chairman of the school management committee and other members receive a grain contribution from Dafing Fomba.

Since the beginning of this project, the support of the Malian government has been consistent. Its representatives participate in the monitoring of activities in the field. The government has also provided Catholic Relief Services with two warehouses to store its food free of charge. It has also facilitated the signing of all the important documents of the project, notably the documents relating to the exemption of customs duties on foodstuffs, the letter of technical execution, and the designation of a representative at the national level to ensure coordination with the Centers of Pedagogical Animation and the Academies of Education.

"The State will be able to take over from these representatives because there will be a gradual transfer of all the schools to the state budget towards the end of the project," says Mohamed Maïga, CRS project officer, who oversees database management at CRS.

“The project will provide capacity building and retraining for school members and elected officials.

The school has become a tool for strengthening social cohesion within communities. Women are organized around their savings groups and contribute to canteen operations and school and village gardens. They have developed solidarity through the savings groups. 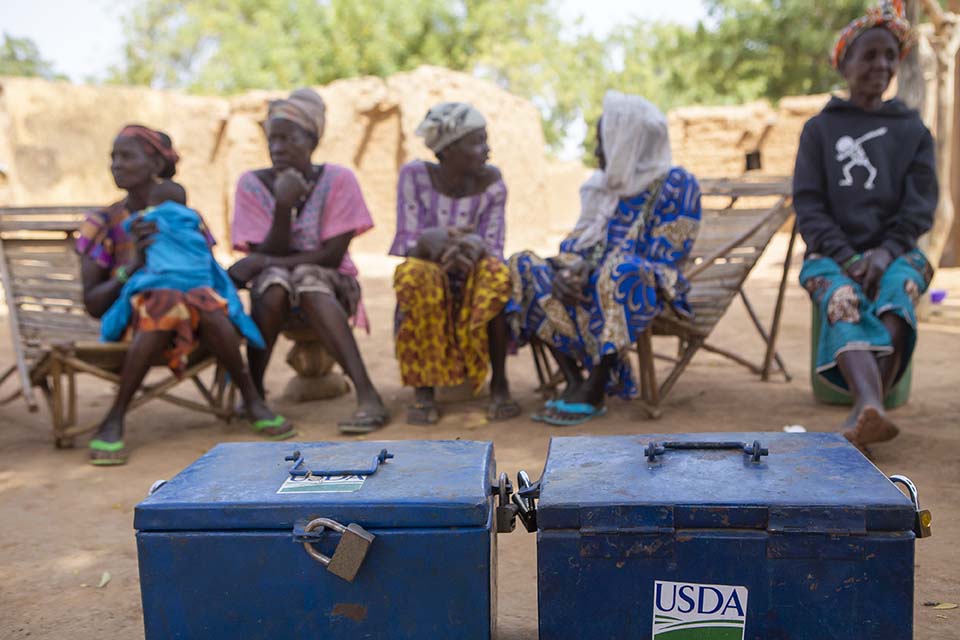 Meeting of the members of the association gather around the common fund.

"When a woman doesn't come to the meetings, the others try to find out if she is in good health. It's a show of solidarity," says Kégné Diarra, a savings group administrative secretary.

The participating communities in the Kolokani district appreciate the educational benefits for their children. Women play an key role in school canteen operation. This program is made possible by the continued support of CRS, its donors and partners, including the United States Department of Agriculture, the primary donor. From the first phase in 2007 to the current fourth phase, CRS and its partners have spent $92.9 million to operate school cafeterias in the Koulikoro and Mopti regions.