In rural Nepal amid snowcapped peaks, Dolma Lama lives in a village where getting access to clean water used to be a daily challenge. Rough mountain terrain made for a treacherous journey through dense forest or down steep cliffs to simply fill a bucket with water that may or may not have been suitable for drinking. 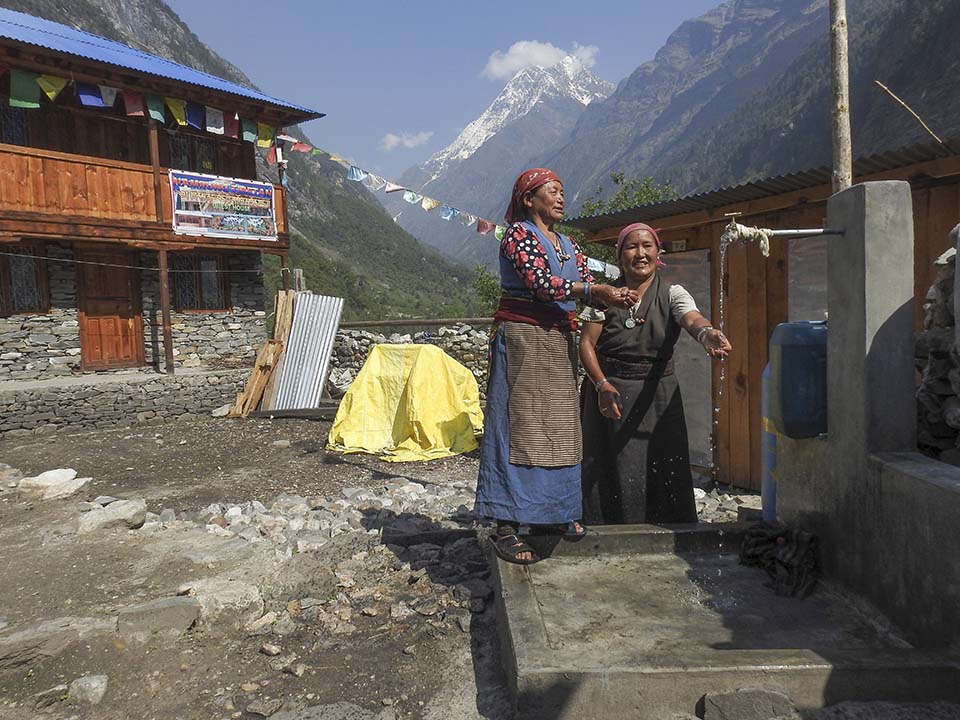 Dolma Lama, on the left, never thought she would have a running water tap right in her house. Along with the water supply tank, CRS installed 14 taps in her village for community uses.

A few years ago, Dolma’s community of just over 300 people shared one water tap, but that was destroyed after a devastating earthquake in 2015. Dolma remembers how, at that time, people fought over any water they could find. She confesses to stealing water from her neighbor.

Since then, CRS and Caritas Nepal have been working with the government of Nepal to assist earthquake-affected families in Northern Gorkha and neighboring districts to achieve a safe and dignified life while increasing their ability to mitigate the impact of future disasters.

As part of this work, CRS brought clean water directly into villages like the one where Dolma lives. The project involved directing water to a large tank that now feeds 11 public taps. Community members no longer need to wake up early, risk injury or stand in long lines with empty buckets to get water. 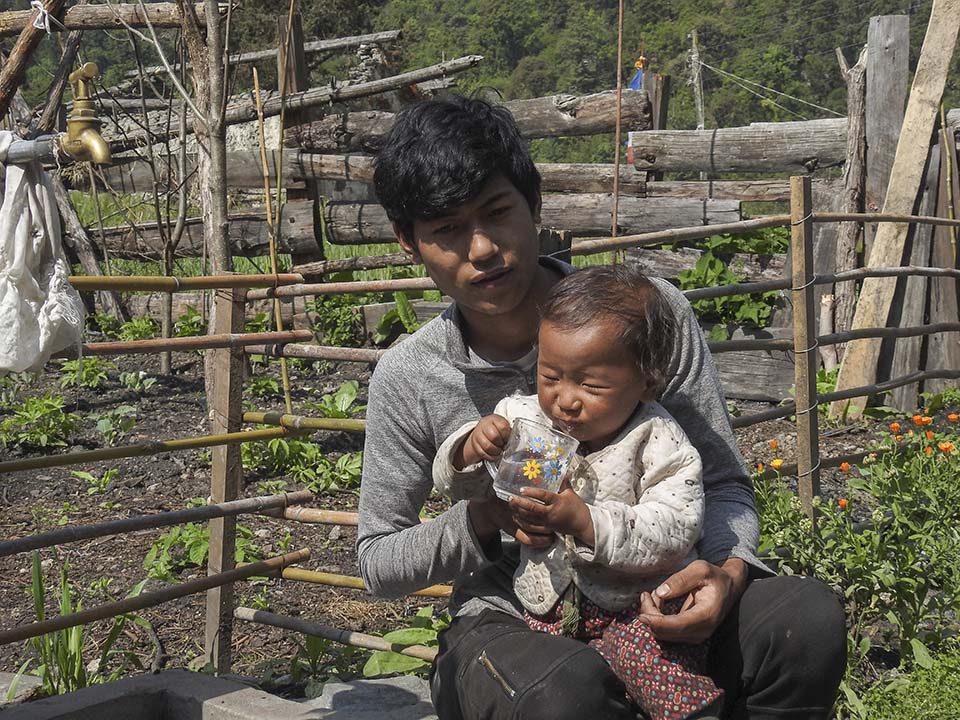 Dawa Youden and his son enjoy clean drinking water. Dawa and many other villagers used to wake up early every morning and walk to a mountain stream to fetch water for themselves and their families. Now they can enjoy getting water right in their backyards.

At present, this work has benefited more than 433 families in Northern Gorkha. With 61 taps installed within community reach and four tanks reserving more than 8,000 gallons, people now have access to clean drinking water.

To ensure sustainability, every water source built in Northern Gorkha has a user group committee that takes full responsibility for proper functioning of the tanks and taps. They follow a clear maintenance plan and have allocated resources from the community and the government of Nepal to ensure regular maintenance and repair.

“CRS water taps have made things very easy for the community,” says Dolma. “We no longer have to steal water for drinking.”

The Water for Life video illustrates the work of Catholic Relief Services in partnership with the... END_OF_DOCUMENT_TOKEN_TO_BE_REPLACED

An activity that requires participants to carry water, joining them in solidarity with people who... END_OF_DOCUMENT_TOKEN_TO_BE_REPLACED