Not long ago Eduardo Gomez would take three public buses, starting at dawn, just to be the first to arrive at the Catholic Relief Services YouthBuild program.

His plan: get to class early enough—even before the teachers—to grab a seat and put his head down, so he wouldn’t have to talk to his fellow students.

He was that shy. 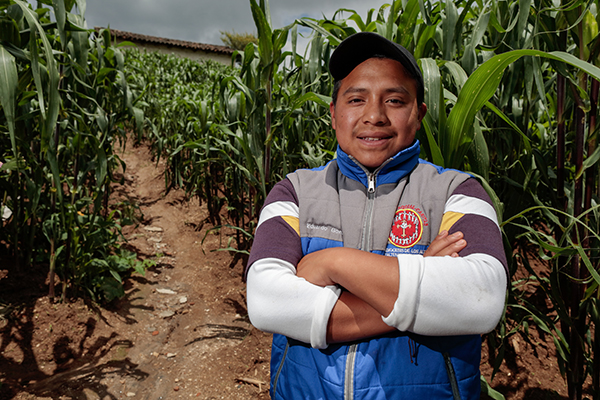 “I would just get so scared that I couldn’t express myself very well,” he says. “Everybody else seemed more experienced, and I wondered what they would say about me. That is the fear I felt every day.”

YouthBuild taught him to write a resume, interview for a job and develop a business plan. It also improved his self-confidence.

“I realized that I have a lot to say. Now I am the kind of person who says what he thinks. I’ve changed. I can give my opinion without fear,” he says.

The intensive 6-month program, adapted from a model originated in Harlem in the late 1970s, is designed to equip young people who are out of work or out of school with the skills to succeed in jobs or start businesses.

In Latin America and the Caribbean, young people are three times more likely than adults to be unemployed. At the same time, youth—who comprise more than half the population—are often stigmatized and blamed for the region’s problems. Increasing violence and lack of economic opportunity in Central America have pushed young people to join the hundreds of thousands of adults making the perilous journey to the United States.

CRS piloted YouthBuild in El Salvador in 2009 to help youth from some of the toughest neighborhoods. Since then, it has reached more than 7,000 young people in Latin America—with positive results. After completing the program, 70% of young people get a job, start a business or go back to school.

What distinguishes YouthBuild is its loving, respectful environment where young people can flourish. 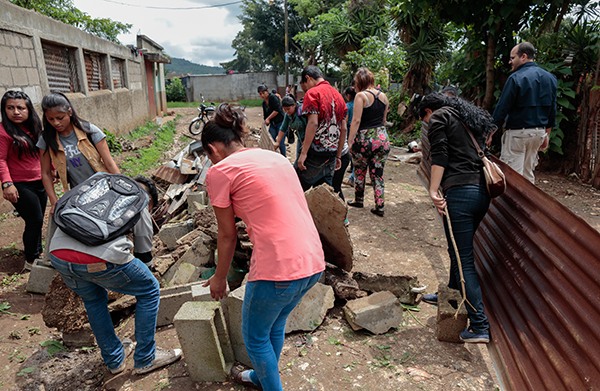 “We help young people deal with adversity by creating a strong support network that includes their family and their community,” says Perez. “YouthBuild helps them build life plans and a sense of self.”

There was no dramatic turning point that led Eduardo to find his voice. Despite his fear, he continued going to class. Eventually, the camaraderie that developed among students and the positive attention he received from YouthBuild teachers brought him out of his shell.

He learned how to work in a team. That led to conversations with his fellow students during breaks.

“Before I knew it, I was sharing snacks with them and telling stories and laughing,” says Eduardo. “When I think back to my time in YouthBuild, I’m still laughing.”

Before joining YouthBuild, Eduardo didn’t spend much time clowning around with friends. He lives in Totonicapán, a poor region in Guatemala’s Western Highlands. Like many people there, he is of indigenous Mayan descent and speaks K’iche’ better than Spanish. Because of this, he has always been embarrassed to speak to new people.

Now he is a leader in his parish youth ministry, has plans for the future, and is starting his own business. With the skills he learned in YouthBuild and a loan from his brother, he’s building a bakery onto his family’s home.

“I always figured I would just get married but now I don’t have that mentality,” he says. “Now I want to build the bakery and then think about my future and a marriage in 10 years. There are too many people who get married too young, then fail. My mentality is different now.”

CRS is a member of the YouthBuild International network.

Help youth and families around the world with CRS >

We seek daily renewal from the source of all life, and so we pray ... END_OF_DOCUMENT_TOKEN_TO_BE_REPLACED

Our walk with God is reflected in our walk with others, and so we pray ... END_OF_DOCUMENT_TOKEN_TO_BE_REPLACED