Rising Above Climate Change in Ghana

How does climate change affect small communities around the world? Unfortunately, there is not one easy answer. Persistent drought conditions or heavy flooding affect communities differently, but the key to resilience is a community that is united.

Ghana is a country where the effects of climate change are both varying and far-reaching. Ghana’s economy relies on several climate sensitive sectors, including agriculture, energy and forestry. That means any anomaly in the climate also affects the economic future of the country. Those most affected are usually the ones with the fewest resources and the most vulnerable.

The people who live in Awaradoni village in the Upper East Region of Ghana live on the edge of climate change every day.  This is how they are responding to their new normal. 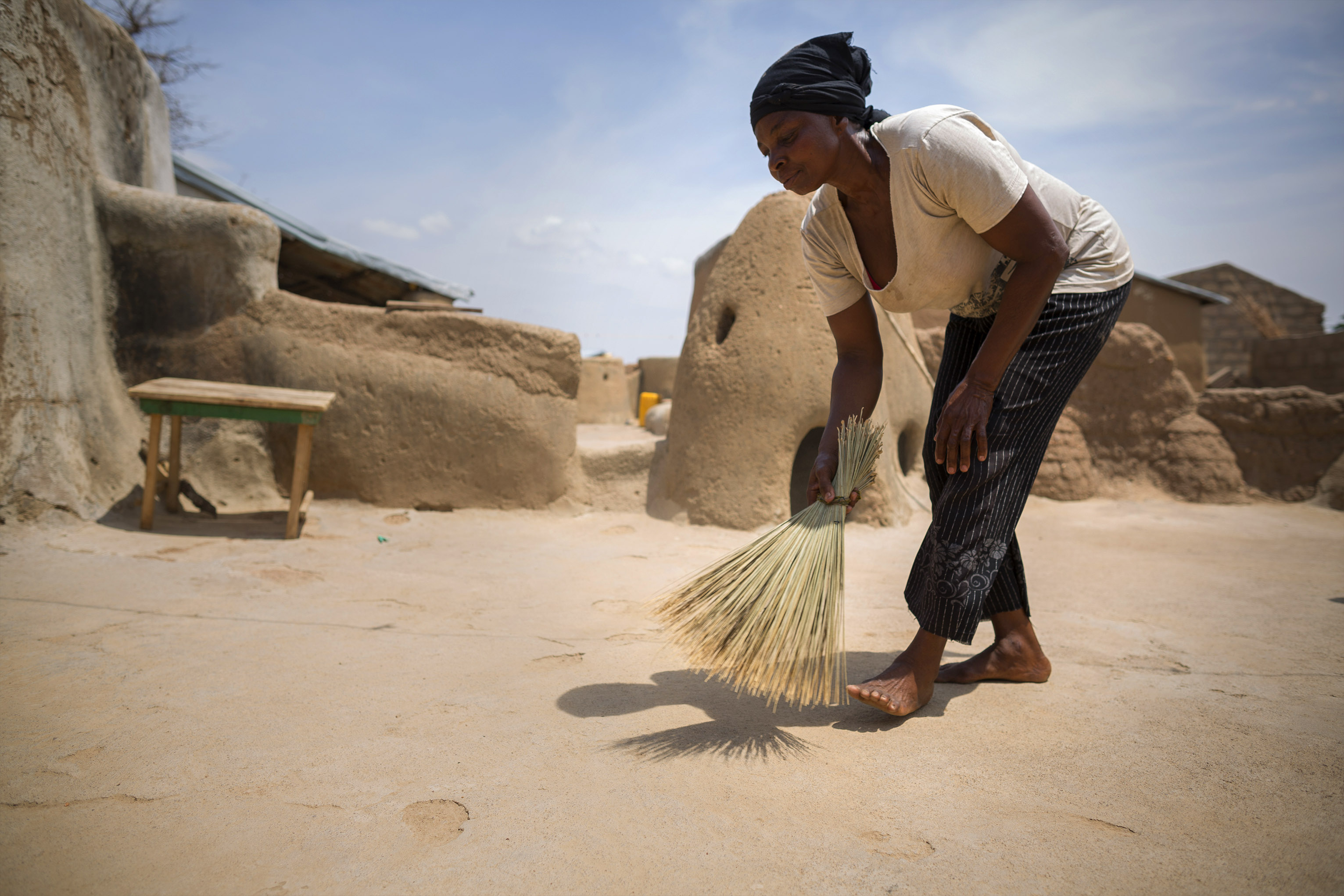 Farmers in Ghana have had their crop investments washed out by floods only to see their land taken by drought almost every second or third year. Photo by Jake Lyell for CRS 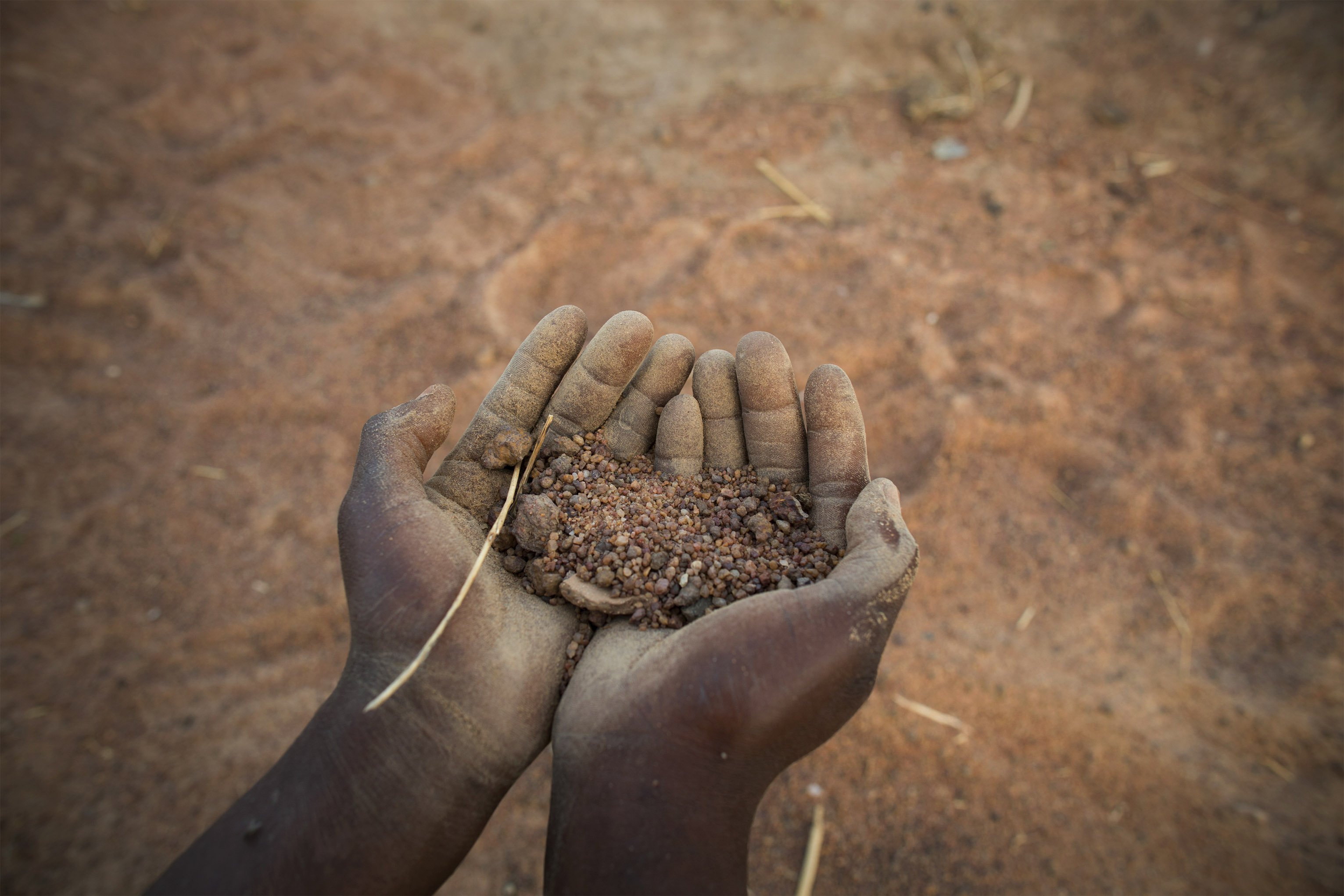 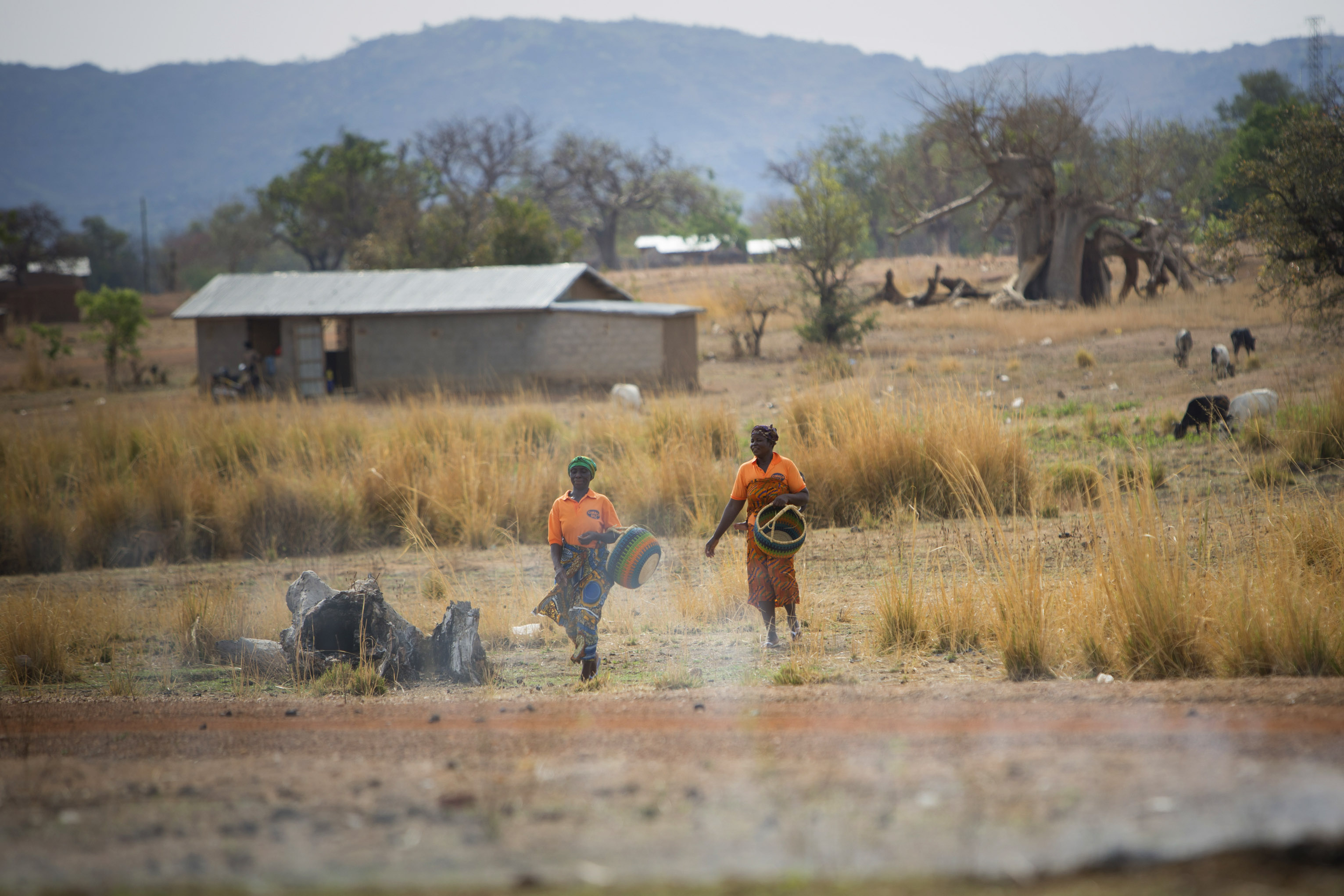 Rising sea levels and increased temperatures are causing a unique effect in Ghana. The coastal region experiences erosion. Inland, there can be extreme flooding with periods of drought. All of these factors can leave families displaced, homeless and landless. Yet, despite this, communities are standing together to rise above climate change and learning new ways to adapt to the changing region. Photo by Jake Lyell for CRS 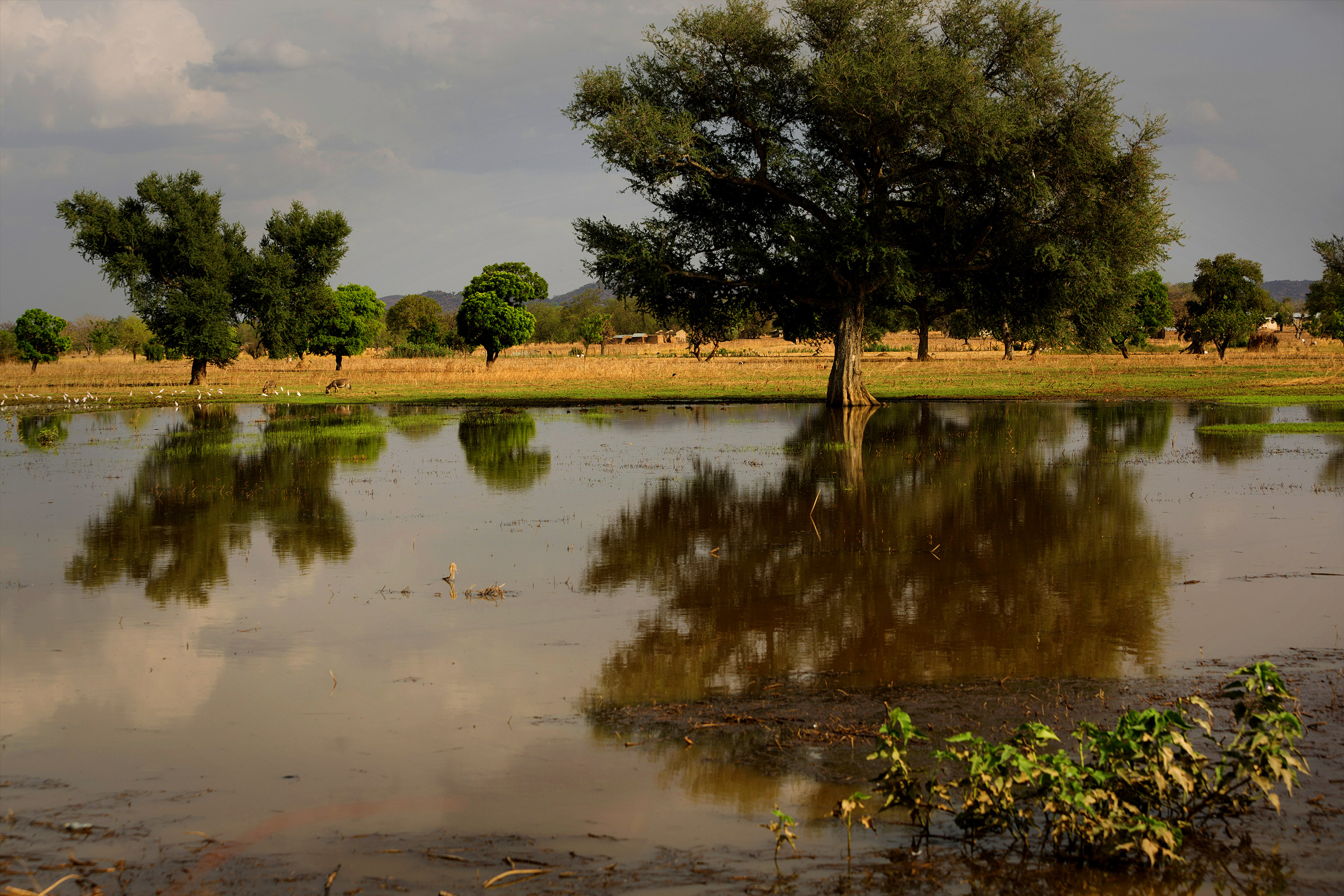 As temperatures increase, sea levels will rise, causing flooding to homes along the coastal regions of Ghana. It’s estimated by 2020, there could be a seal level rise of 5.8 cm in some places. Photo by Jake Lyell for CRS 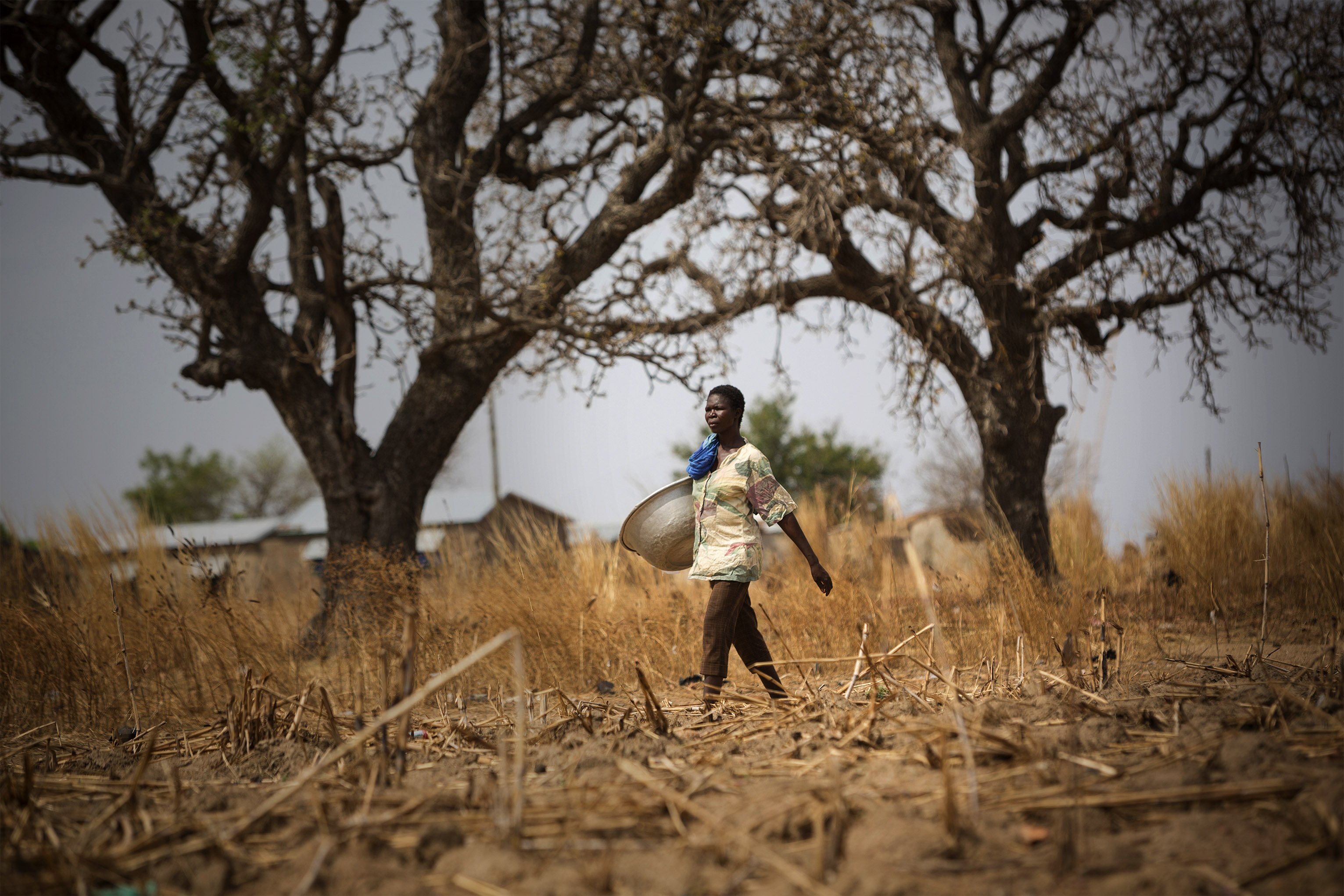 About 70% of the population depends directly or indirectly on agriculture (fisheries, crop and animal farming) and the forest sector. Photo by Jake Lyell for CRS 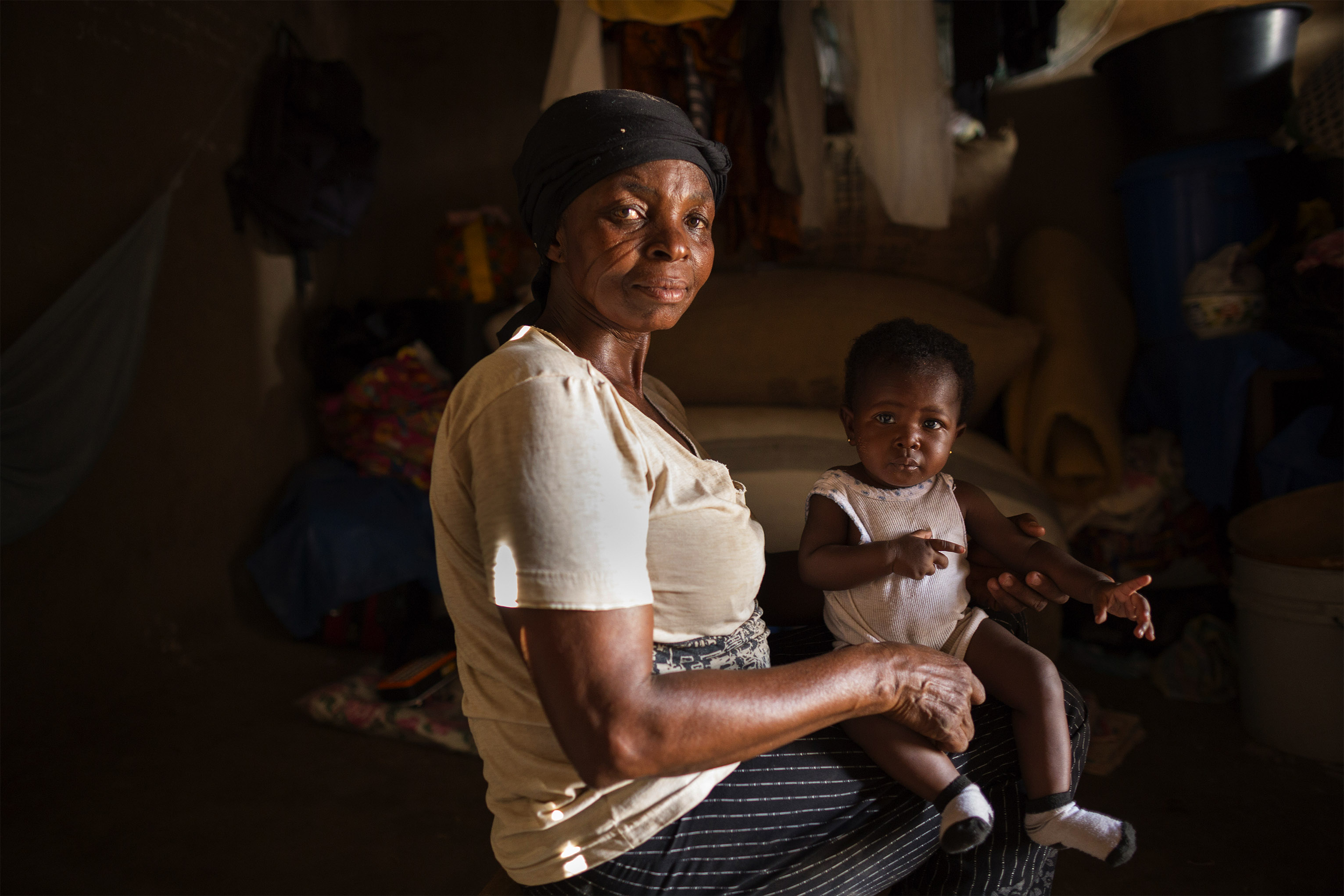 The ability to earn money through farming in Ghana is often limited because of climate change. But women like Rita are using earnings from the CRS’ savings groups to start a shea nut butter business. Through the program, women in the Awaradoni village now provide for their families by selling beauty products made from the shea nut trees in their community. These trees grow wild in the dry Savannah belt of West Africa. Photo by Jake Lyell for CRS 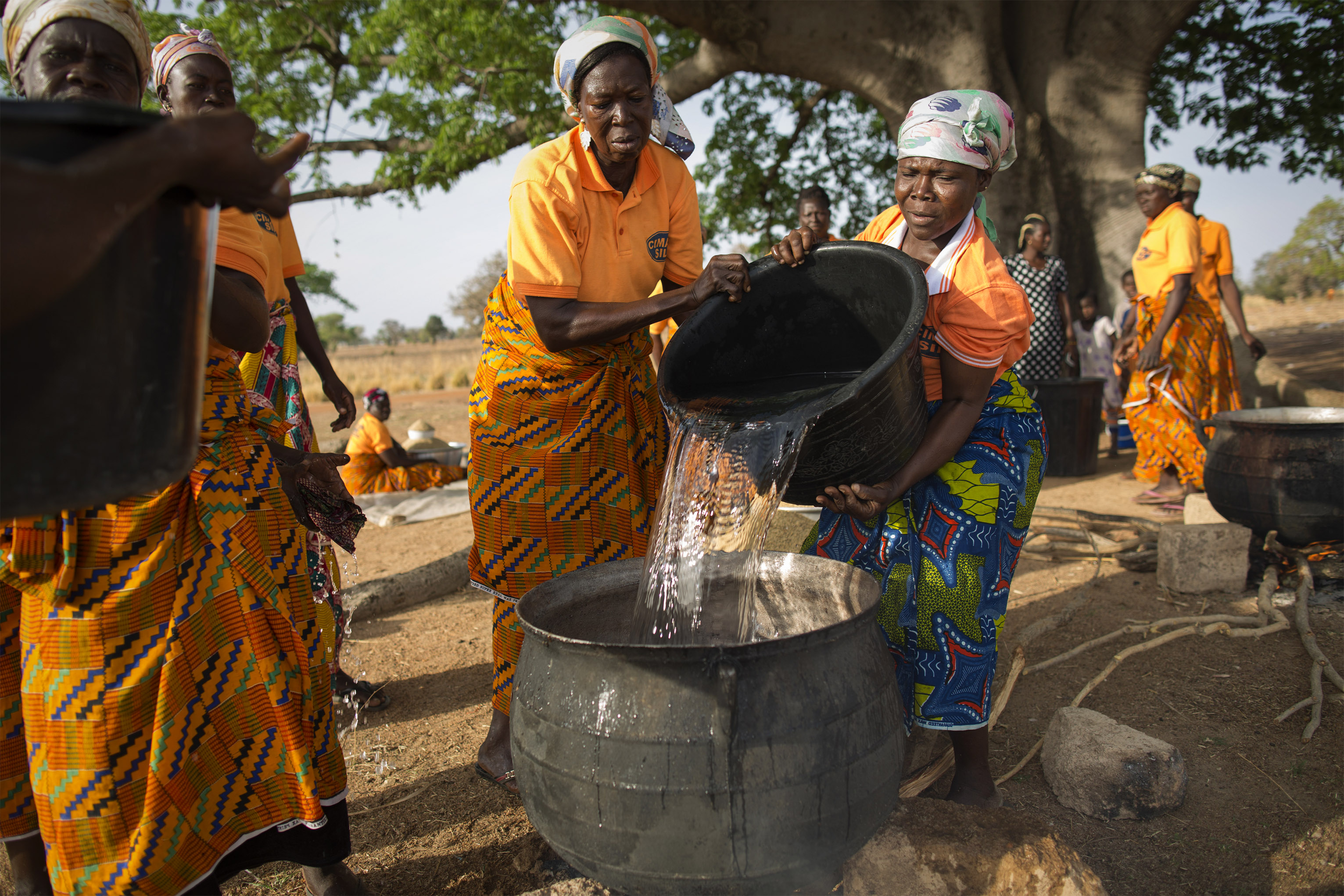 When rising temperatures bring destructive weather patterns and cause crops to wither, the women in Awaradoni village work together as a support system. Here, they are processing and making rice. Photo by Jake Lyell for CRS 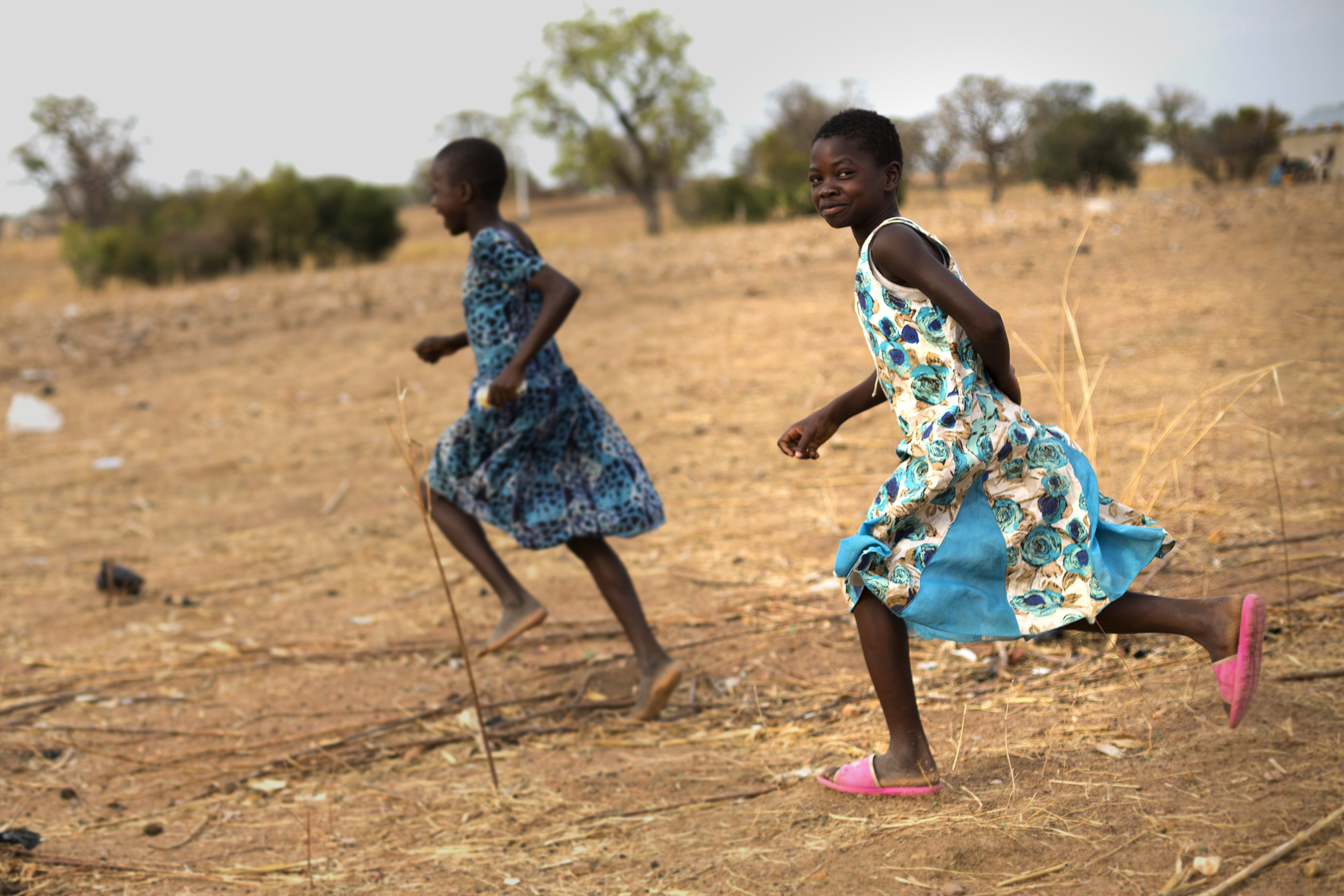 According to a Census report, two out of every five people in Ghana are 15 years old or younger. As the population continues to grow, CRS is there to help support communities as they continue to develop health, agriculture, water and microfinance programming. Communities are also working together to create awareness and adaptation strategies around climate change. Photo by Jake Lyell for CRS 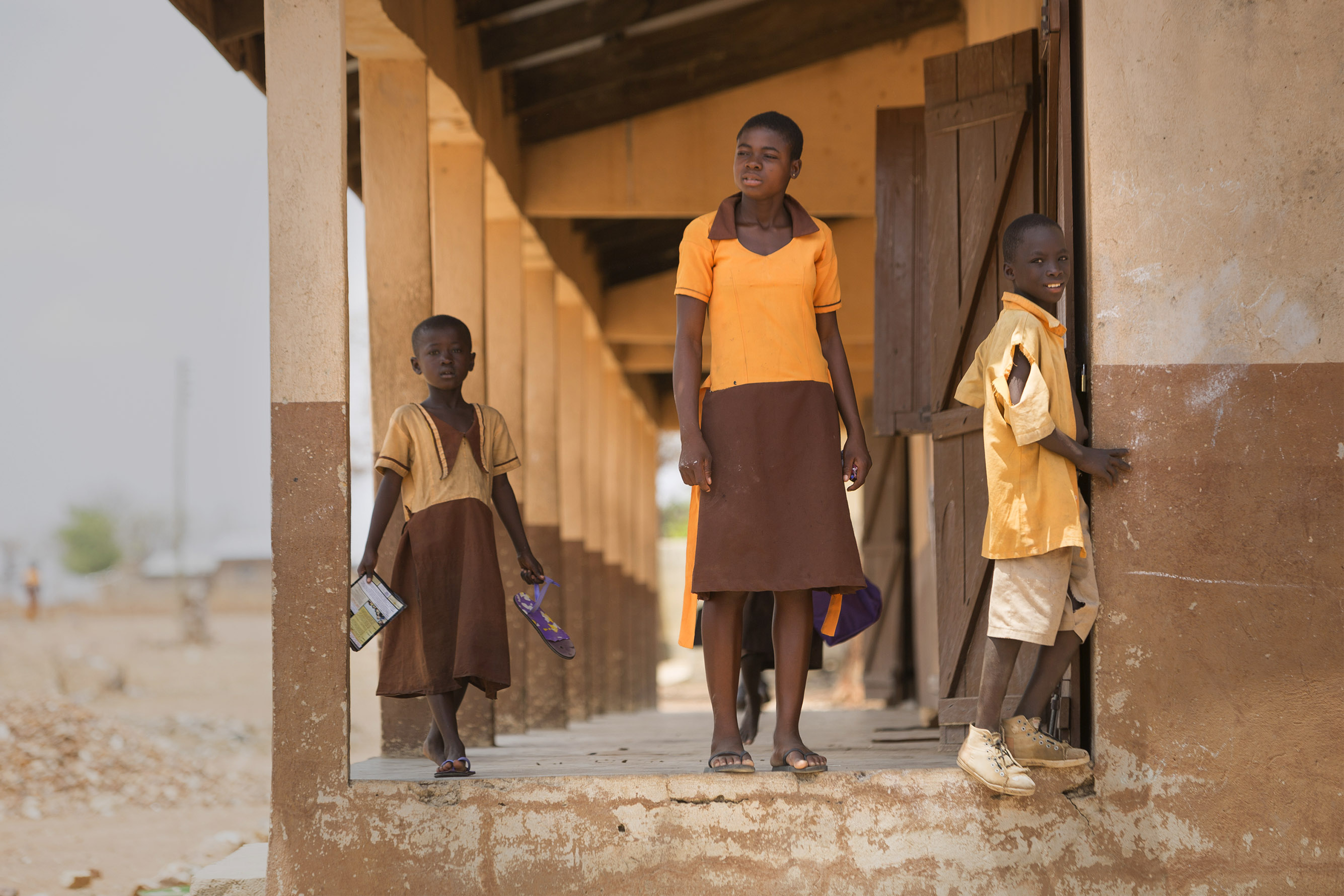 The impact of climate change is affecting the education system in Ghana. The ongoing severe and extreme weather patterns affecting Ghana’s regions are challenging the infrastructure of schools. In recent years, some school buildings have collapsed because of flooding and erosion. Photo by Jake Lyell for CRS 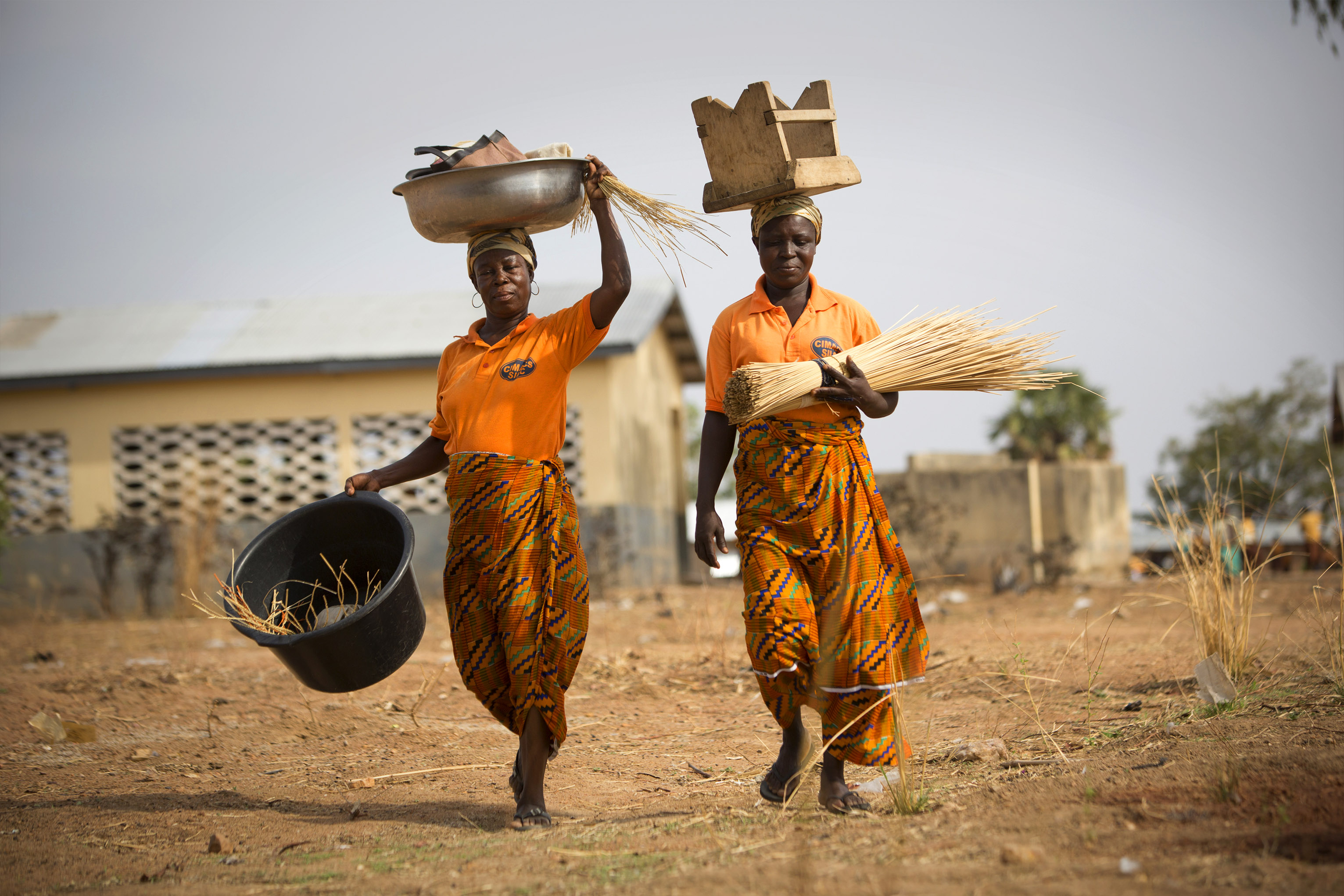 The ones who are impacted by climate change the most are the poorer groups depending on natural resource-based activities. These marginalized are often women. Photo by Jake Lyell for CRS 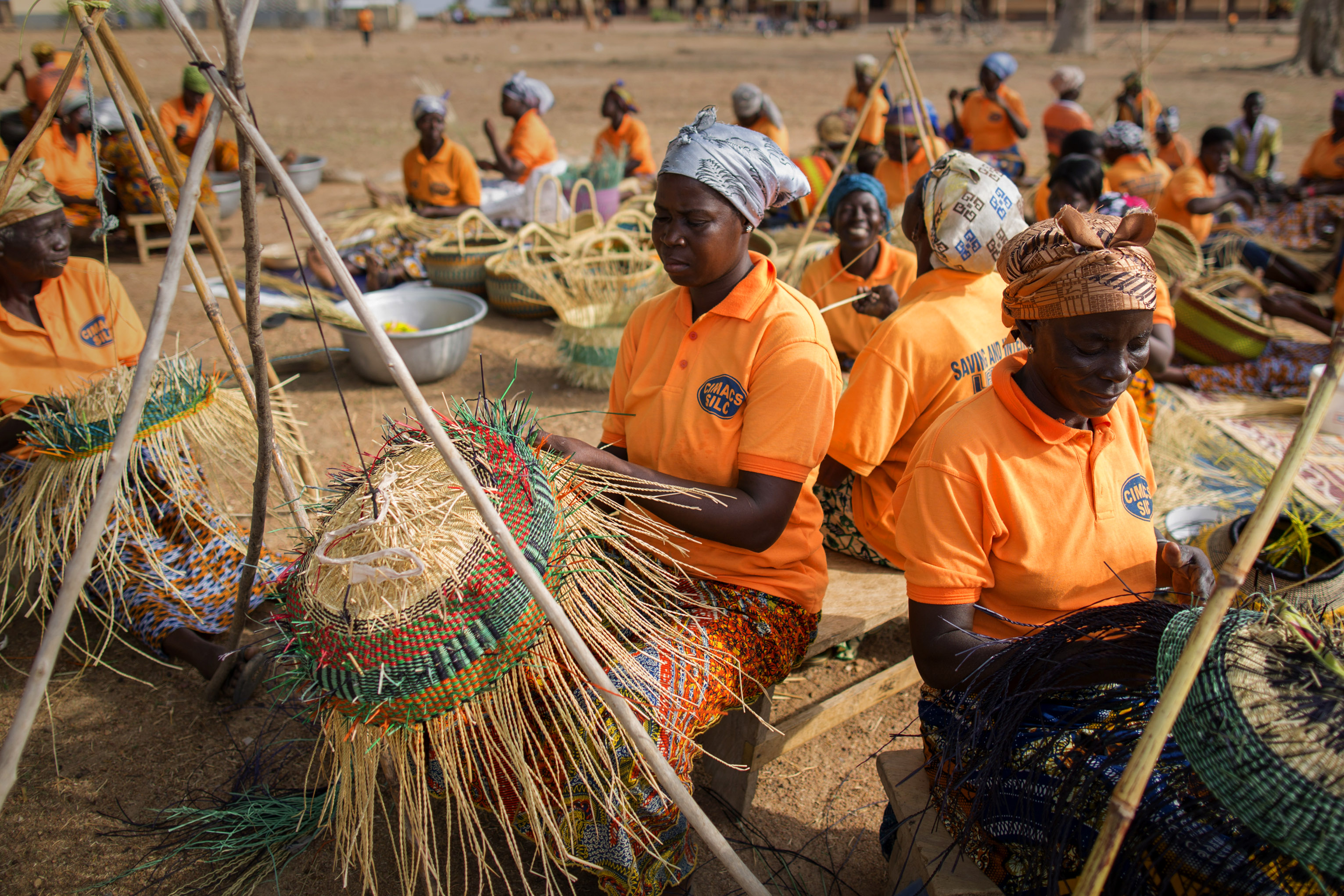 This group of women began weaving straw baskets when weather patterns related to climate change inhibited their abilities to earn a living through farming. Photo by Jake Lyell for CRS 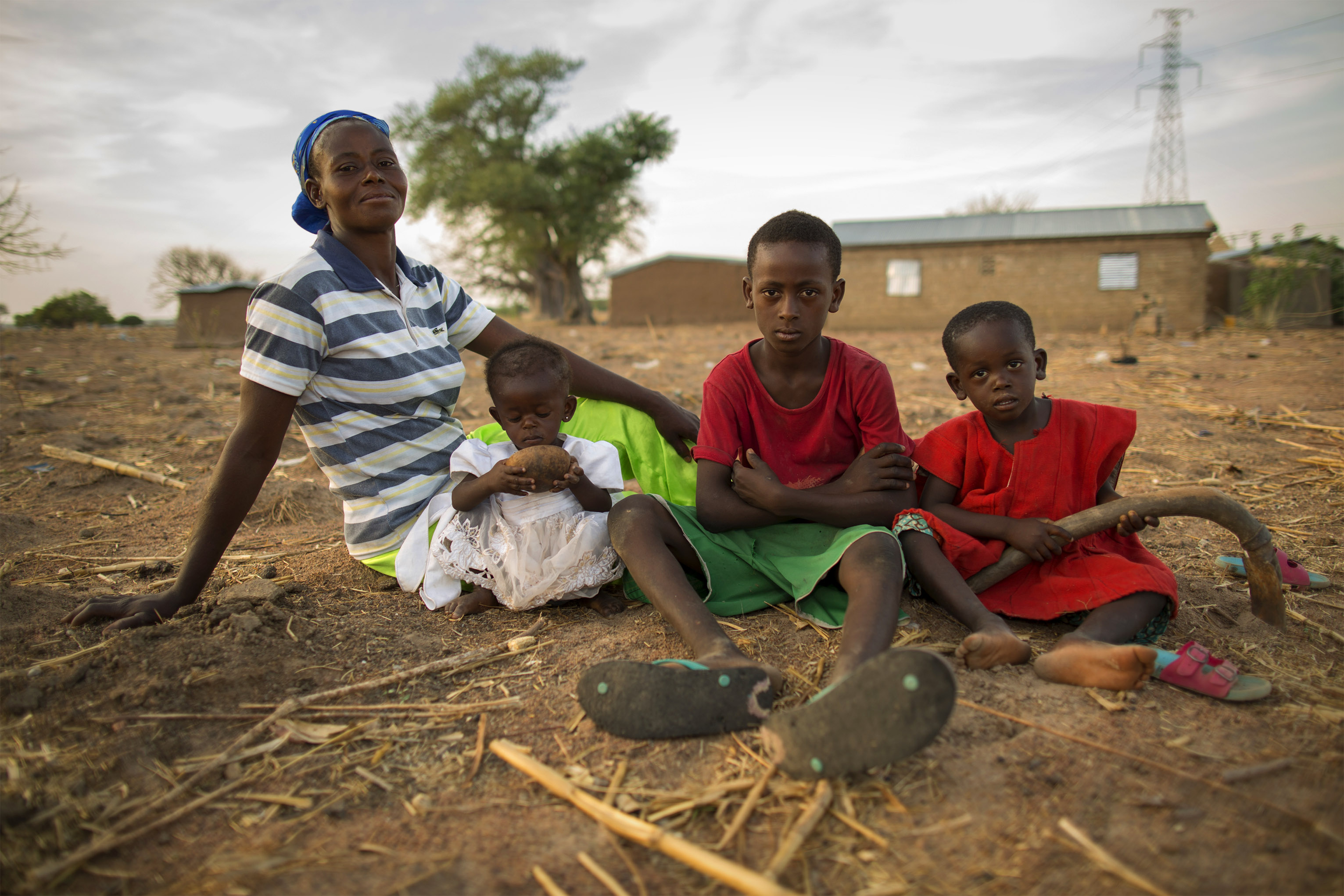 Nyaamah sits with her children on their sometimes profitable farmland. Photo by Jake Lyell for CRS 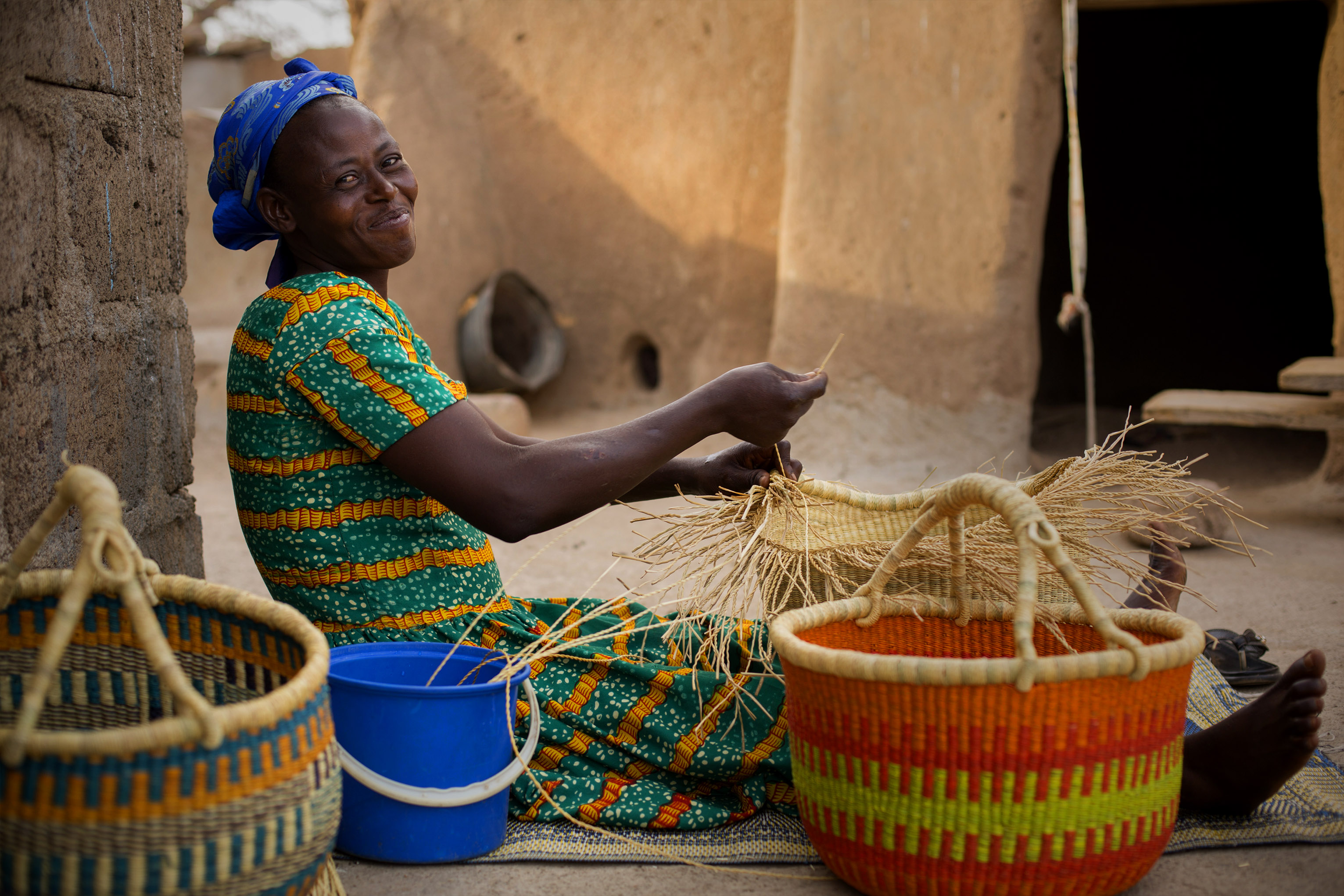 But thanks to a savings program, Nyaamah has a new dream: weaving straw baskets to sell to support her family. Photo by Jake Lyell for CRS

DONATE AND HELP THOSE AFFECTED BY CLIMATE CHANGE

Pray and reflect with your community on our call to respond to the needs of our sisters and... END_OF_DOCUMENT_TOKEN_TO_BE_REPLACED

Reflect on the impact climate change has had on our planet and pray for the Holy Spirit to change... END_OF_DOCUMENT_TOKEN_TO_BE_REPLACED