The Right to Faith, the Responsibility to Peace

In these days leading up to the release of Pope Francis’ encyclical on human ecology, our conversations are rightfully focused on the pontiff’s namesake’s concern for the environment. After all, St. Francis of Assisi is the patron saint of animals and ecology. But in light of Pope Francis’ day­long pilgrimage to Sarajevo, Bosnia­-Herzegovina on Saturday, June 6, 2015, we would do well to reflect on another dimension of St. Francis—more specifically, what so many of us know as the “Prayer of Saint Francis.”

Those first few words—”Lord, make me an instrument of your peace...”—echo powerfully when we think about Bosnia­-Herzegovina, when we call to mind the violence and conflict that has plagued this small, eastern European country. In the wake of the collapse of the former Yugoslavia and under geopolitical pressure from neighboring countries, Bosnia-­Herzegovina erupted into bloody chaos, pitting life-­long members of previously peaceful communities against one another. Lines were drawn along ethno-­religious identities. Muslim Bosniaks, Orthodox Serbs and Roman Catholic Croats picked up arms against one another. When the dust settled, 100,000 people were dead and 4 million had fled their homes—homes that to this day have yet to be reclaimed.

Catholic Relief Services arrived in Bosnia-­Herzegovina in 1993, determined to provide relief to those under siege in Sarajevo. In the more than two decades that have elapsed since, our work has shifted from providing aid to building peace—a peace that Pope Francis hopes to inspire with his visit. A peace that, though fragile, is in many places held together by the same religious actors that once threatened total war. This is faith in action.

These resources can help us reflect and share the message about building peace world­wide: 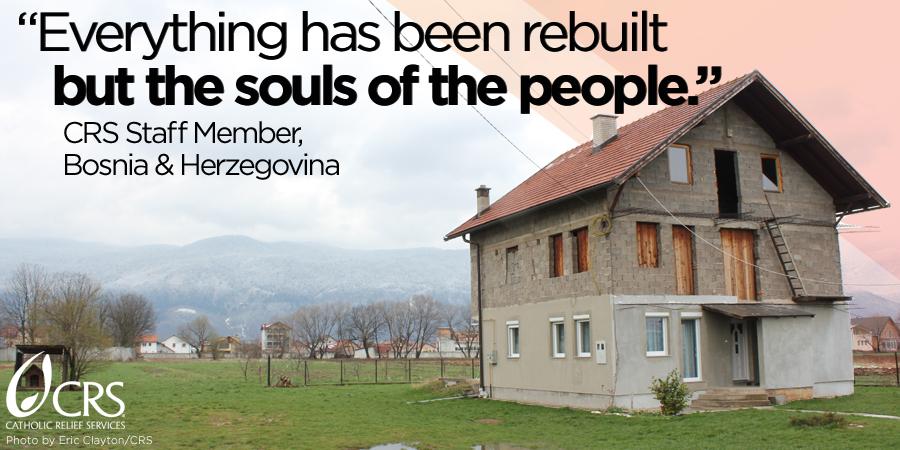 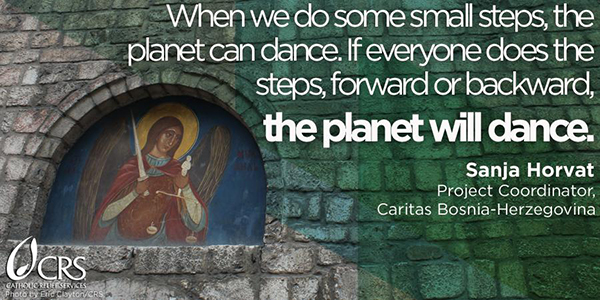