Restoring Peace Among Neighbors in Chad

Mahamat Nour Moussa, a 53-year-old father of seven, was born and raised in the Kouloudia district of the Lac Region of Chad. Growing up, he had known only stability within his community.

“Sons and daughters of Kouloudia and Makaraty used to intermarry,” says Moussa. “We lived in peace until the year 2007, when the conflict began.” 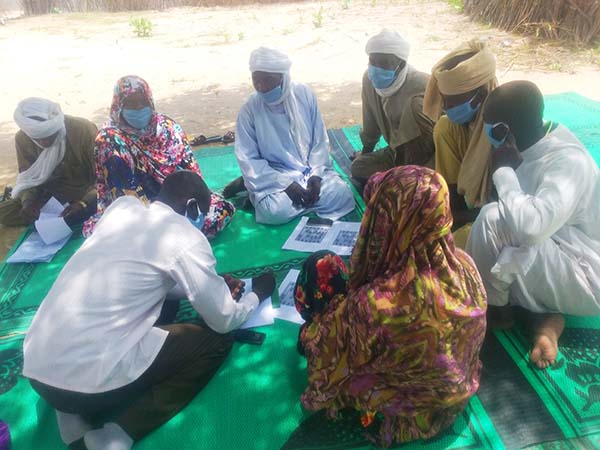 A group participates in training as part of the Stabilization and Reconciliation in the Lake Chad Region project in Bol, Chad. Photo by CRS Staff

This conflict was an inter-communal dispute between Kouloudia and Makaraty, rooted in a political rivalry between two powerful men. It subsequently led the populations of these two communities who once lived in harmony to become rivals pitted against each other. Conflicts over land ownership fueled animosity between the populations.

“We looked at each other like a dog and cat would do,” says Moussa. “I remember telling the head of Makaraty when we crossed paths, and he extended his hand to greet me: ‘You, you are an ingrate. My parents welcomed your parents, offered them land, you got married to our aunt, we gave you everything, and now you want to seize the little we have. Get away; I won’t greet you.’ I was full of hatred.”

Then, in January 2020, Moussa took part in a social cohesion workshop as part of the CRS Stabilization and Reconciliation in the Lake Chad Region, or STaR project.

In Chad, CRS is strengthening social cohesion in communities like Moussa’s by training community-based facilitators in the ‘Ties that Bind’ approach. This approach aims to rebuild fractured relationships between communities and allows them to heal and trust each other again. Youth are encouraged to reject violence and become ambassadors to promote social cohesion within their community.

After participating in the workshop, Moussa reflected, “When I consult my past, I regret some actions that I deliberately did in ignorance. This training has opened my spirit and enabled me to seek reconciliation for the sons of Kouloudia and Makaraty, who are of the same family.” 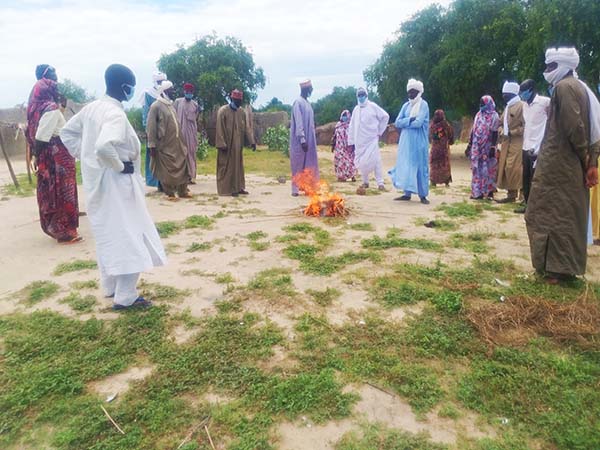 The "fire" is a practical exercise in peacebuilding training that allow participants to identify problems that cause conflict. Photo by CRS Staff

When he returned home after the workshop, Moussa created a reconciliation committee and shared his knowledge with other community members. By coming together in dialogue, the two communities were able to reconcile. It took a great deal of hard work and investment by both sides over seven months to establish lasting peace. As part of the process, the committee organized a day of reconciliation for the communities to discuss their grievances and find solutions.

The exercise allowed the two sides to come to a common understanding and develop a slogan—“Together for a new beginning”—to represent the new spirit of collaboration. The communities slaughtered two cows to celebrate this historical event. Moussa and his neighbors re-established peace that they hope will endure for years to come.

For Moussa, the experience was transformative.

“Yesterday, I was an obstacle to living together in harmony. Today, I am an essential element enabling reconciliation between brothers of Makaraty and Kouloudia. I now have a positive view of the reconstruction of peace,” he says.

Along with social cohesion , the STaR project in Chad also works to revitalize local economies. A key element, in particular for women and youth, is CRS’ Savings and Internal Lending Communities. It’s a powerful economic tool that helps individuals gain access to new sources of credit. That in turn enables them to kickstart their own business ventures that help sustain their families and develop the economic and social viability of their community.

Through the project, CRS supports communities whose lives have been destabilized by increasing food insecurity, conflicts, displacement, and climate change in the Lake Chad Basin. STaR is a 33-month project implemented in Nigeria, Niger, and Chad, and funded by the German Federal Ministry for Economic Cooperation and Development through the German development bank, KfW.