An emerging consensus among scientists blames changing temperatures for the disease that has devastated Central America's coffee production since 2012.

Coffee leaf rust, a fungus known as "roya," caused more than $1 billion in crop losses last year alone, and has cost the region hundreds of thousands of jobs.

But years of neglect and the economic vulnerability of small coffee farmers are as much to blame for the situation as climate change. 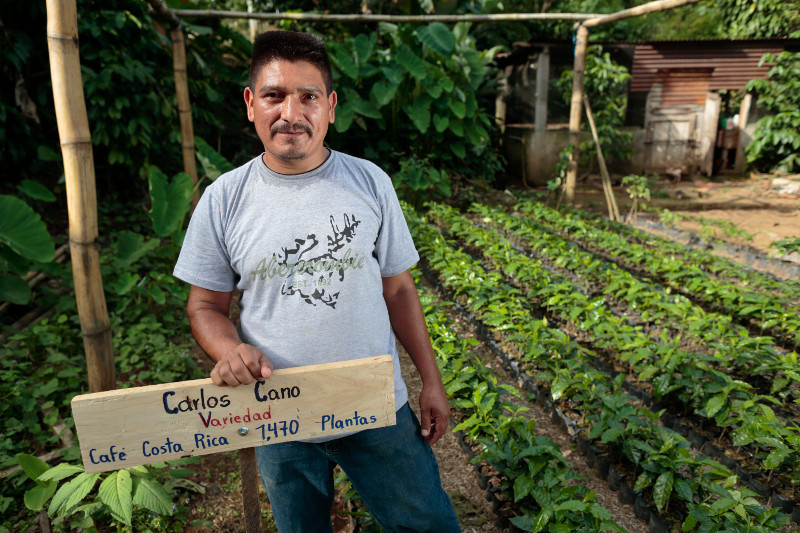 Carlos Cano with the seedlings he is growing. CRS helps coffee farmers in Guatemala bounce back from the devastation caused by coffee leaf rust. Photo by Oscar Leiva/Silverlight for CRS
Coffee farms in Central America are old and weak. Many are not well maintained. Their natural defenses worn down by age and too little investment, thousands of acres of coffee plants have been wiped out by leaf rust, an orange powder that settles into the undersides of coffee leaves until they suffocate and fall off.

"Some of our trees are way more than 25 years old," says Carlos Cano. "It never even occurred to us that we should be renovating our plants, and we can't afford fungicides."

"The roya left a desert in its wake," he says.

Now Catholic Relief Services, through the Green Coffee Initiative, is helping the families of Nuevo Eden—along with some 1,600 other farm families affected by coffee leaf rust in Guatemala—become more resilient.

They are learning to better manage their farms by using organic fertilizer, more effective pruning techniques and disease-fighting fungicides. Meanwhile, CRS is working with farmers to diversify their coffee plants, helping them grow varieties that are more resistant to coffee leaf rust and other diseases.

The families of Nuevo Eden are newcomers to coffee farming compared to the legions of Guatemalan farmers who have been growing it for generations.

Most of them are originally from the western province of Huehuetenango, which saw the worst of the "scorched earth" campaigns of the country's 30-plus-year civil war. The terror forced the families of Nuevo Eden, along with hundreds of thousands of other largely indigenous Maya, to flee to neighboring Mexico and beyond throughout the 1980s.

Carlos and his family, including his older sisters Odilia and Carmen, lived in a town controlled by the military, which routinely killed people suspected of supporting guerillas.

Carlos' father, a carpenter, feared for the family's safety.

So one day in 1982 they left for the southern state of Chiapas in Mexico.

Carlos and his father wore a second pair of pants and T-shirts underneath their clothes. The girls wore two dresses each. Taking a bag of any kind would have drawn too much attention.

It took them 72 hours to walk to Chiapas, where they spent the first 8 months living in a shed owned by a Mexican family that was sympathetic to their situation.

Carlos' father started building furniture again. His mother opened a little tamale shop. They made enough money to eventually build the family a shack of their own in one of the makeshift refugee camps.

When she was 18, Odilia went to work as a domestic servant.

"What was supposed to be 15 days turned into 16 years," Carlos says. "My father, who thought we were leaving just for a few weeks, never would have believed it."

He died in Mexico. Carlos doesn't know what from.

It took 2 years and a historic 15-day hunger strike in front of Guatemala's National Palace to get the credits to buy the land they had been promised by the Guatemalan government as part of the peace accords.

In 1997, the families of Nuevo Eden, who were among the first group of Guatemalans to return from Mexico, finally took possession of the 2,500 acres of coffee-producing land that is now Nuevo Eden.

Most of them, including Carlos, knew nothing about growing coffee. They received little training from the government on how to do it.

Then the international coffee market collapsed and prices plummeted.

"It was really bad luck for us," Carlos says. "We've had problems with our coffee from the very beginning," he says.

Coffee leaf rust, which destroyed about 80% of Nuevo Eden's harvest, is one more in a string of roadblocks.

With production down, the average income in Nuevo Eden is just $40 per month.

Many farmers, including Carlos, have had to migrate to nearby cities for months at a time to work as day laborers on farms and in construction. 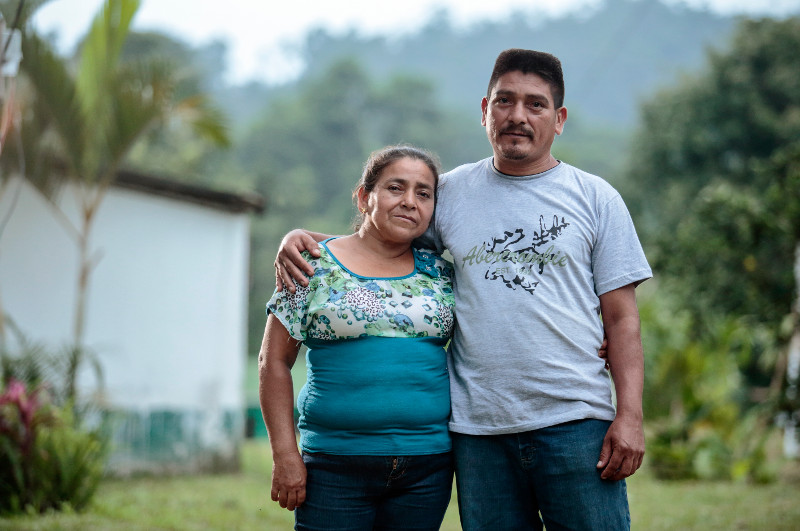 Former refugees Carlos Cano and his sister Odilia can finally build a secure future after returning to their homeland in Guatemala. They are learning better ways to farm and save money through a CRS program. Photo by Oscar Leiva/Silverlight for CRS
Today, CRS is helping Nuevo Eden bounce back from the damage coffee leaf rust caused by replacing damaged, older plants with new seedlings.

It is the first time most of the farmers, including Carlos, have ever renovated their coffee fields.

They will ultimately plant 13,000 new, disease-resistant coffee plants. That means each family will change over almost an acre of their coffee fields to the new species.

In the process, they are learning how to cultivate and graft seedlings of the new variety and transplant them to replace older plants. The community now has a thriving nursery where workers can graft up to 200 seedlings per day. The bustling nursery could soon provide neighboring farmers with new plants, generating additional income.

"Farmers are recognizing the constant threats to their well-being, whether it be prices or pests, when they rely solely on coffee. The project is responsive to these concerns, providing farmers with the training and support necessary to transition from a coffee-dominated forest to a more diversified system," says Dan McQuillan, who oversees the project for CRS.

To that end, Nuevo Eden is starting to focus more of its attention on the macadamia trees that have long sat mostly unattended on their coffee fields.

"Macadamia nuts are easy to grow and lucrative," Carlos says. "It helps during the times of hunger when money is running low."

It is a great backup crop for farmers, who generally earn money only during the annual harvest. Unlike coffee, macadamia produces regularly throughout the year, providing farmers with a small but steady source of income to cover families' day-to-day needs, McQuillan says.

The community also recently formed a savings group. Through this simple approach to microfinance, group members build savings over time and can borrow money to pay for health care and educational expenses, or invest in business ventures.

The savings serve as a revolving fund that farmers can tap to avoid going into debt when they need money to buy seedlings, fungicides to control leaf rust or other critical supplies, ensuring that their response to leaf rust is a sustainable, multiyear process.

A group of women in Nuevo Eden, led by Odilia, often borrow from the fund to buy food they then prepare for sale at community events. Their profits go back into the savings pool—which, as of June amounted to $1,000—generating more income for the entire community.

Today, the people of Nuevo Eden are excited about all of these things.

Use this calendar for key dates to reflect and take action with your community to address climate... END_OF_DOCUMENT_TOKEN_TO_BE_REPLACED