Telafar, the second largest city in Nineveh governorate in Iraq, was one of the last remaining territories under control of ISIS and sustained significant damage during military operations to retake the city. Just about everyone had left Telafar by the time these operations began in August 2017. 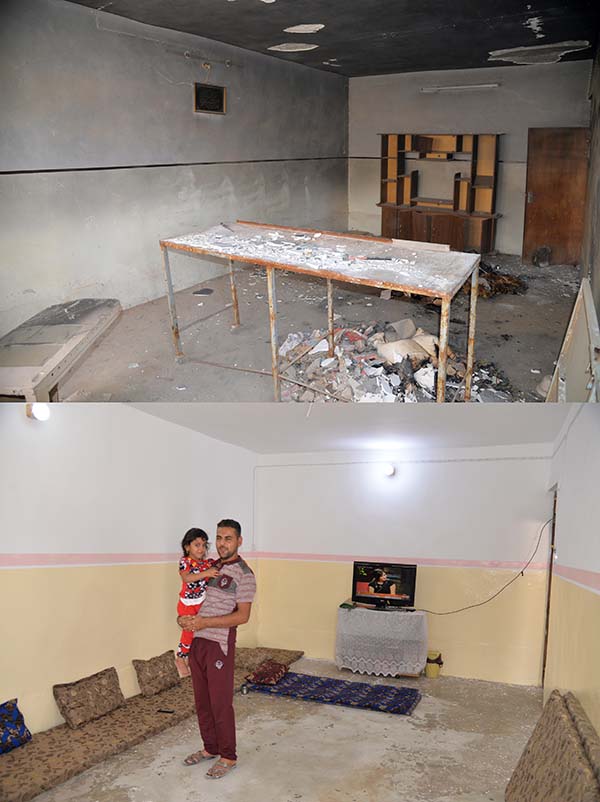 Fuad left Telafar with his whole family in the summer of 2014, after hearing ISIS had taken control of Mosul and was moving west. They evacuated on foot, walking for 16 hours to Sinjar, the next town which was not yet overtaken by violence. However, ISIS continued to gain ground. After only a month, Sinjar was no longer safe and the family was forced to move again, this time to Baghdad. Along the way, the extended family became separated. Many of the relatives chose to go farther south, while some went to the north of Iraq.

It was almost four years—the summer of 2018—before Fuad, his wife Salma, and their young daughter born while they were displaced in Baghdad, were reunited with their extended family. Together, they all returned to Telafar. They heard their city had been retaken by security forces and they were ready to go home after struggling to find work in Baghdad. However, upon return, Fuad discovered the family home was badly damaged.

“I felt so desperate when I saw our home totally burned,” Fuad says. “The restaurant I had been running is now rented by somebody else, the mini-market beside our house is looted. Our only income source is my parent’s retirement pension.”

Fuad’s family managed to live in a nearby relative’s house for free while they sought to repair their home. “I heard that CRS repairs damaged houses in our neighborhood,” Fuad says. “I looked for CRS’ team and I found them. I told them that my home is burnt. They registered my name and my phone number to assess my home the next day.” 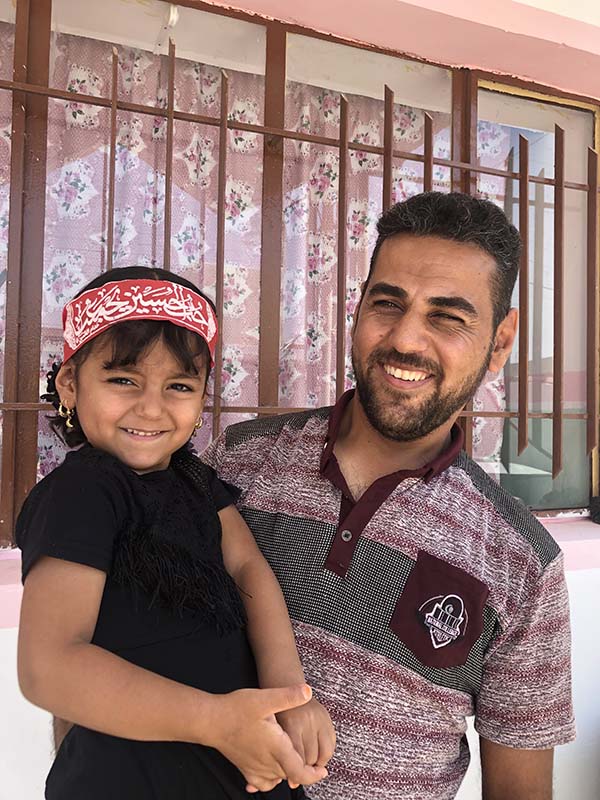 Fuad holds his daughter at their home in Telafar, Iraq. Photo by Bassam Kalka/CRS

With funding from USAID’s Office of Foreign Disaster Assistance, CRS preformed an assessment and provided a cash grant to Fuad to repair his house. Over a period of about six weeks, Fuad arranged to re-plaster the charred walls, bought new doors and windows to replace the burnt ones, installed new sinks and faucets that were damaged or missing, reinstalled the electricity and purchased a water tank.

Now Fuad’s home is freshly painted, has secure doors and windows, and functioning toilets and showers. “The grant was enough to cover the basic needs in my home,” Fuad says. “We also painted the exterior walls to cover all the burnt places.  We all pray for you and thanks to all CRS staff who changed our lives.”

Over time, Fuad believes that he will be able to complete all the remaining repairs to his home. As Fuad and his family continue to rebuild their lives back in Telafar, he hopes to own and run a small general store to support his family.

Fuad is one of over 200 homeowners that CRS has supported with shelter repairs in Telafar in 2019.

Give a Rebuilding Kit