Rebuilding Peace in The Gambia

Growing up in rural Gambia during the 1960s and without any formal education, Mafugi Sonko’s prospects were limited.

Working as a cattle herder, Mafugi was eventually enlisted as a driver in the Gambian military. The stability of a steady income reassured Mafugi that he had lifted himself out of poverty and would be able to care for his wife and children. 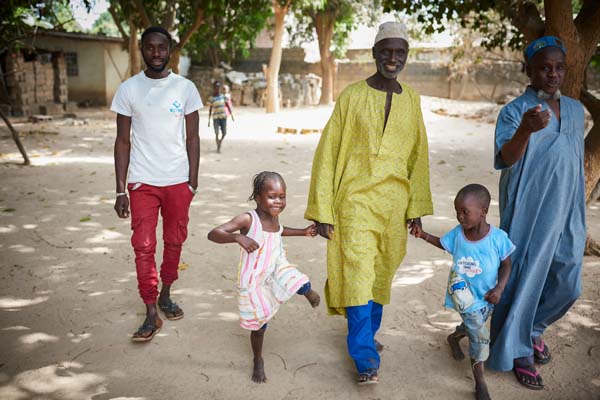 Mafugi Sonko walks with his son and grandchildren at his home in Wuliankama, The Gambia. After the trauma of imprisonment, he is now healing emotionally with help from a CRS-supported commission. Photo by Samuel Phelps/CRS

Then, in 1994, Mafugi’s dreams were shattered when rebel soldiers staged a counter coup in the capital, Banjul.  Mafugi was arrested with them when the plot failed. Those suspected of complicity were killed or, like Mafugi, imprisoned.

"All those killings, I was a leading witness to many atrocities. For seven days, I did not wash, I was covered in blood and flies after carrying all the bodies,” says Mafugi. “I was in prison for years. I was never tried.”

When Mafugi was finally released in 2003, the military would not accept him back into their ranks. Finally, Mafugi found some work at a petrol station and was dismissed officially from the military without explanation in 2011.

In 2016, 22 years of dictatorial rule came to an end in The Gambia when a democratically elected president took office.

Soon after, the Truth, Reconciliation and Reparations Commission was established to investigate human rights abuses and allow witnesses, victims and perpetrators to speak openly of this dark era in The Gambia’s recent history.

"I was made to understand that people who suffered human rights violations should report them so people can heal,” Mafugi says.

By recognizing the past suffering of injured citizens and officially condemning human rights abuses, the commission aims to foster trust and rebuild a credible social structure following years of dictatorship.

“The establishment of the commission is a step in the right direction,” says Joanna Mendy, CRS program manager. “Nonetheless, Gambians are deeply worried about how government will ensure justice and reconciliation, and restore peace. The commission helps ensure ownership of the process by Gambians. We are hopeful that together we can re-build, restore the peace and foster national development.” 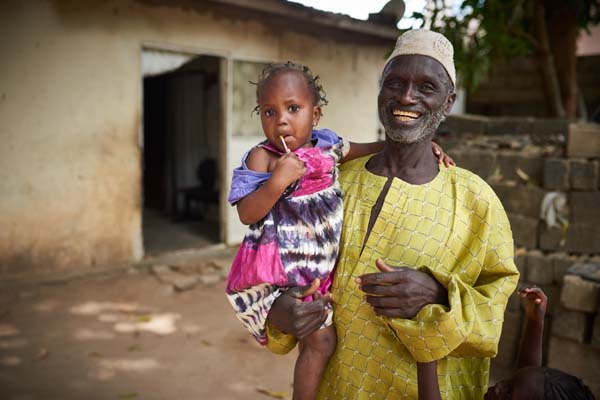 Mafugi Sonko holds his granddaughter Isha at his home in Wuliankama, The Gambia. Mafugi related the story of his arrest and imprisonment during the 1994 counter coup in The Gambia in order to heal emotionally. Photo by Samuel Phelps/CRS

"We are trying to engage the whole country in a national conversation on the causes and consequences of dictatorship,” says Dr. Babagalleh Jallow, executive director of the commission. "By the time we finish this work, we hope Gambian political culture will have been very significantly transformed, that people will be more empowered and more capable of saying ‘no’ to dictatorship and ‘no’ to human rights violations.”

CRS is  training commission members on trauma healing and social cohesion so they can better support people like Mafugi,  helping them heal and even reconcile. “Maybe we can’t give back lost years to people like Mafugi. but gaining the people’s confidence and hearing their concerns is absolutely the first major step,” says Joanna Mendy.

For Mafugi, the healing process will take time, but it’s at least a start.

"My family did not know about my story before, because if I had told them, they would have found it difficult to live with. Now they are relieved that I spoke and there is closure Now I can forgive but I can never forget.”

A prayer asking God to help us recognize family in each of His children, to know them as brothers... END_OF_DOCUMENT_TOKEN_TO_BE_REPLACED