Rebuilding Homes and Communities After Disaster

“When we perform at our best like in Haiyan, we can change lives past our own expectations.  It is something I take to and share in every country we support.” 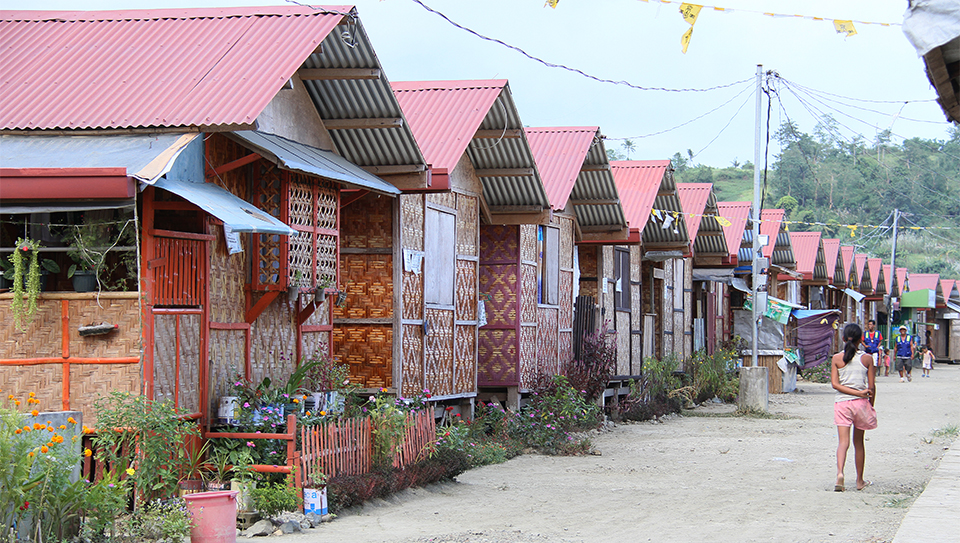 More than 6,300 people were killed, and 4 million were displaced. Nationwide, the livelihoods of 5.6 million people were destroyed or disrupted. 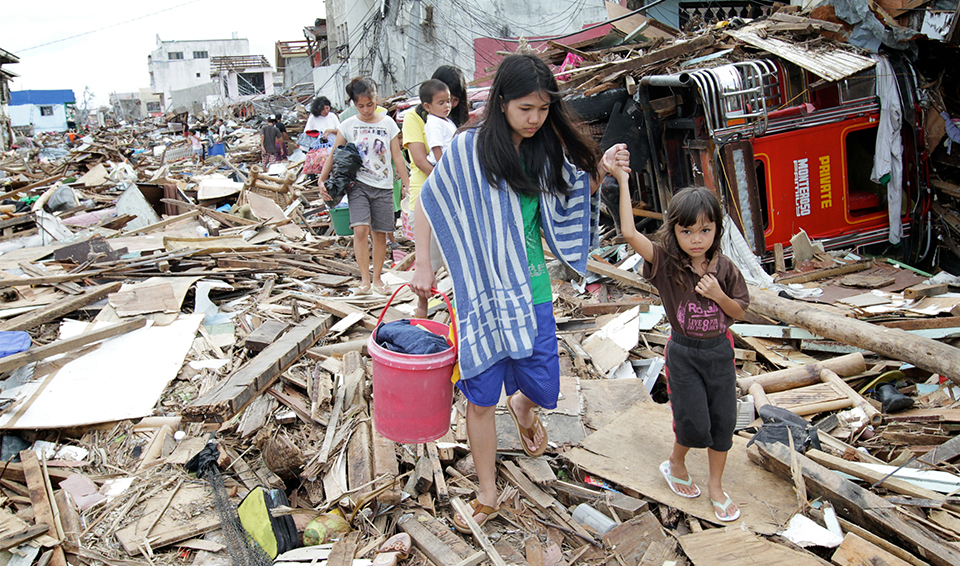 One of the most powerful storms ever recorded, Typhoon Haiyan battered Tacloban city in central Philippines November 2013.

Photo by Kent Truog for CRS

Destruction in some areas was so fierce, the government declared no-dwell zones. In hard-hit Tacloban, more than 2,500 households were unable to return to their neighborhoods. The CRS shelter team offered a variety of relocation options, eventually helping relocate whole communities while keeping them as close to their original land as possible to minimize disruption to their livelihoods, their children’s education and their existing social support system.

“The Haiyan response makes me feel very proud for many reasons,” says Tulio Mateo, CRS technical advisor for shelter and settlements. “We facilitated an integrated recovery process for thousands of people, giving them options to choose from. This sounds easy but it is not. It is a process that takes time and patience, and not all organizations take the time to do it, and we did.  And the experiences and learnings from Haiyan have further shaped other responses around the world. The teams involved, Filipino staff and volunteers, many of them also affected by the typhoon, were so committed that it drove each one of us to give our best for those who needed it, every day.” 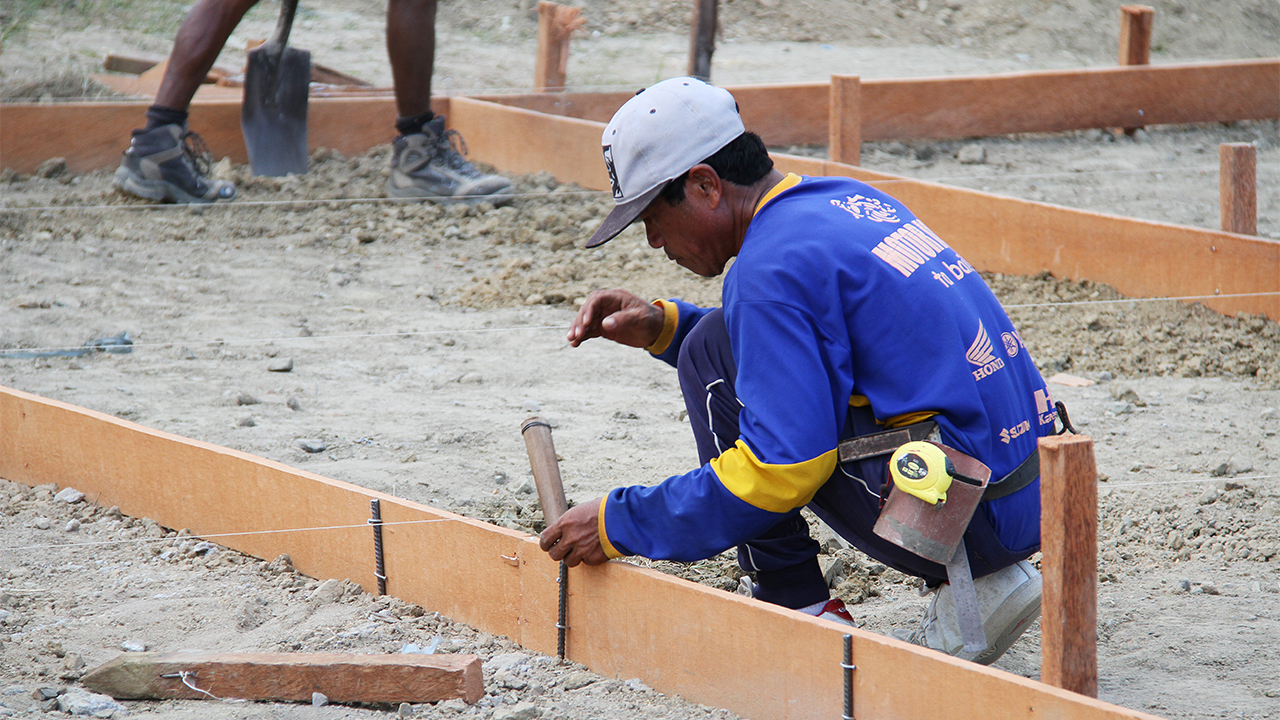 CRS trained carpenters and supplied them with essential tools to work with communities. The shelter design incorporated latrines and septic takes to ensure clean and sanitary environments.

CRS provided support tailored to households’ damage assessment: total damage, major repair, minor repair, or roof only. Families able to rebuild on their own were offered a combination of technical assistance for construction, cash, and selected shelter materials.

Extremely hard-hit and vulnerable households had their homes built for them as part of CRS’ complete shelter package that included three types of shelter styles, materials, labor, and technical assistance.

“The transitional relocation sites where people moved out of the no-dwell zones were amazing and inspiring,” Mateo said. “These sites provided a home, and served communities with water, toilets, meeting spaces and playgrounds.”

Near the end of the project, CRS organized community gatherings to give everyone an opportunity to hear the final results and share their thoughts publicly with each other.

“It was very emotional. We all had tears in our eyes,” Mateo says. “The bonds among CRS teams and families, communities, leaders and authorities was so profound that we could not hold them. We had tried so hard to change together the face of devastation, and we could actually see the change in the field and in people’s faces. This was more than a response, it was the materialization of resilience, beyond physical features like shelter, water pipes and drainages. It was living again.

In December 2014, CRS shelters and toilets were put to the test twice: Category 2 Typhoon Ruby with wind speeds of up to 100km per hour and Tropical Storm Seniang whose heavy rainfall flooded communities across Leyte and Samar. CRS shelters withstood both storms with minimal damage.

Analynne Parado lost her home and youngest child to Typhoon Haiyan. CRS hired workers to build her new home designed to suit her needs and environment.

The Anibong Resettlement Project, funded by CRS and the American Red Cross, supports 900 of the most vulnerable families from the Anibong community to restore the lives and livelihoods in a safe, sustainable, and dignified new community. Find out how you can help.

Read the latest update from CRS country programs and partners around the world as they respond to... END_OF_DOCUMENT_TOKEN_TO_BE_REPLACED

Read the latest two-page summary from CRS country programs and partners around the world as they... END_OF_DOCUMENT_TOKEN_TO_BE_REPLACED