About 10 minutes into a trip to the grocery store, Salahaldin Yaseen looks at a text from his wife. Just like any good husband, he wants to be sure he's not forgetting something. After much deliberation, he chooses two bags of chicken, several cans of tomato paste, a box of tea and some cheese.

"My wife, she helps me with everything," he says, a twinkle in his eyes. 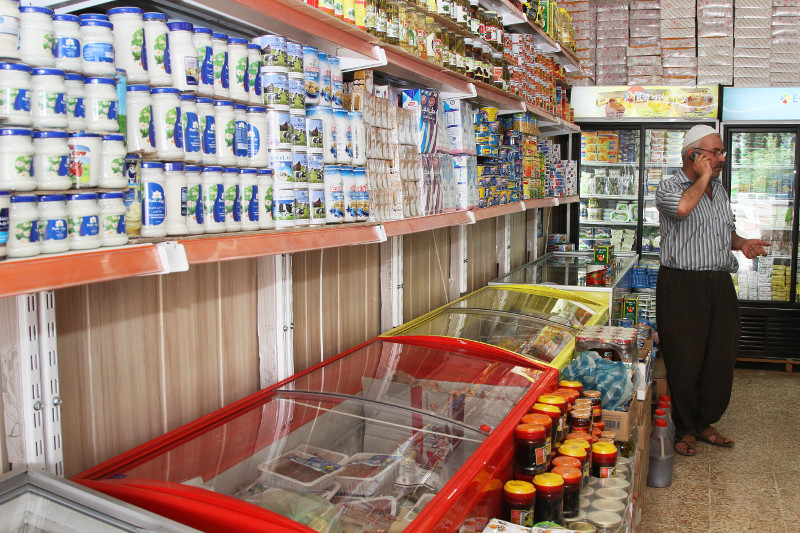 Salahaldin Yaseen checks in with his wife during a trip to the grocery store. They are among thousands of displaced Iraqis receiving monthly food vouchers from CRS and Caritas Iraq. Photo by Kim Pozniak/CRS
Instead of paying with cash, which is scarce among people displaced by ISIS in northern Iraq, he uses vouchers he receives monthly from Catholic Relief Services and our partner Caritas Iraq, as part of joint emergency relief programming.

In June 2014, ISIS fighters seized Mosul, the second-largest city in Iraq and Salahaldin's hometown, pushing out hundreds of thousands of families. Narrowly escaping the violence, Salahaldin fled to Iraqi Kurdistan with his wife and four of his eight children.

"When will we see the end of this?" Salahaldin wonders about the violence, his face a mask of frustration.

There are few options to earn a living where Salahaldin's family now lives. He has set up a small vegetable stand with his neighbors, but the income he receives barely covers his family's shelter. They rely on the monthly food vouchers from CRS and Caritas.

More than 15,000 people have received vouchers. CRS plans to more than double that number in coming months. The vouchers are redeemable for food in preselected local stores. Unlike food distributions, vouchers give families the ability to choose what to purchase based on their individual needs.

For Seham Salih, 20, who also fled Mosul a year ago, a food voucher means that she can afford to feed her 3-year-old son and her 10-month-old baby. 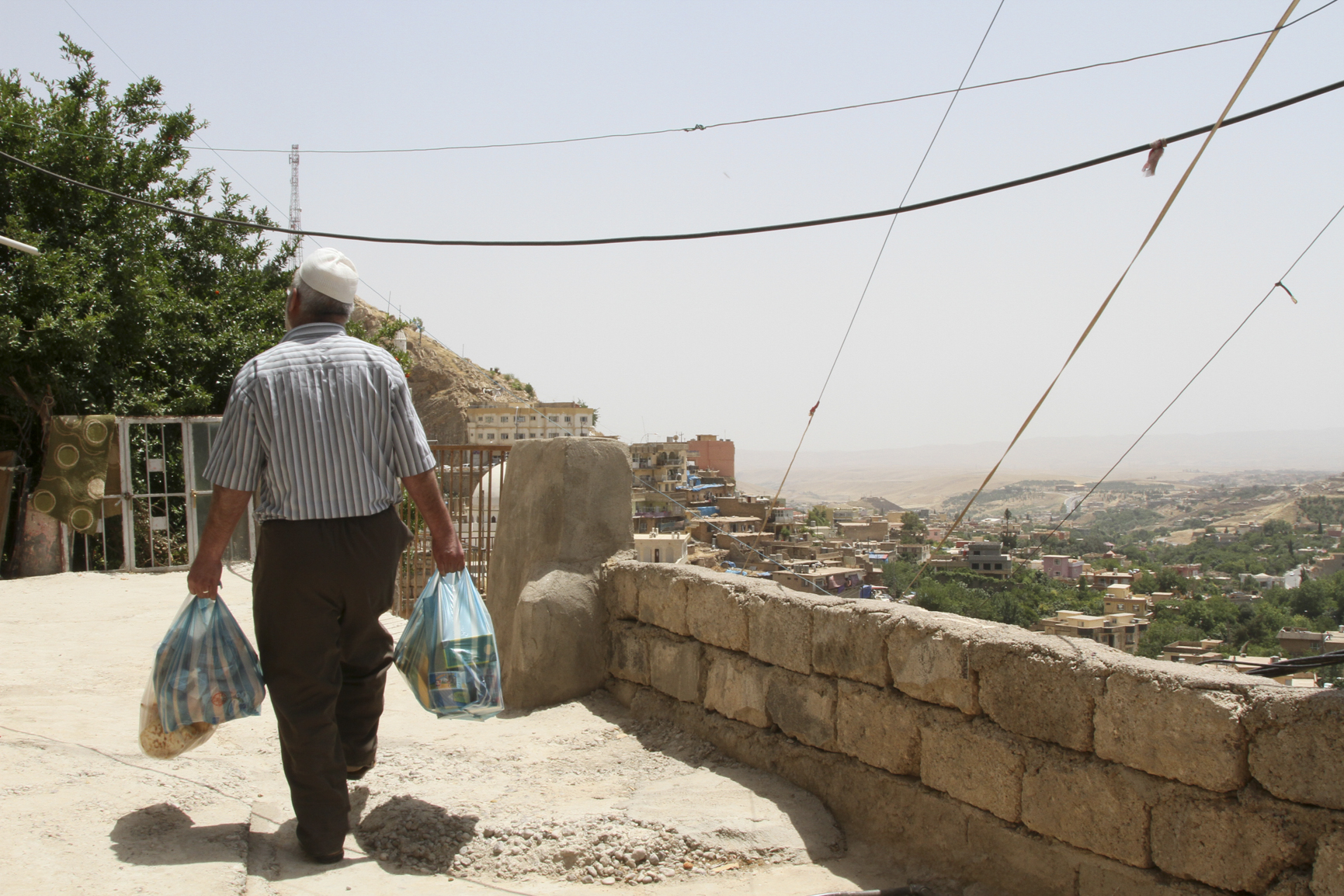 A few bags of groceries, purchased with vouchers from CRS, are a precious commodity for families like Salahaldin Yaseen's, who fled ISIS and have few options to earn money. Photo by Kim Pozniak/CRS
"We lost everything," Seham says. "We came here with nothing."

Seham says she used to eat at least three eggs a day. Now she's down to one, if that.

As she waits in line for her food vouchers, she talks about the family's hardships. Her husband is a day laborer who sometimes doesn't get paid. Without steady income, the family depends on aid agencies like CRS to survive.

According to Zuhair Ismail, CRS project manager for emergency relief, the most pressing needs for displaced Iraqis are food, shelter and household items.

"Through our voucher system [displaced people] are able to select the food they prefer, as opposed to other programs in the past where they received a predetermined food basket," Ismail says. "This helps them save money on their food shopping, and allows them to live more comfortably." 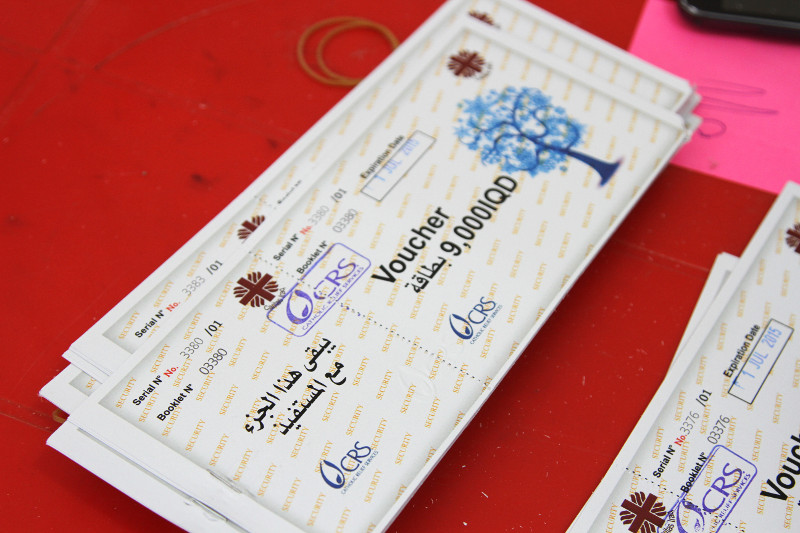 CRS plans to more than double the number of people receiving food vouchers in the next few months, as part of our emergency response to the crisis in Iraq. Photo by Kim Pozniak/CRS
CRS has reached more than 88,000 displaced people through emergency relief programming since we began responding to the crisis in January 2014.

Following the trip to the grocery store, Salahaldin hands three bags of food to his wife, who sets aside a few items for the family's lunch.

While reflecting on his family's displacement, Salahaldin strikes a tone of nostalgia. "Life was very easy in Mosul. All the people were like brothers," he explains. "We lived together peacefully."

Placing his hand over his heart, he says, "I hope to return to Mosul, but a Mosul without [ISIS]."

Read the latest update from CRS country programs and partners around the world as they respond to... END_OF_DOCUMENT_TOKEN_TO_BE_REPLACED

Read the latest two-page summary from CRS country programs and partners around the world as they... END_OF_DOCUMENT_TOKEN_TO_BE_REPLACED