“Males sing in your ear, but females drink your blood.” —Seydou Fati

Seydou Fati is a community health worker who knows a lot about mosquitoes. She knows what they sound like, what they look like and when they like to strike.

She also knows that each year, thousands of people die from malaria—a disease spread by a mosquito’s bite—and that young children in Africa are the most affected.

But these deaths don’t have to happen. Malaria is preventable, and it’s her job to teach people how to protect themselves.

Growing a network of prevention 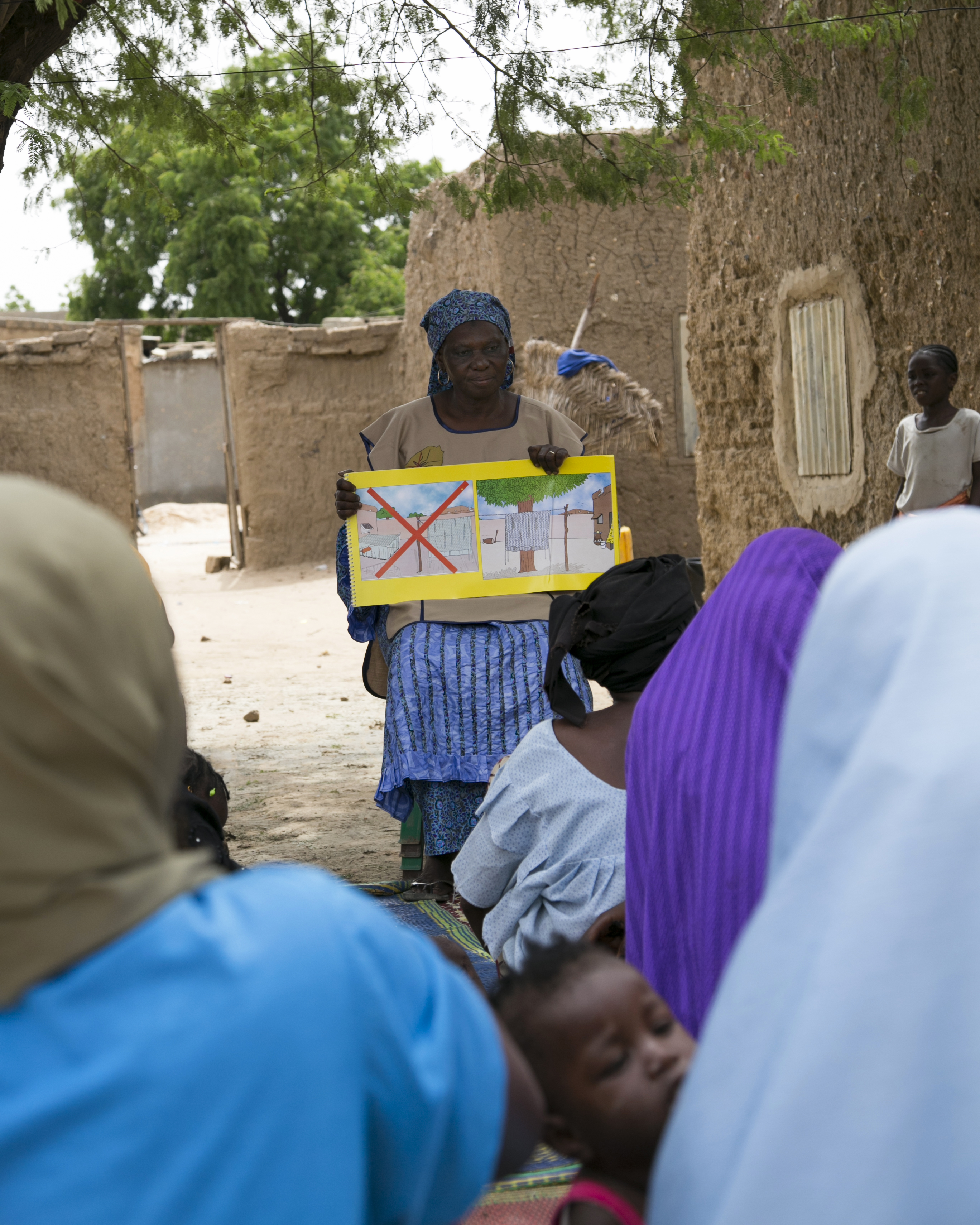 Seydou Fati, a community volunteer in Niger, educates communities about the importance of malaria prevention, including the use of insecticide-treated mosquito nets. Photo by Michael Stulman/CRS

Seydou’s work is part of an ambitious project led by Catholic Relief Services in Niger: Ensuring that about 21 million people sleep under long-lasting, insecticide-treated mosquito nets.

“Malaria has a devastating effect on communities across Africa,” says William Rastetter, former CRS country representative in Niger. “By edging closer to universal coverage in Niger, we can eliminate malaria—and the needless deaths that have occurred because of the disease.”

Since 2009, in collaboration with Niger’s Ministry of Health and our local partners, CRS has supported the distribution of 18.8 million nets nationwide.

Since 2 people are expected to sleep under each net, more than 21 million people in all regions of Niger have had the opportunity to be protected from malaria-carrying mosquitoes during the insect’s most active hours—from dusk to dawn.

In addition to preventing malaria, the nets save families money and worry.

“If I take my child to the doctor, I need to bring money,” says Seydou. “But if you put the child under a net, then you don’t need to spend that money on medicine.”

Seydou teaches families to go under their mosquito nets as soon as night comes, and to bring their child to the nearest health facility at the onset of fever to test them for malaria, and receive treatment medication in the event that the test result is positive indicating that a child had malaria.

And community members are seeing results.

“In Niger, people are very poor. At times, my children got malaria. I would go to the local health clinic, but they would turn me away,” says Haoulé Abdou, a mother of six. “They’ve gone 1 year without malaria. The most important lesson is to sleep each night under a net.”

Targeting the most vulnerable

Seasonal malaria chemoprevention (SMC) is an approach recommended by the World Health Organization since 2012. It involves the regular administration of antimalarial medication during the rainy season to children between 3 months and 59 months, the age group most at risk for severe illness and death.

In 2014, CRS started supporting The Gambia with the introduction of SMC, which now has the goal of “no new cases of malaria” in its national malaria strategy. Since then, CRS has been supporting five countries (Cameroon, Guinea, Mali, Niger, and The Gambia) in the scale-up of SMC. Some highlights include: 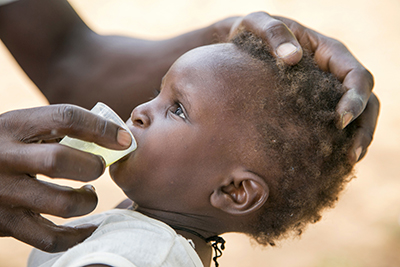 A child receives medication to prevent the transmission of malaria. Photo by Michael Stulman/CRS

“Before these projects, malaria was very common. Sometimes people were dying,” says Haoulé. “I believe in SMC.”

We seek daily renewal from the source of all life, and so we pray ... END_OF_DOCUMENT_TOKEN_TO_BE_REPLACED

Our walk with God is reflected in our walk with others, and so we pray ... END_OF_DOCUMENT_TOKEN_TO_BE_REPLACED