While pregnant with her youngest child in 2005, Marie tested positive for HIV during a routine prenatal consultation. Following the advice of her doctor, she immediately began taking antiretroviral medications to help lower the amount of HIV in her blood and reduce the chance of transmitting the virus to her unborn baby.

At the time, she was dealing with family problems, including disputes over property left behind by her late husband, who had recently passed away. It was a daily struggle for Marie, now widowed, pregnant and living with HIV, to continue to run the household and take care of her two other children. 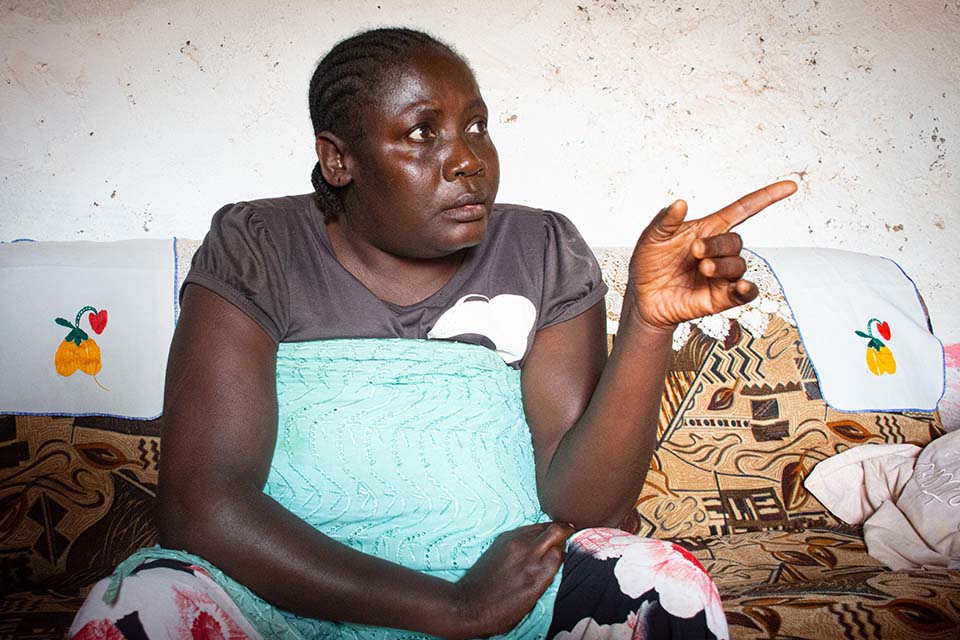 Marie participates in the CRS KIDSS project that helped her get the treatment she needed to live a healthier life.

But Marie was aware of her HIV status. She understood that taking the medication each day and following up with visits to her health center were vital for her survival and the health of her baby.

Despite her commitment to taking medication and respecting medical appointments, her health situation remained worrying. The level of HIV in Marie’s blood was high, and at one point she showed signs of toxoplasmosis—a disease that results from infection by a common parasite and can cause serious complications for pregnant women and people with weakened immune systems.

Unfortunately, instead of trying to determine the reason for her health problems, staff at the health center assumed she was simply not taking the medication she was prescribed. Despite Marie never missing an appointment, the staff admonished her.

Marie’s health continued to deteriorate, but fortunately her child was born healthy, testing negative for HIV after possible exposure during birth. 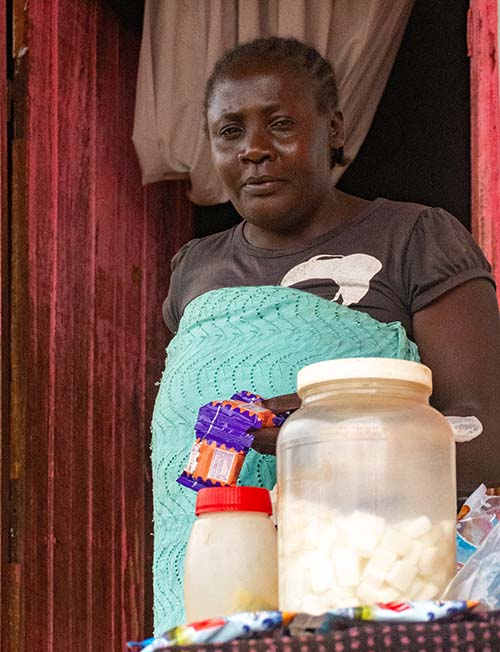 During the next 15 years, Marie continued taking her medication, but her immune system remained weak. She suffered frequent illnesses that normally would not affect someone with a healthy immune system.

Then, in 2020, Marie enrolled in a project called KIDSS, which stands for Key Interventions to Develop Systems and Services for Orphans and Vulnerable Children. The project is funded by the United States Agency for International Development and the President’s Emergency Plan for AIDS Relief, and is implemented by Catholic Relief Services and our partner the National Episcopal Conference of Cameroon as well as 26 other local organizations, in 66 health districts across all 10 regions of Cameroon.

Initially implemented as a poverty alleviation project in the context of HIV, since 2019 KIDSS has strengthened its case management focus on comprehensive HIV care and treatment services. The project works directly in communities to support families affected by HIV and collaborates with clinical partners to achieve a common goal: 95% of people with HIV know their HIV status, 95% of people who have HIV are consistently receiving treatment, and 95% of people on consistent treatment have suppression of the virus in their blood. KIDSS case workers make monthly visits to the homes of people with HIV to assess the quality of their treatment, improve adherence to their treatment schedule and detect cases of potential treatment failure.

An assessment found that Marie was properly following her treatment regime. Her case worker suspected the prescribed medications were not having the intended effect. The case worker requested a resistance test and, once it was confirmed that Marie was resistant to the type of medication she was taking, she was switched to a different medication. She was also treated for other infections, including toxoplasmosis.

Three months after switching to a different medication, lab tests showed the amount of HI in Marie’s blood had significantly decreased. Her health and quality of life improved considerably.

In addition to covering the cost of her treatment, the KIDSS project also provided Marie with a grant of $86 to help her to start a small business to improve her and her children’s lives. Marie used the money to open a small shop next to her home, where she sells basic household goods such sugar, bread, soap, salt, palm oil and rice to her neighbors and other community members.

"The income I earn from this business allows me to pay for transportation to get treatment and to feed the children," she says.

Regarding her health, Marie is grateful to her case worker for his help with her treatment.

"Without him,” Marie says, “I would certainly have died, abandoning my poor children.”

First started in 2014, the KIDSS project currently provides targeted services to more than 60,000 people across 66 health districts in Cameroon. Services include access to pediatric prevention and HIV testing services; HIV care, treatment and support services to 10,100 children and adolescents living with HIV; microfinance activities; school placement and scholarships; support for early child development and positive parenting; sexual and reproductive health education for adolescents; and referral for child protection services. KIDSS is funded by the President’s Emergency Plan for AIDS Relief, or PEPFAR, and the United States Agency for International Development.