Promoting Peace Ahead of Elections in Liberia

James Paypay, 38 years old, remembers Liberia’s war time as the worst period in the nation’s history. Thousands of people died. There are still reminders of the damage throughout the country: underdeveloped health systems, inadequate infrastructure and urban slums that became home to thousands fleeing violence in rural areas. 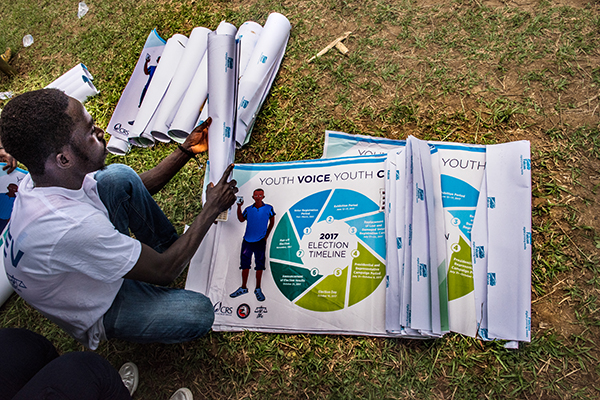 Liberia’s people have suffered, and with historic elections coming up in October 2017, people like James are keen to keep the peace.

“We came from war. We don’t want to go back there,” James says.

To help, Catholic Relief Services and our Church partners—which have been active in supporting Liberia’s post-war healing and reconciliation—are encouraging a peaceful political transition by promoting nonviolent participation in the electoral process.

Elections are an opportunity to reshape government and expand civil participation, but they can also bring uncertainty for countries like Liberia, where Ellen Johnson Sirleaf, the incumbent president and Africa’s first elected female head of state, is stepping down from the presidency.

Her departure will mark the first peaceful democratic transfer of power since the 1970s. But it comes as the U.N. peacekeeping force is departing. In fact, United Nations Mission in Liberia, or UNMIL, will complete its withdrawal by March 31, 2018. While security has improved during the past 15 years, the government of Liberia will assume full responsibility for its security once the UNMIL withdrawal is complete, and this is concerning for many Liberians, according to a 2016 CRS survey of more than 1,500 people.

The survey reveals deep-seated fears of renewed violence. Respondents were evenly split on whether Liberia is at risk of once again descending into large-scale violent conflict. They cited three factors that could lead to renewed violence: systemic corruption in the public sector, disputes over land ownership and high rates of youth unemployment.

“The consequence of violence would be suffering—for youth, children and the elderly in particular. Food prices would increase. Our future will be damaged,” says Natasha Sumo, a youth volunteer with CRS. 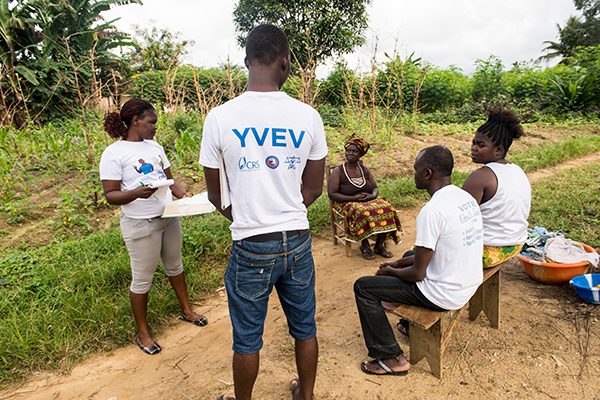 “We’re from this community, so people listen to us. Not everyone has a radio, so people are grateful we are visiting their homes,” Natasha says. “Since our work started, there are changes taking place. When we started canvassing the community, people would say, ‘This coming election, we will not vote because last election, my vote didn’t change anything.’ But we say every vote counts.”

Altogether, there are 150 volunteers like Natasha, who were recruited and trained by CRS to help educate voters. Working together, they will reach more than 25,000 young people. In addition to supporting door-to-door volunteer work, CRS has helped organize several town hall meetings to promote messages of peace.

“We are ready to vote,” says Natasha. After all, “One vote can make a change.”

A prayer asking God to help us recognize family in each of His children, to know them as brothers... END_OF_DOCUMENT_TOKEN_TO_BE_REPLACED