Preventing Malaria in Republic of Congo

The village of Koubatsaki is blessed with an abundant source of fresh water that feeds from natural springs flowing through the region and into the nearby mighty Congo River. Fast running streams trickle down through gullies amongst lush vegetation and clusters of immense bamboo trunks shoot out of the ground and form cathedral like arches throughout the forests. The water feeds artisanal irrigation systems into fertile vegetable plots tendered by local farmers. Produce grown is sold by women at nearby road junctions that become more congested and colorful as you move closer to the capital city, Brazzaville, around an hour’s drive away. This has been a way of life that has not changed for many years; families living off the land and perhaps making some income from what they can sell on the side to pay for basic necessities.

But when the water stops flowing in Koubatsaki and forms stagnant pools, it is no longer seen as a blessing.

It brings something else that has not changed in many years: the omnipresent threat of malaria. 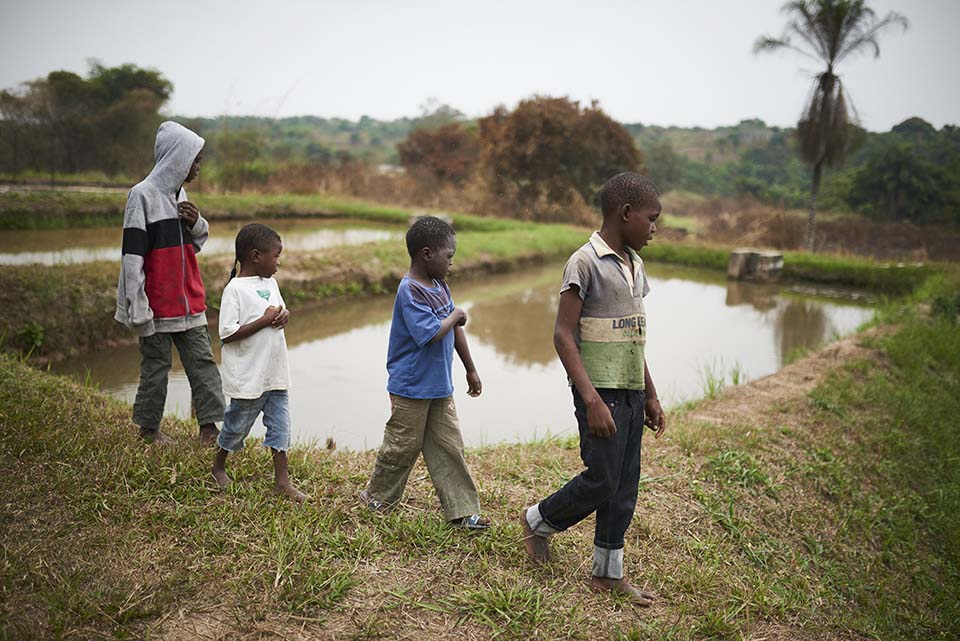 Brothers walk around ponds that were once used to raise fish and now breed mosquitoes that can carry malaria.

“We are surrounded by a lot of water,” says Jean-Pierre Momonekene, village chief. “The mosquitos are everywhere. Malaria is produced here almost like in a factory. You feel weak, you have fever, sore joints, and are sick in the stomach, even vomiting. This is something that dates back to before I was born.

“The consequence is that everyone suffers in the community,” says Jean-Pierre. “People are too poor to be treated, they die from malaria in serious cases. If you do not have any energy you can’t go into the fields or undertake other activities to make a living and support your family.”

Prisca Malonga and her husband Eric Ndamba live with this reality every day. Working as a public servant, Eric is a groundskeeper for a disused fish farm. Over a dozen ponds that were at one time used to breed fish are now breeding grounds for mosquitos. 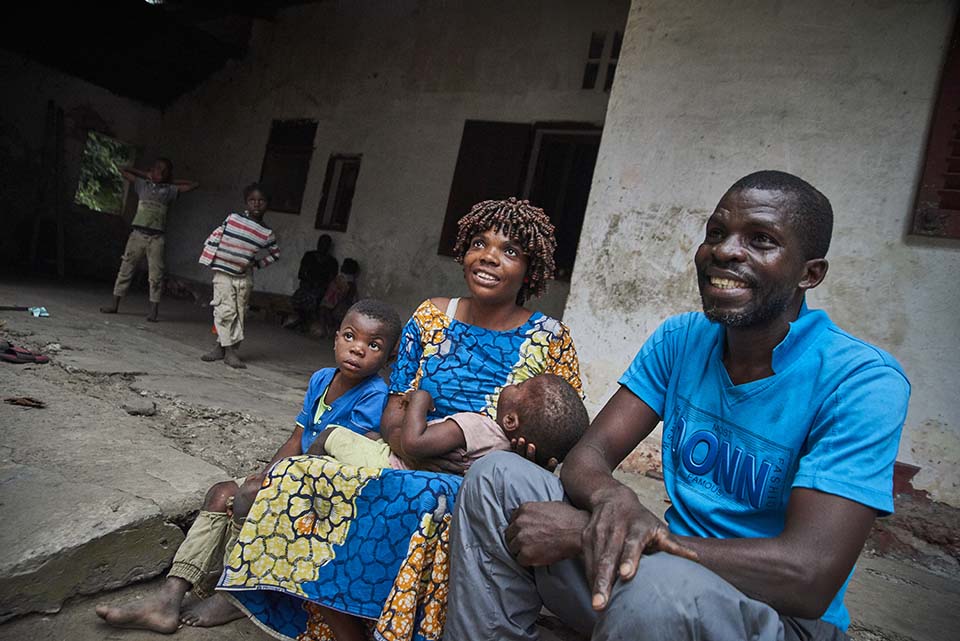 Prisca Malonga sits with her husband Eric Ndamba, their baby boy, Charlie Oscar, and son Grace-a-Dieu in the village of Koubatsaki, Republic of the Congo.

“Each week there is a child or parent who suffers from malaria,” says Eric. “Sometimes I can pay for the medicine I buy from street sellers but if we don’t have the money we make a herbal tea to alleviate the symptoms, because the hospital is so expensive. You are never at ease. You are always worried.”

“When my children have malaria I hardly sleep because I am taking care of them,” says Prisca. “My youngest son was recently sick, he was crying and had fever all night. I suffer from fatigue, it’s like I am also sick. When I have malaria it provokes high blood pressure and other sicknesses are triggered. It’s hard to take care of myself and the children and the same time.”

Ultimately, the best defense against malaria and its attendant poverty is prevention. Treated mosquito nets, technically known as Long Lasting Insecticidal Nets offer the most effective method of protecting families from mosquito bites that carry the malaria disease. 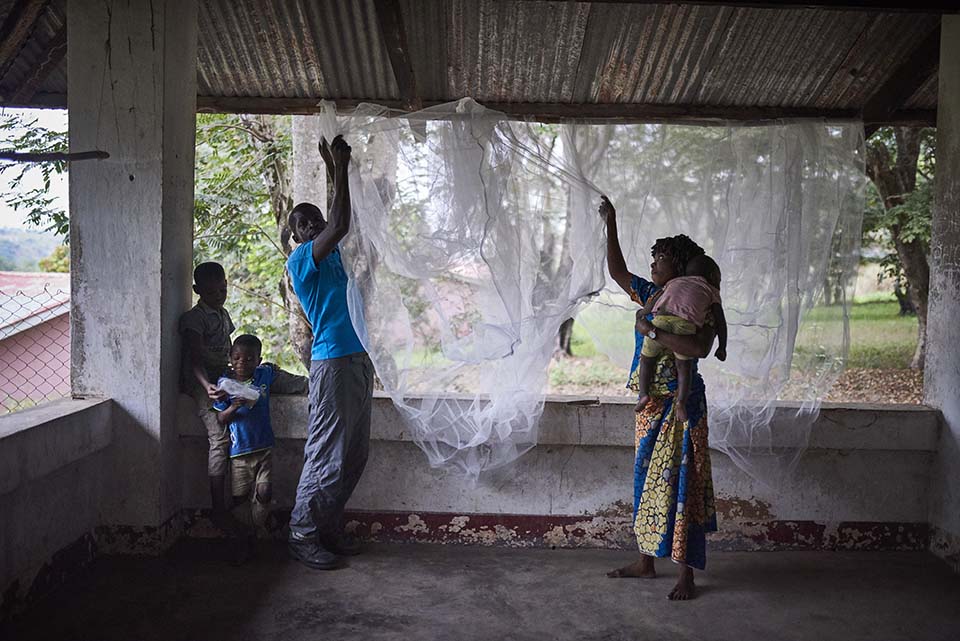 A Global Fund national mosquito net distribution in August, 2019 will ensure that all Congolese families are better protected from malaria.

“If the kids are no longer sick and the household is more secure, I will be happy and relieved that they are no longer suffering from malaria,” says Eric. “Relief means the family is in good health and we don’t have to spend money on medicine. We can save it for something like my gardening. I could buy more grain to grow crops and grow my business for the benefit of my family.”