“Financially I was not stable. Life was not easy,” she says. “We would eat only once a day.” 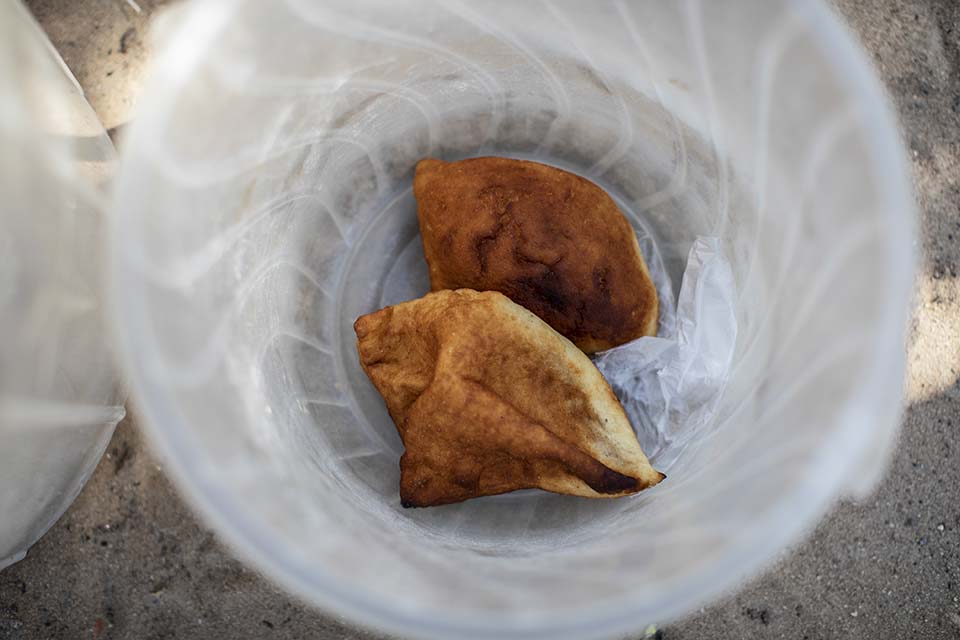 Mandazi, a local pastry, is one of the items Mary sells through her small business near her home. Mandazi is a popular breakfast food in Kenya and the pastries often sell out fast.

MWENDO is a Catholic Relief Services-led project funded by U.S. Agency for International Development, or USAID, and the President’s Emergency Plan for AIDS Relief, or PEPFAR. The project helps parents and other caregivers provide support to children affected by HIV and AIDS. It does so by improving access to health services, helping families set up and run small businesses, linking them to community savings groups, and strengthening the ability of local governments and institutions to respond to child welfare and protection needs.

Mary initially received around $18.20 through MWENDO’s emergency fund, of which she spent half on food for her family and half to buy ingredients to start a small business selling cakes and dried fish.

After demonstrating that she could  run a small enterprise, Mary received a business grant of about $45.50. She expanded her business by buying more flour and cooking oil, and increasing her stock to include fresh vegetables. She also started baking and selling mandazi, a local pastry popular for breakfast.

She operates mostly out of her home but sells some mandazi at a nearby shop. On the morning we met with her, she had baked nine pounds of mandazi and nearly sold out. From mandazi alone, she earns a profit of around $26.70 per week The dried fish bring a profit of $9.10. From potatoes, onions and tomatoes she earns an additional $8.65 each week. 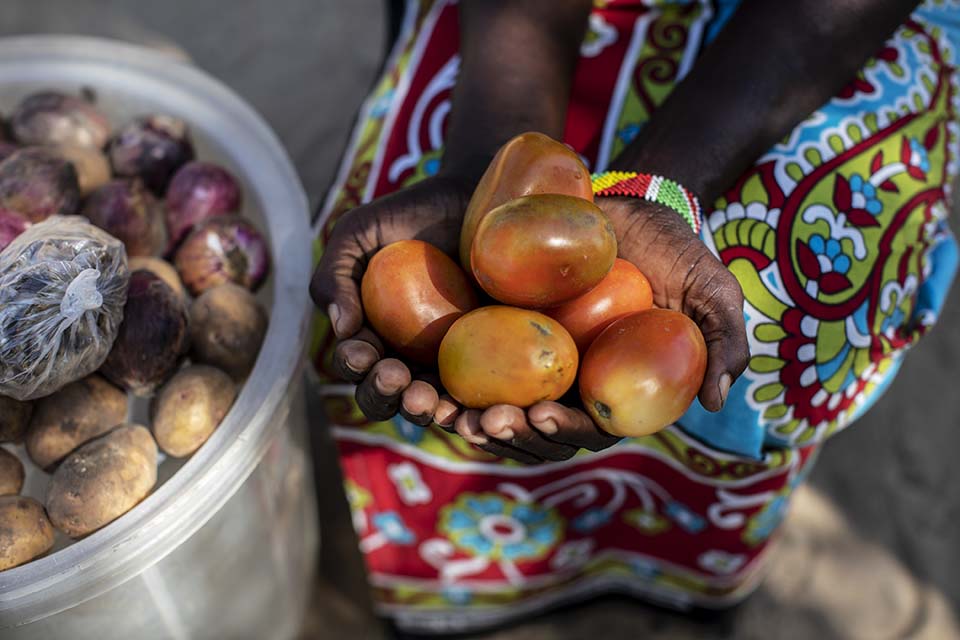 Mary shows tomatoes and other produce she sells near her home in rural Kilifi County, Kenya.

Previously Mary’s family had been living in a small hut, about 6 feet across. “It was so small I considered myself to not even have a house,” she says.

Once she felt financially stable, her first priority was to build a new home. It took four months to save enough to build a larger house and buy metal sheeting for the roof.

“Because of MWENDO, I have been able to build a house. That is something I really value,” she says. “Now I have a better home where my children and I feel safe.”

Saving for the Future 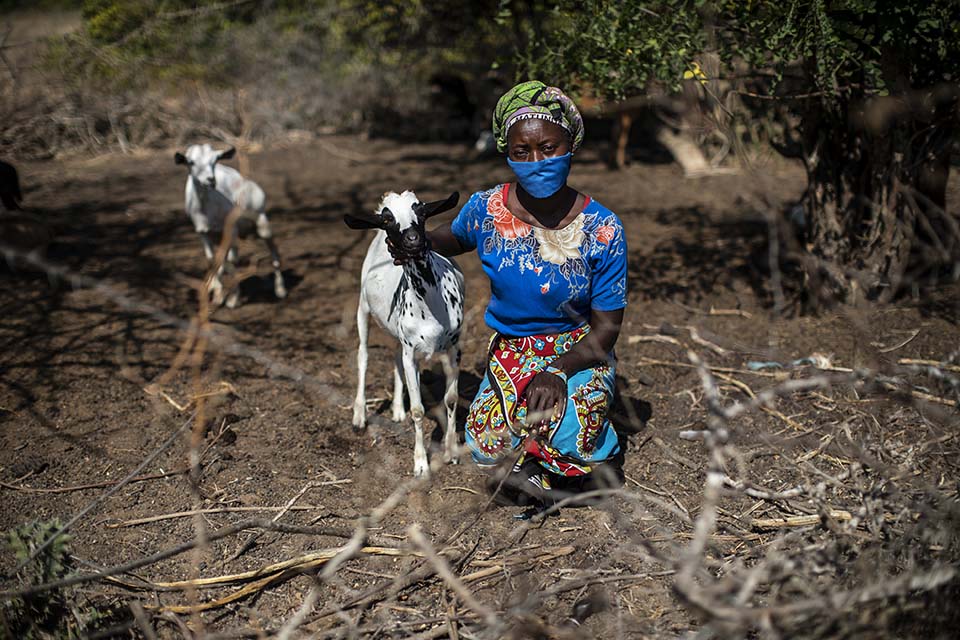 Mary tends a goat she purchased with money she saved from her small business in rural Kilifi County, Kenya.

Mary is a member of two village savings and loan associations and is the secretary of one of them. At the moment she saves around $5.90 per week between the two groups. By December 2020, she had saved $123. She withdrew a portion and still has savings.

Mary also took out a loan of to purchase five chickens with the goal of raising them, hatching chicks and selling some in order to reinvest in buying goats. She suffered a small setback when disease wiped out her flock, but she has already bounced back, showing her resilience.

“I had a good number of chickens, and I was able to sell some to buy a goat. But recently there was a chicken flu that came in and wiped out all my chickens. So I have restarted,” she says.

The Difficulties of Disclosure 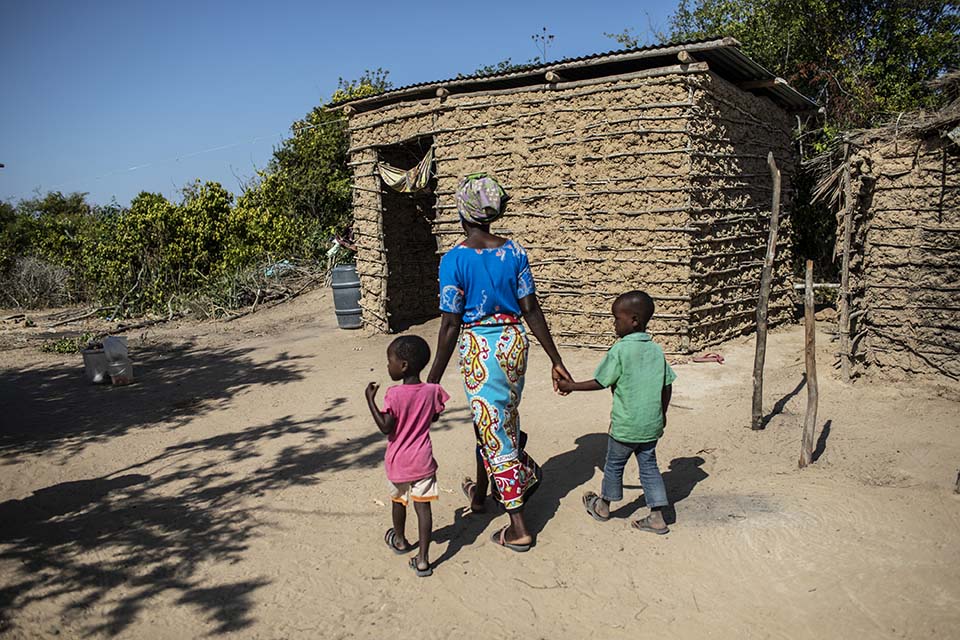 Mary walks with two of her young children at their home in rural Kilifi County, Kenya. With her improved business, she says she is better able to care for her family.

Just two years ago Mary* struggled to earn an income, save money or provide enough food for her five children. Mary and one of her sons are HIV-positive and would fall ill frequently because they were not adhering to their antiretroviral treatment.

It is quite common for parents to mislead their children about why they are taking antiretroviral medicine. Prior to MWENDO’s intervention, Mary had not been straightforward with her son about his HIV status and said the reason he needed regular medication was for “breathing difficulties.”

Eventually this lack of transparency led to negative consequences for the boy’s health.

“He did not feel sick, so he did not understand why he needed to take medicine every day. I would give him the medicine one day and he would take it, but then the following day he would refuse,” Mary says. “As a parent, I didn’t know how to handle that. So there were missed pills, which led to him having a high viral load.”

Like many children who are not told their HIV status, he worked out the truth on his own. At age 12, he was enrolled in an Operation Triple Zero peer support group at a local dispensary. The groups meet monthly and offer a safe space where HIV-positive adolescents can share their experiences, receive support from peers, learn how to take charge of their health and make better-informed decisions. They also learn about the treatment goal of achieving the “three zeros”: zero missed appointments, zero missed medications and a zero viral load.

“He would go to the meetings, but he didn’t know why he was taking medicine. It was from the group discussions that he started to suspect that he might be HIV-positive,” Mary says. “One day when he came back home, he asked me ‘Have I been taking this medicine because I am HIV‑positive? And why haven’t you told me?’”

It was a moment Mary had dreaded, but she decided then to be open with her child. 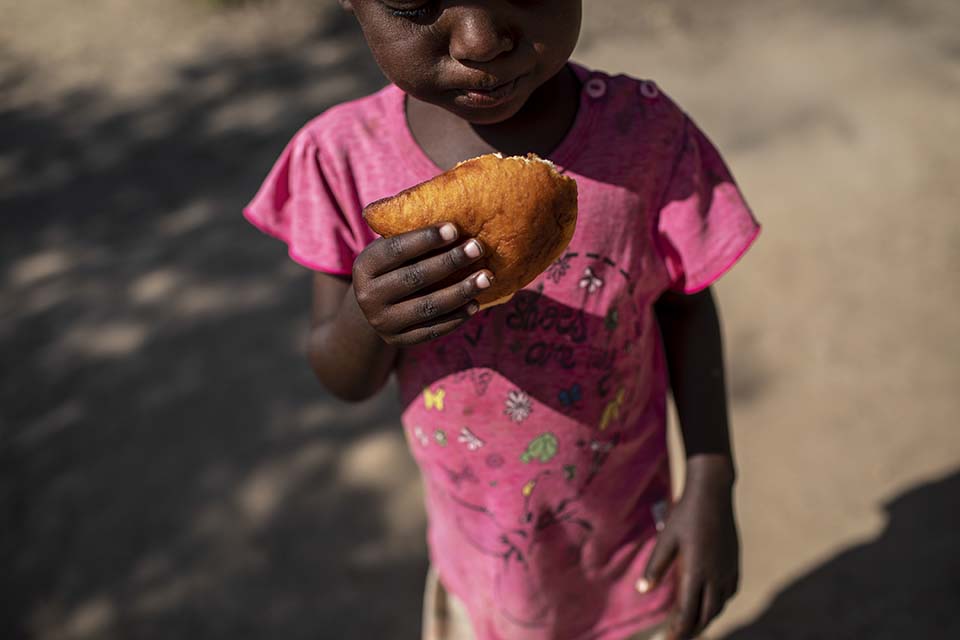 “I responded that I hadn’t known where to start, or how to start that conversation with him. But now that he’d put it on the table, I had to respond. I was able to tell him that after giving birth to him, he was ill. He had the flu, so I took him to the health center. There we were both tested and we tested positive on the same day. I said, ‘It means that the same HIV you have, I also have. That is why we are both taking medicine, and therefore we are in this together.’ Now he knows fully about his status.”

Since this disclosure and his enrollment in the group, her son’s viral load has reduced and she is confident that his next test will show that he has fully suppressed it.

“When my son started going to Ganze for the group meetings, he changed his perception and then there was no day I would have to coerce him into taking his medicine. He just started taking it regularly,” Mary says. She attributes these improvements to the peer group and to knowing his status.

Francis Kalama, a community health volunteer and community-based trainer, said that peer groups were essential to helping adolescents accept their HIV status and understand the importance of adhering to their medication schedule. 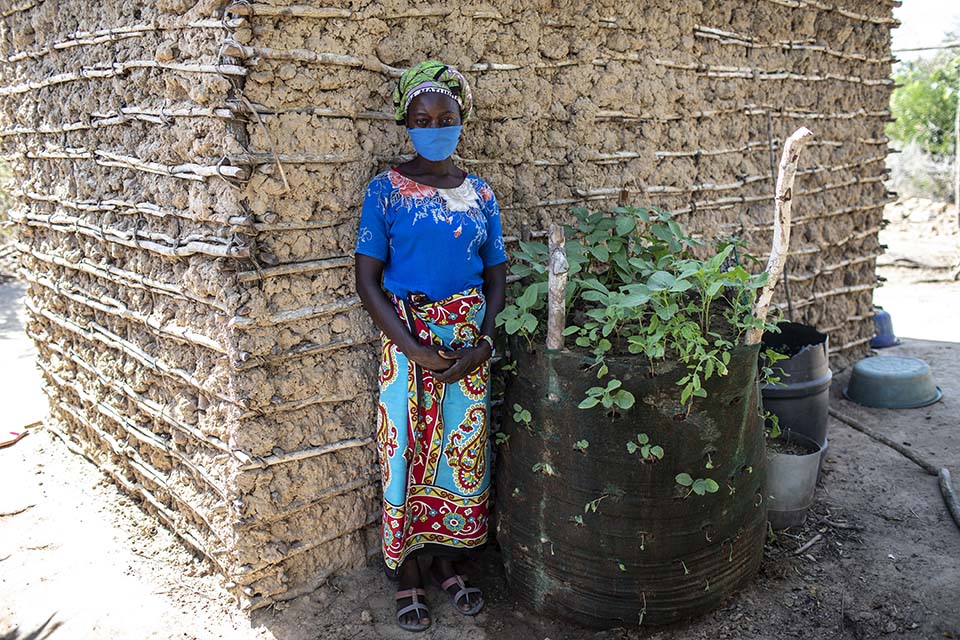 Mary stands near her garden at her home in rural Kilifi County, Kenya. She and her 14-year-old son follow the proper antiretroviral medication regimen. Mary built her home with the money she saved from her small business.

“They have confidants in the other children. The group offers a safe space where they can discuss personal issues and health issues,” Francis says. “Through that they have been able to know that they can live a long time, so they need to set goals and have dreams.”

For her part, Mary says she is prepared to embolden her son to follow his dreams.

“I am ready to support him to finish his schooling and even go to college so that he can be stable enough to support himself when he is a man, have a family and take care of me in my old age.”

Mary is also looking forward to her own future.

“I have been able to follow the doctor’s advice, and I have taken my medication well,” she says. “I feel like I still have a lot to do and I will excel further.”