The catastrophic earthquake that struck on April 25, 2015, not only claimed thousands of lives, but also toppled more than 500,000 homes and businesses. There is a massive demand—and urgent need—to rebuild. 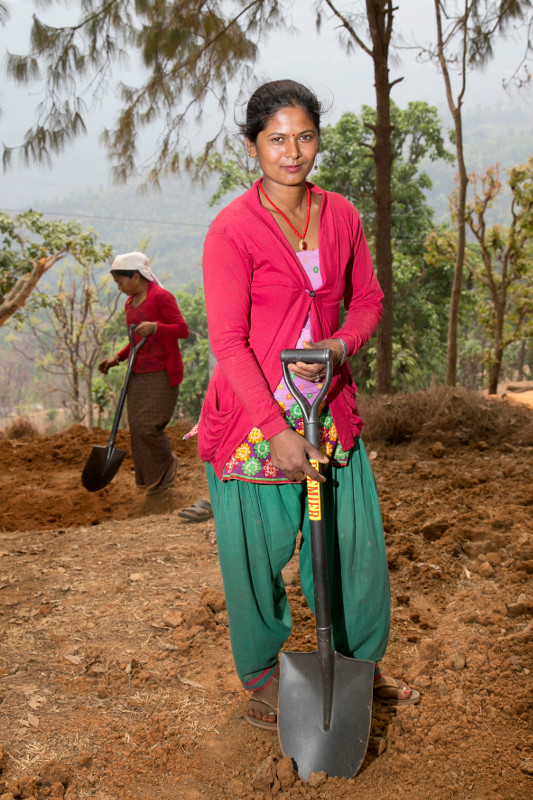 Kalpana Shrestha participates in training for unskilled workers on earthquake-resistant construction techniques. It will allow her to work with a CRS-trained skilled mason. Photo by Jennifer Hardy/CRS
CRS is responding with training in earthquake-resistant construction techniques for both skilled and unskilled workers. Homes, livelihoods and local economies are being rebuilt.

Among those we’re helping is Jyam Bahadur Thapa Magar, 55, a seasoned construction worker. He has been building homes in Bungkot, Gorkha district since he was a teenager.

“I learned how to build houses from the elders. I went with them to work, and I learned by seeing them working,” he says. “I made houses that same way my whole life, until I took a training from CRS.”

What Jyam has learned—fundamental elements in safe construction—has changed his approach to building. He is forming walls differently, crossing stones at the corners to add strength, and securing lighter roofs to the stone walls.

The foundations are designed differently too. Dug well into the earth, they are made wider at their deepest point and step up gradually to wall width at the surface. Sturdy footings —and proper positioning on each building site—will help the homes be more resilient to future shocks.

CRS is also training unskilled day laborers to work under the supervision of foremen like Jyam. Eventually, everyone working on a jobsite will understand how and why to use the new techniques. 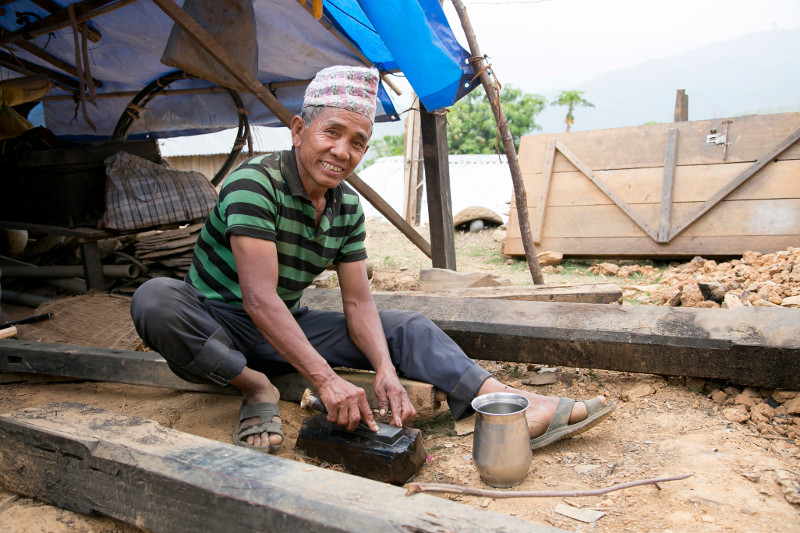 Jyam Bahadur Thapa Magar, a veteran mason and construction foreman, is using skills he learned from CRS to rebuild homes damaged or destroyed by the 2015 earthquake in Nepal. Photo by Jennifer Hardy/CRS

Kalpana Shrestha has just begun a 4-week course on the basic principles of earthquake-resistant construction. As a farmworker, she has no income when the planting and harvest seasons are over.

On a break from learning how to position a home for slope and drainage, she says, “I’m planning to work making houses after I finish the training. I want to earn more and have more regular work. It’s not guaranteed that I will get work, but I think I can go to different places in walking distance and find jobs.”

Women like Kalpana—living alone or in female-headed households in rural Nepal—were already on shaky economic ground. The earthquake made things even worse. Kalpana sees the construction work as a lifeline.

“Until now, I have only been able to earn and eat and live. I have not been able to save except for small amounts to get through times when I don’t have work,” she says. “If I’m able to earn more after I finish the training, I will save in the bank or in a savings group in the village.”

“The more workers we train, the more we can be assured that people have the right skills and an understanding of why these new ways of building are important for safe, quality homes,” says Adeel Javaid, CRS’ shelter program manager. “Everyone in the trainings is motivated to learn how to build homes that will last a long time and be stronger if another major earthquake hits this area.”

The most important thing

Jyam’s favorite part of constructing a home used to be woodworking—windows, doors and joints. Now he finds the most satisfaction in seeing the homes he’s built using the new construction methods. 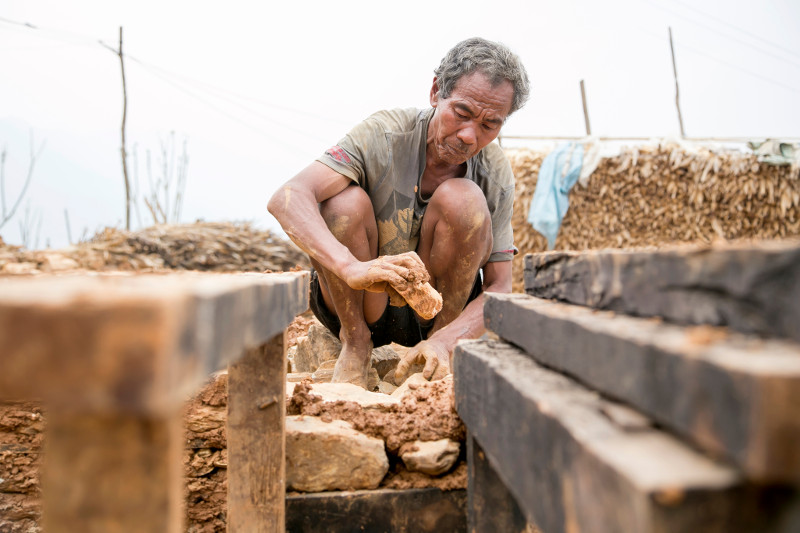 “I think the houses built with new techniques will not fall at once if a very strong earthquake happens,” he says. “And it will take some time to fall if it is going to fall. So people can escape during the earthquake and aftershocks and be safe. And if it is a smaller earthquake, the house will stand strong.”

He is also pleased that he is working more.

“I’m working daily. I am getting more days of work for the construction of houses so I have more income,” he says.

That extra income is especially important since Jyam’s family of seven is still living in a temporary shelter. Each day he works brings his own house a little closer.

“I will not take the easy way or the short way on any part of my own house,” he says. “I don’t do it for people who hire me as a mason, and I won’t do it for my house. It will be strong in any earthquake. That is the most important thing for all houses, including mine.”

Read the latest update from CRS country programs and partners around the world as they respond to... END_OF_DOCUMENT_TOKEN_TO_BE_REPLACED

Read the latest two-page summary from CRS country programs and partners around the world as they... END_OF_DOCUMENT_TOKEN_TO_BE_REPLACED