Every morning, Dayaba Ibrahim woke up worrying if it would be a good day. Too often, it was a bad day—a day when few, if any, of her seven children would eat.

Dayaba, who lives in Niger, credits the change to a local Savings and Internal Lending Communities group, or SILC, organized by Catholic Relief Services. 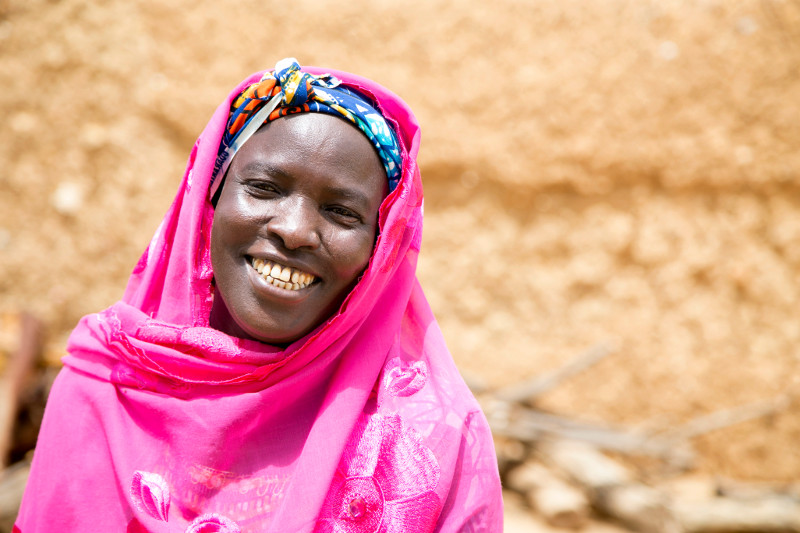 CRS implemented SILCs in Dayaba’s village as part of the USAID Food for Peace-funded PASAM-TAI project. PASAM-TAI, an acronym from French and the local Hausa language that means “provision of household food security.”

“Before there were women who weren’t organized,” says Dayaba. “But CRS helped us form a SILC group with our friends.”

She and her friends have been able to slowly increase their savings. The group pools their resources at weekly meetings and makes small loans to fellow members.

Profiting from goats and sheep

Many of these loans are used to buy livestock, which provide food and income for families—and a pathway out of poverty. Without a SILC loan, even a goat can be out of reach for families living on less than a dollar a day.

“Before SILC, I never thought I could get livestock,” admits Dayaba. “I borrowed money from friends. Now I can more easily obtain a loan in peace.”

Through the project, CRS supports high-performing SILCs with vouchers and organized fairs so members can purchase goats and sheep. They also learn how to manage and raise their livestock for profit.

After Dayaba joined SILC in February 2015, she received two vouchers—essentially a loan from the group—so she could buy two sheep for about $100. She raised them and sold them for almost $200. Dayaba paid back her loan with interest, capital that can now be loaned to another SILC member, and Dayaba kept the almost $100 return on her investment.

“With the profit, I bought flour, a female goat and oil,” says Dayaba, who has expanded her business. 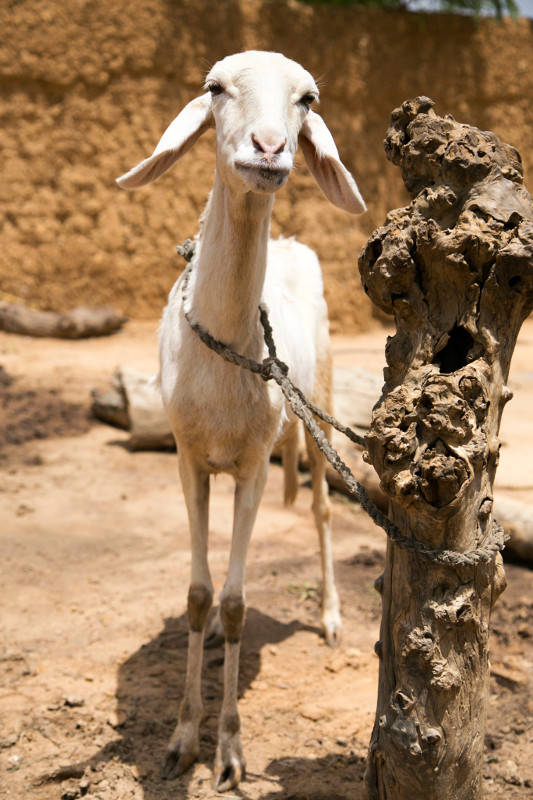 The women set an interest rate as a group, and decide who gets loans. Profits from their businesses, like selling livestock, pay back those loans and are then reinvested in the group.

“I can make money, and pass it on to other women,” Dayaba says. “I don’t worry about feeding my children and how I can pay for their education.”

“The work I’m doing, I see progress,” she says. And it’s progress that will continue even after CRS’ work is done. “After the project, I will have capital so I will continue.”

Find out more about programming in Niger.

August recess is a key moment to meet with your members of Congress while they are out of session... END_OF_DOCUMENT_TOKEN_TO_BE_REPLACED

Use this calendar for key dates to reflect and take action with your community to address climate... END_OF_DOCUMENT_TOKEN_TO_BE_REPLACED