Think about all you can do with a bank account. You can save, manage your budget, create a buffer for emergencies, or begin to build a business.

Unfortunately, banks are out of reach for many poor people in developing countries. In Malawi, an estimated 75% of people do not have access to formal banking services—and a large number of those are women. 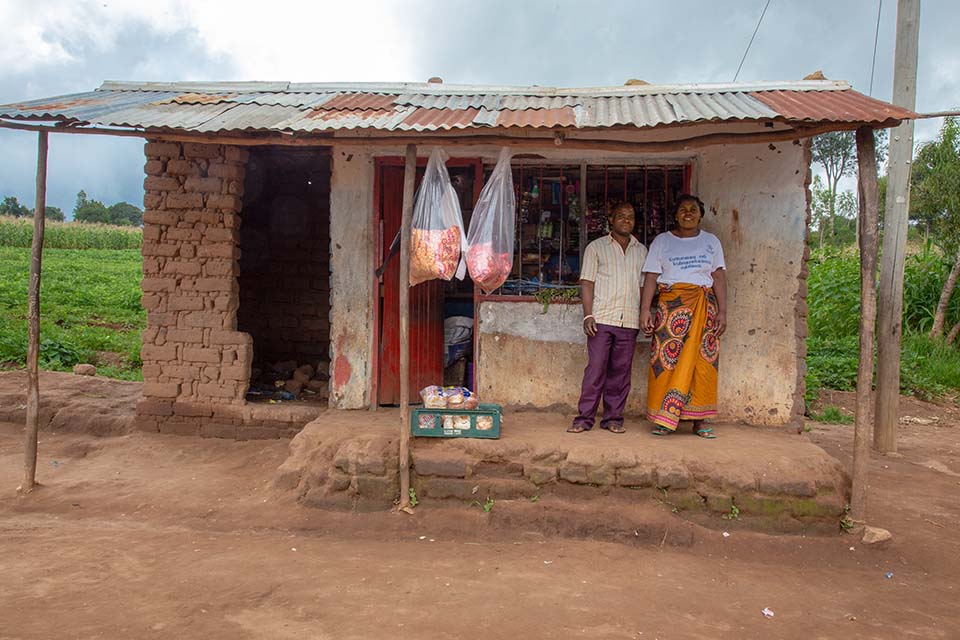 Maria George and her husband in front of their grocery store in Njolomole, Malawi.

Turning the tide of poverty

Maria George is an entrepreneur in Njolomole village in Blantyre—a rural district in southern Malawi. Like many people, she and her husband struggled to provide for their family of four. Their primary source of income was a small business where her husband sold a few grocery items from a table inside their home. They also had a small farm where they grew a few crops.  Neither effort generated enough income to meet their daily needs.

Maria has always had an entrepreneurial spirit. What she didn’t have were the skills to grow her business and the money to expand her inventory. In 2016, Maria joined a savings and lending group in her community. That was when her life began to change.

With funding from the U.S. Agency for International Development Food for Peace program, Catholic Relief Services has been running the UBALE program in Malawi since 2014. UBALE means “partnership” in Chichewa, the predominant language in Malawi. The UBALE program takes a holistic approach to alleviating poverty by focusing on all aspects of community life, including health, agriculture, business development, gender equality and local governance. As part of these efforts, CRS program staff in Malawi helped set up a Savings and Internal Lending Community, or SILC group.

SILC groups help the poorest people pool their savings and make loans to each other. They provide many of the services traditional banks do.

Maria and other SILC group members learned how to save, access loans, manage money and build businesses. After completing the first 12-month saving cycle, SILC groups can operate on their own, making this a sustainable solution for people to access financial services. 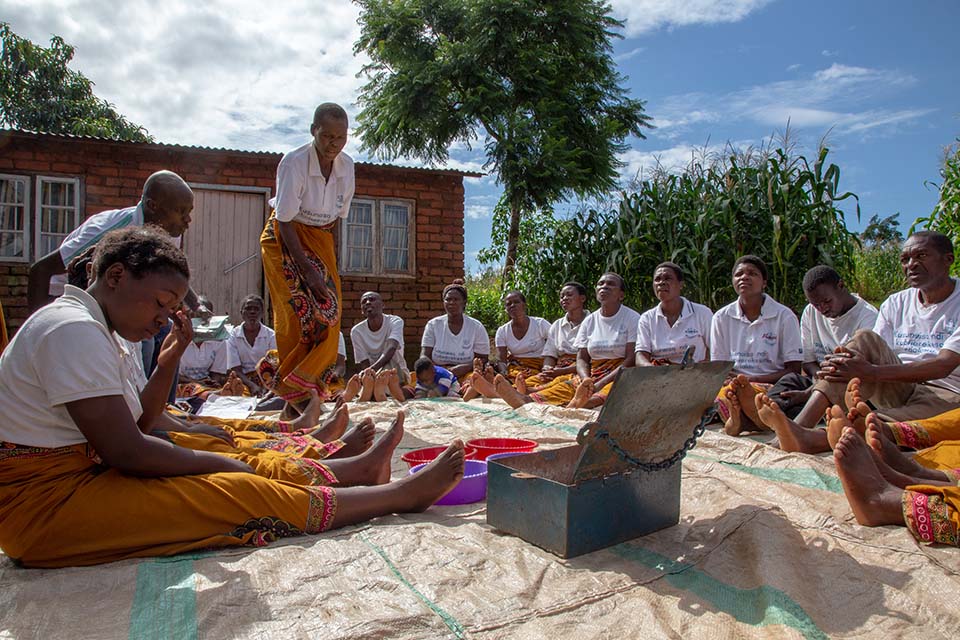 Savings group members at a SILC meeting in Njolomole, Malawi.

SILC groups are also self-governing. Members determine how the group is managed, elect officials, agree on group norms and decide how profits are shared. About 74% of SILC group members in southern Malawi are women.

After several months of participating in her SILC group, Maria was approved for a $27 loan. She used the money to buy more inventory for her small grocery store.

"The most valuable thing I learned from SILC was how to manage my money, so that when I took the loans, I already knew how to spend the money. I made sure the money for business was used strictly for business and I learned how to put back profit into the business so it can grow," she says.

As Maria applied what she learned, her business flourished and expanded. Eventually, the day arrived when she needed a larger space to accommodate her inventory. On her best days, Maria profits as much as $40. The added income means more nutritious food for her family, the funds to get a bigger shop—and perhaps even build a bigger house for her family.

“Before the savings group, I had a lot of financial troubles. We worked hard but were unable to provide daily feeding for our family,” Maria says. “Now, I can take care of my family. I can even give to others. I pay my children’s school fees on time, and I even send money to my parents sometimes.” 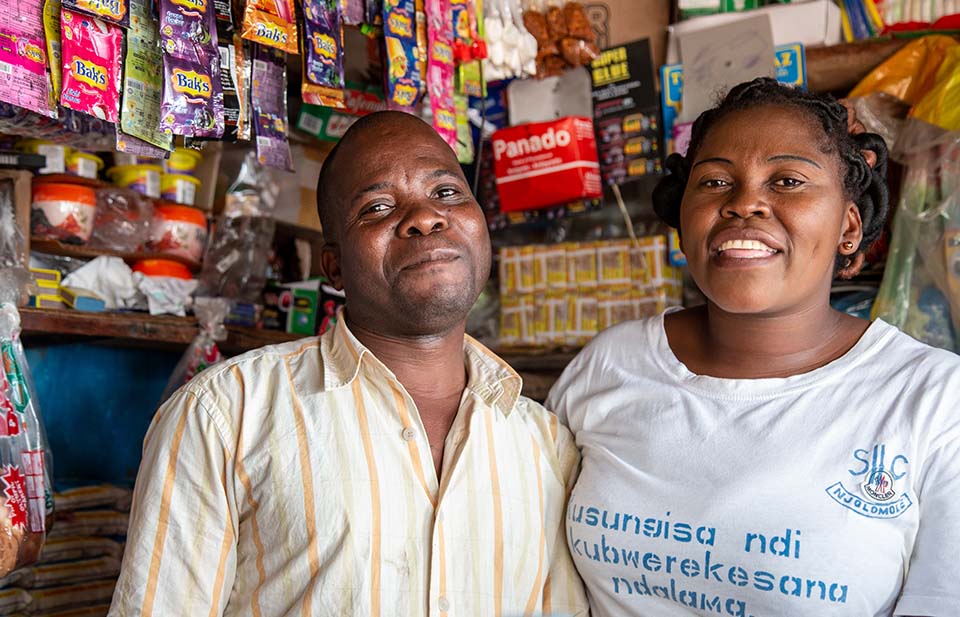 Maria George in the grocery store she and her husband grew using loans and skills they learned in their SILC group in Njolomole village, Malawi.

Looking to the future

Maria has big plans for the future. She wants to build a bigger store, buy a motorcycle that she can hire out to transport people and invest in some property. Starting a business can be daunting and expensive, but with both the skills and access to the money she needs to start and grow her business, Maria is confident she will succeed.