Mali Crisis: Four Things to Know, One Way to Help

Photo by Sylvain Cherkaoui for CRS

Northern Mali has been unstable since the coup of early 2012. A long-awaited peace deal between warring groups was signed on June 20, but hasn't solved the country's problems. Banditry persists, and as many as 281 armed groups are roaming free in the north.

Here are four things you need to know about the crisis in Mali—and one way you can help. 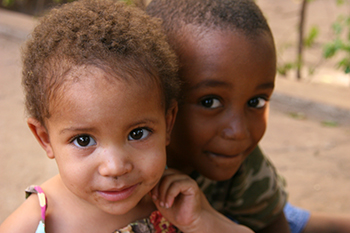 Families displaced by the instability in Mali need your help. Photo by Helen Blakesley/CRS
1. Displaced People: Threats and fighting between armed groups, militias, and security and defense forces have displaced almost 60,000 people. Timbuktu region is the most affected, with 53,000 internally displaced people fleeing their villages to seek safety in highly populated areas or improvised camps along the Niger River.

2. Impact on Livelihoods: The majority of people in Mali are farmers. They depend on natural resources, like rain for agriculture and water for their animals. Safety is also needed to move animals between grazing areas. Many in conflict-affected areas are fleeing to safer places, diminishing their incomes.

3. Meeting Urgent Needs: Catholic Relief Services has completed essential living kits for more than 22,000 displaced people. And we're coordinating with other groups in Timbuktu to meet urgent needs. Using private funds, CRS has provided cash transfers to 310 households—214 of them female-headed—so they can buy food, pay daily expenses, purchase small animals and animal feed to replace their livelihoods, and cover other immediate needs. CRS continues to identify displaced households in Timbuktu, as well as families returning home to empty homes in villages that have been destroyed.

4. Cash Distribution and Technology: CRS is on the ground identifying newly displaced people, registering them and evaluating immediate needs. Food, cash, household items, water and health care are the most pressing needs. We are using barcoded cards and iPad/iFormBuilder technology to register households.

5. How You Can Help: You can make a difference by supporting our brothers and sisters in Mali through prayer or donation.

Read the latest update from CRS country programs and partners around the world as they respond to... END_OF_DOCUMENT_TOKEN_TO_BE_REPLACED

Read the latest two-page summary from CRS country programs and partners around the world as they... END_OF_DOCUMENT_TOKEN_TO_BE_REPLACED