Community Health Volunteer Mary Kiyangu Anyinga found out she was HIV‑positive in 1999, a year after her husband died of a suspected AIDS‑related illness.

She firmly believes she is still alive and healthy today because she chose to get tested for HIV rather than ignore the possibility that she might be positive. 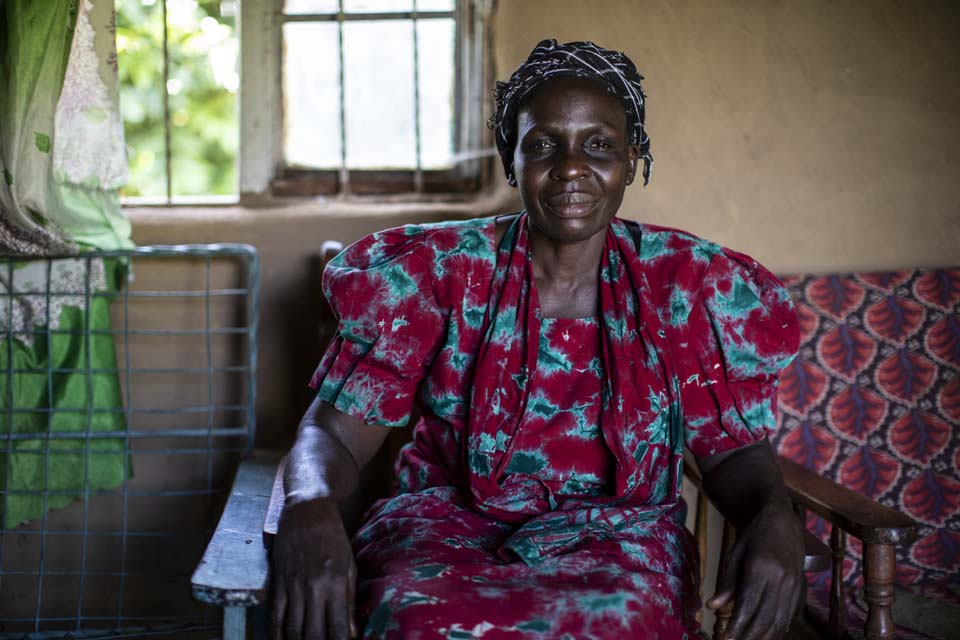 Mary Kiyangu Anyinga, a community health volunteer, found out she was HIV-positive in 1999, a year after her husband died of complications related to AIDS. She became a volunteer in 2005 and now works with 45 households in her community.

“I questioned myself, ‘What could be the cause of his death? What could have happened?’ So I went for testing,” she explains.

Not only did Mary accept her status, but after seeing how HIV was impacting many families in western Kenya, in 2005 she became a community health volunteer. She now provides support to 45 households affected by HIV and AIDS in Vihiga County. Through the Catholic Relief Services-led MWENDO project, Mary counsels those living with HIV about the importance of disclosure, adhering to their medication, eating right and keeping their children in school.

MWENDO, which is funded by the U.S. Agency for International Development and the President's Emergency Plan for AIDS Relief, aims to increase access to health and social services for children and caregivers living with HIV. The project does so by helping families set up and run small businesses, covering school-related expenses, and strengthening the ability of local institutions to respond to child welfare and protection needs. Since its inception, MWENDO has reached around 300,000 orphans and vulnerable children across 13 counties in Kenya.

“God has given me strength and made me a role model as an HIV-positive community health volunteer,” Mary says, adding that she wants people who suspect they could have HIV to be proactive about seeking treatment.

“We motivate and encourage people to go for assistance,” Mary says, pointing out that health centers are far more accessible than they were in the late 1990s, and medication is now free. “If there is a person you suspect is HIV-positive, let the person go for a test, because HIV is not seen or known by looking with the eyes.”

“When a person gets tested and comes out positive, then we cope and we support that person,” Mary says, adding that if someone tests negative for HIV, they are educated on how to avoid contracting the virus in the future.

Often it just takes time, patience and follow-up to convince people to go for testing.

“I first got to know Mary in 2008 when my husband passed away,” says Sarah Agalomba. “People were saying that he may have died from AIDS.”

“At the time I didn’t know my status. It took Mary around four months to convince me to go for testing. Often, Mary would come and find me seated with my son next to the grave of my husband,” Sarah recalls. “The thoughts in my mind were that life had come to an end. I thought I would die of this disease. But then Mary kept pushing me and telling me that life had to continue. That gave me the motivation to push onward.”

Disclosure is an important step, which is why Mary chose to be open about her own status.

“If a person has disclosed their status, they can be easily supported by family members or the community,” Mary says. “I first started with my children, I told them, ‘I am your mother and I am living an HIV-positive life’.”

Sarah is also open about her status. “People know about my status in the village because I have disclosed it to my children. I don’t volunteer to tell people but if someone came to ask me, I would tell them my status,” she says.

“I want to be more like an advocate and talk to other people who are HIV-positive, encourage them to go for testing and adhere to their medication,” Sarah adds.

Millicent Adhiambo, a community health volunteer in Kisumu, spends a lot of time educating people about how disclosure can help prevent the negative impacts of stigmatization.

“Some people have self-stigma. They don’t want to open up. The reason I educate people about stigma is to encourage them to open up and support each other,” Millicent says. 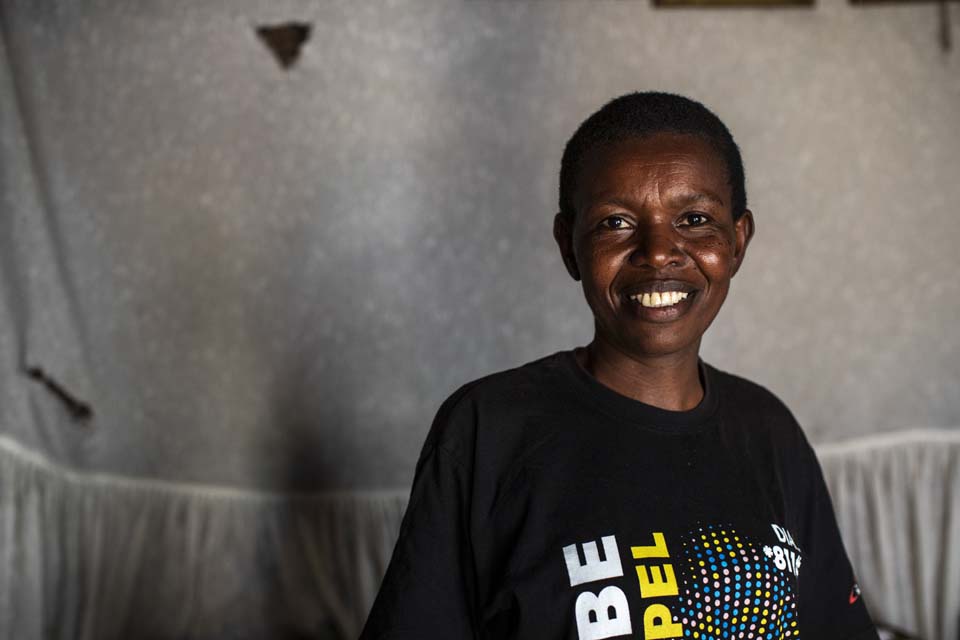 Millicent Adhiambo, a community health volunteer currently supporting 16 households in her community. The MWENDO project aims to increase access to health and social services for orphans and vulnerable children and their families.

Through the dedication of volunteers like Mary and Millicent, perceptions about people living with HIV are changing in many Kenyan communities.

“People used to talk about HIV-positive people and say it was the end of life. There are those who would say that people with HIV cannot get married, cannot give birth, that with HIV they cannot go to school,” Mary says.

“I have stood in that gap to tell people that with HIV you can do anything and everything like any other person. So long as you take your medication, so long as the viral load is suppressed, you won’t have any problems,” Mary says. “Young children can grow up and get married and have their own children.”