Drought affects everything: food supply, livestock, nutrition, business opportunities and futures. Ethiopia is in the midst of its worst drought in 50 years. Families have been struggling to buy food, cover household expenses and pay for schooling.

REAAP, the Resilience through Enhanced Adaptation, Action-learning and Partnership Activity, works to strengthen communities in six districts where food is scarce. The goal of the 3-year program led by Catholic Relief Services and funded by the U.S. Agency for International Development is to reduce a community’s long-term vulnerability to climate change and climate-related shocks and stresses. One of the ways to do this is through Savings and Internal Lending Communities (SILC). SILC groups help thousands of women and their families improve their economic situations by starting small businesses, buying livestock or even sending their children to school.

An opportunity for growth

Momina Gezali, 38, has no formal education and can’t read or write. She lives with 8 of her children and her husband in the East Hararghe Zone of Ethiopia.

She joined a SILC group 15 months ago after struggling to provide for her family.

“It was quite difficult to buy school materials for the children or cover food and other household expenses,” Momina says. “I am lucky in joining the SILC group, which gave me the opportunity of mobilizing personal savings and having access to loans. I am able to think of terms of investing the loan [and creating assets].” 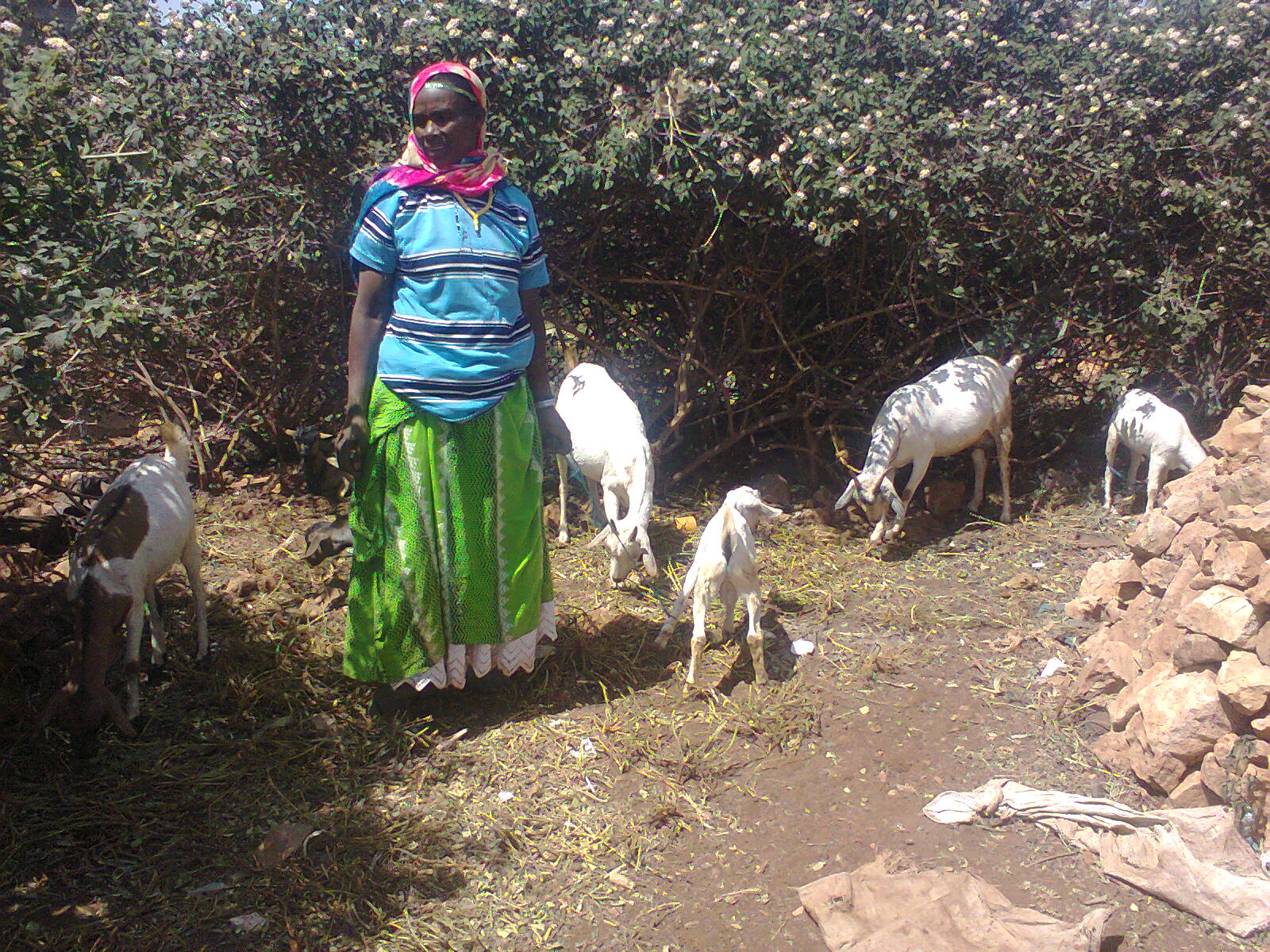 Momina Gezali says SILC has provided many opportunities for her family. Photo courtesy of Megerssa Fida

Through SILC, Momina could purchase two goats and a pregnant sheep. In a year’s time, Momina increased her total to six goats and two sheep. Momina intends to sell one of the animals and invest in feed for the others since she knows it can be hard to feed animals during the long dry season. Her hope is to sell offspring of the goats and sheep and acquire a heifer.

“I had nothing before joining the group saving,” Momina says. “The training and awareness raised by the project helped me and my friends have a good understanding on the possibility of creating a drought resilient household.”

Momina says she is determined to keep saving and participating in income generating activities.

“I know I was one of the most vulnerable households in the SILC group, and it was why I got the opportunity to have access to the first-round loan,” she says. “I am equally aware that the loan was given me from the group savings, which was mobilized from poor women like me. Thus, I was determined to invest the loan in productive assets and repay the loan in the stipulated time frame.”

Pulling out of poverty

Genete Mehammed, 35, has a very similar story. Currently, she owns four goats, two sheep, a heifer and two donkeys. She acquired these after she joined a SILC group.

Genete recently sold a goat to cover the wedding ceremony of a relative, and gave another one to her sister.

Genete would like to continue saving with her SILC group members. She says SILC is helping her family fight poverty and be good examples for the rest of the community. 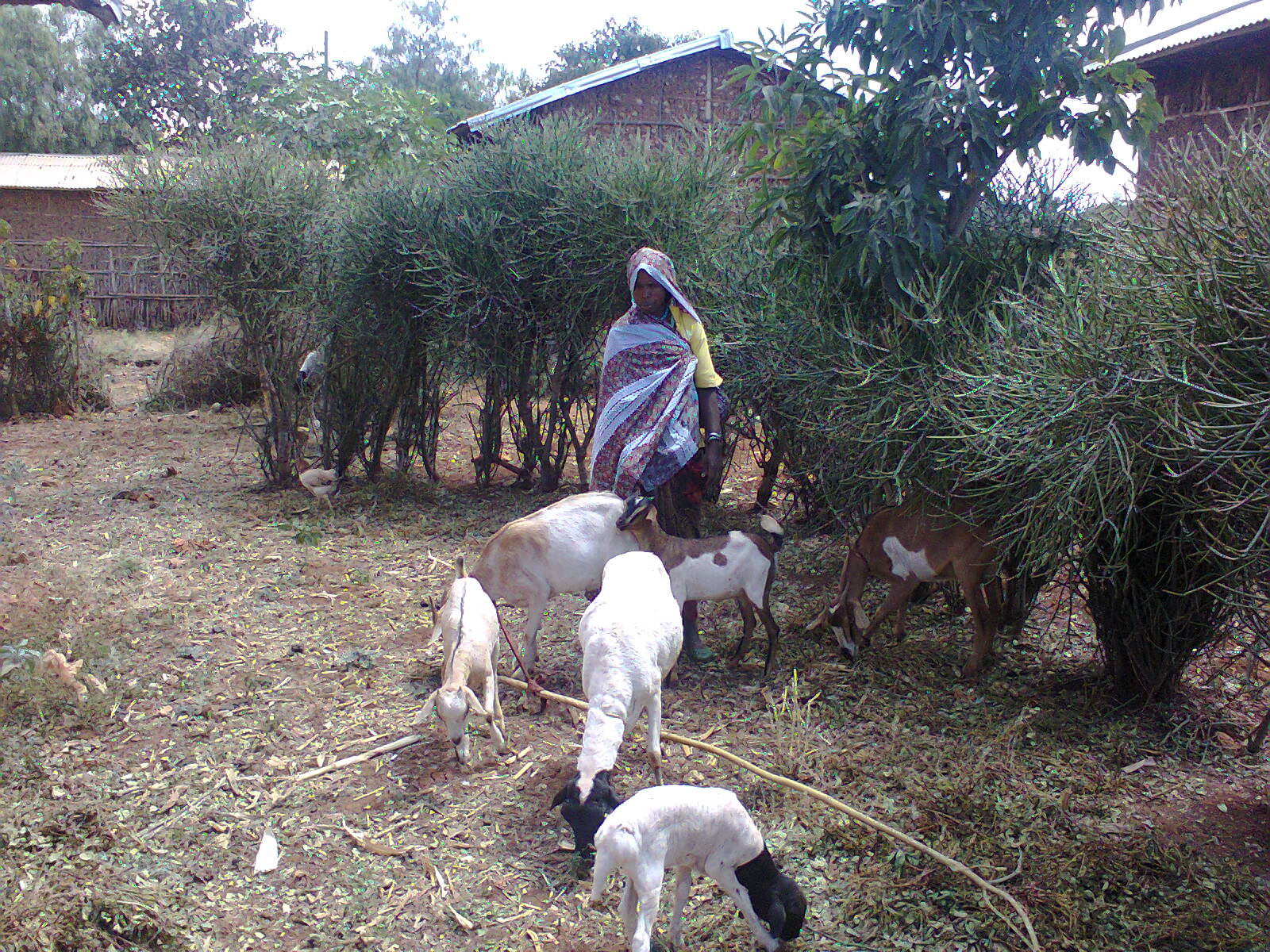 “I and my husband have the intention to make the maximum efforts possible to fight against food insecurity and impoverishment,” Genete says. “We would like to be exemplary, and stimulate interest and encouragement in other families in our area. I have developed a strong conviction that whoever strives can overcome destitution.”

Knowledge is power: Seeing the benefits

Momina and Genete are not alone in their SILC success. Other SILC members have bought hens for eggs and income generation. Others have noticed a development of strong savings habits that have made a difference in their lives.

Fatuma Ali, 45, is one of those women. The mother of 10 joined SILC 2 years ago. Over that time, she has taken out two loans to buy livestock and a donkey for transporting water and other goods.

Prior to joining the SILC group, Fatuma had a goat. Currently, she owns six goats, a heifer and a donkey.

“With the improvement to our situation, we managed to construct a big house with corrugated iron sheet roofing. We used to live in a small house with a thatched roof,” Fatuma says. “All our school-aged children are in school today as we can afford to buy school materials for them. We eat enough and cover our household expenses without much difficulty.”

Fatuma also gains power from what she learns at the SILC group, and looks to make more investments for her family.

“I was able to develop a strong understanding on the importance of savings. I acquired good knowledge regarding the benefits of taking a loan and investing in a wise way. That was not the case in my earlier experiences before joining the SILC,” Fatuma says. “I have a plan to involve some of my family members, such as the wife of my boy. I would like to continue saving with the group members.”

Pray and reflect with your community on our call to respond to the needs of our sisters and... END_OF_DOCUMENT_TOKEN_TO_BE_REPLACED

Reflect on the impact climate change has had on our planet and pray for the Holy Spirit to change... END_OF_DOCUMENT_TOKEN_TO_BE_REPLACED