Falling ill from easily preventable diseases is a frustrating fact of life in communities that live without access to essential hygiene systems. These illnesses threaten income and education for whole families, and in some cases are even life-threatening. Fortunately, solutions to this are easy and inexpensive once families and communities are offered the basic tools needed to improve their health.

Catholic Relief Services, with support from the U.S. Agency for International Development is engaging with communities to improve water, sanitation and hygiene as part of a larger project that aims to improve food security and the economic well-being of vulnerable households in the Kasai-Oriental province in the Democratic Republic of the Congo. 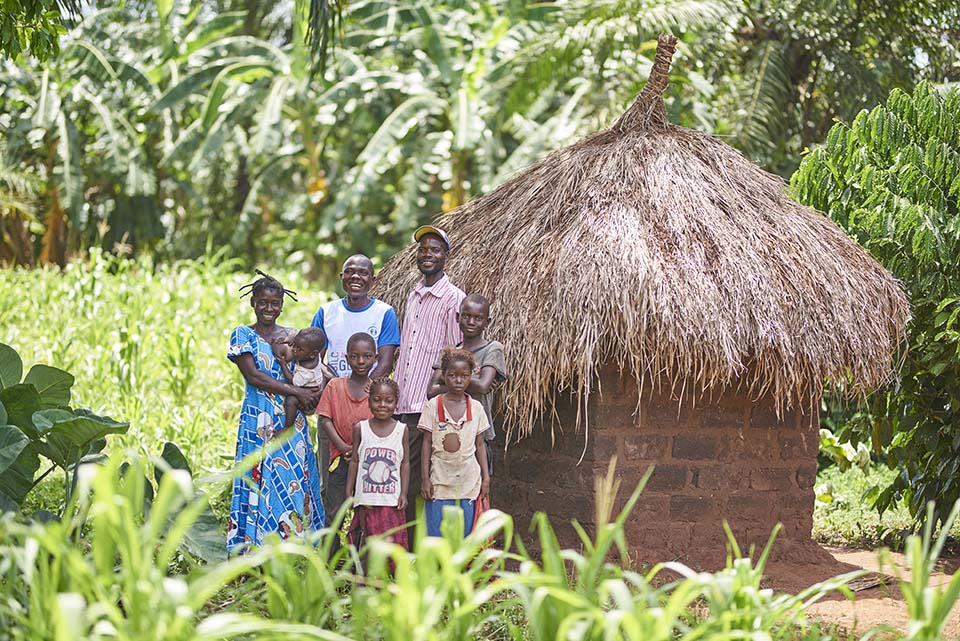 Grégoire Tshisumpa (top row, center) stands with Vickie, her husband Jean-Pierre and their 5 children in front of the hygienic latrine he helped build.

Through the Budikadidi project, communities are trained to construct hygienic latrines, while local water sources are reinforced and maintained, resulting in less disease and healthier, more economically resilient communities.

Grégoire Tshisumpa, a mason in the village of Bena Budimbua, walks between mudbrick homes while pointing out some of the 50 latrines that he has built. He stops and talks with Jean-Pierre, Vickie and their 5 children, for whom he helped build a hygienic latrine.

Jean-Pierre motions to the outdoor common area and says, “Before in my household, there were flies everywhere. Now, there has been a reduction of diarrhea for members of my family.”

CRS is training masons like Gregoire to improve water, sanitation and hygiene at the village level to combat the spread of disease and sickness. 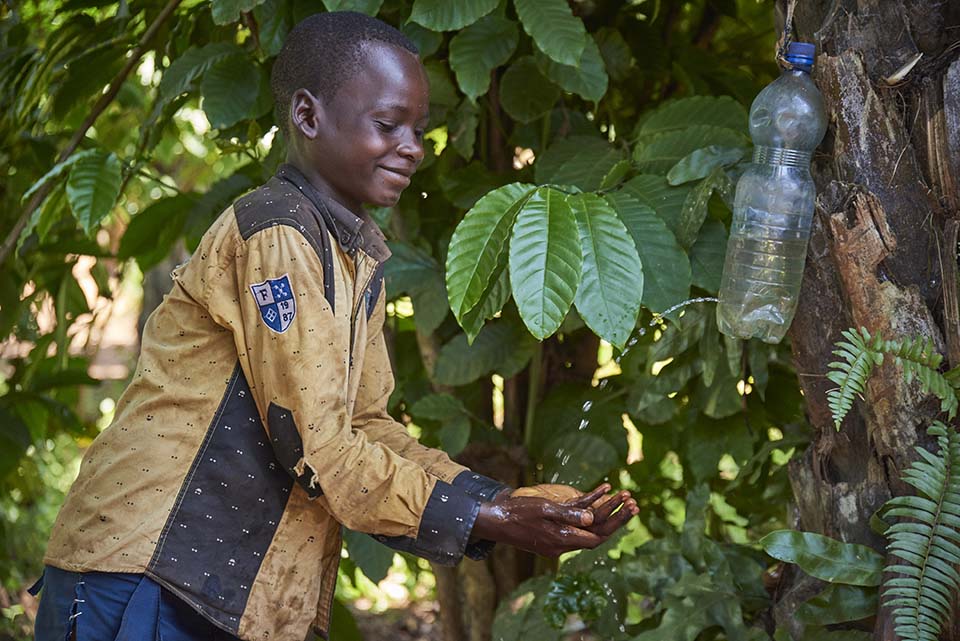 Patrick Kalala, 11, washes his hands with a “tippy tap” system implemented through the Budikadidi project.

“I was trained on how to build hygienic latrines. I then did awareness initiatives in the village and those that wanted to build one supplied materials and I assisted with construction,” says Grégoire. “I was chosen because I was already a volunteer within my community, working for others and helping my village.”

“With the arrival of the project, it’s clean now. I am proud of my home,” says Vickie, holding her young daughter.

Nicole Ndaya, a CRS activity facilitator, says, “I find it’s not difficult as the activities are well adapted to the communities. With our interventions they realized it’s their responsibility to take action for the development of their village. They are on the road to self-sufficiency.” 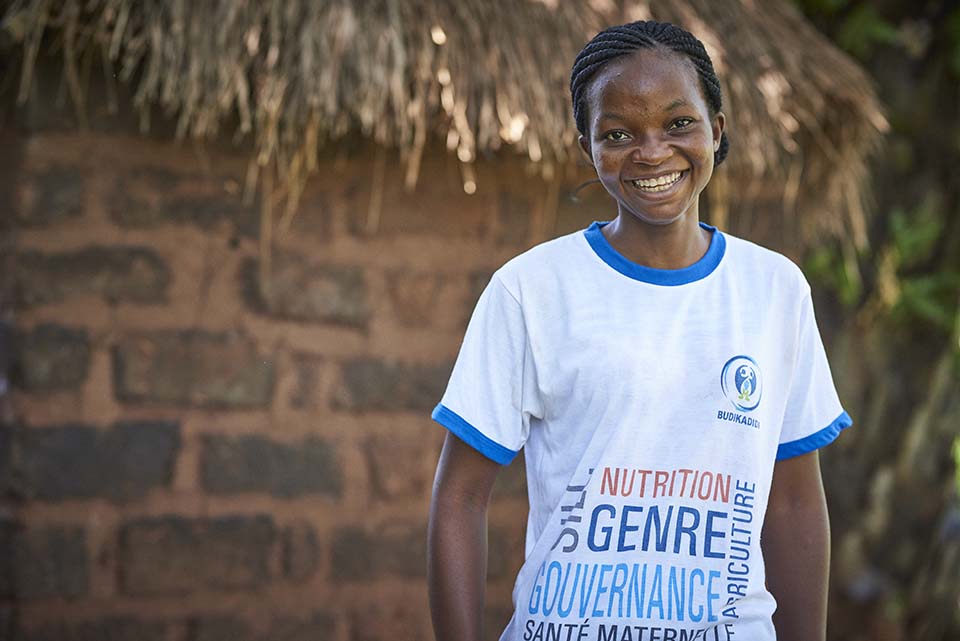 Nearby, in the village of Tshimanga Tshisuaka, Monique Mutoba collects water at a natural spring that was rehabilitated with the assistance of the Budikadidi project. A community association was established and identified clean water as a priority for the village. Once the water source was renovated, a maintenance committee was established to guarantee the flow of clean water.

“We now have access to potable water. It means our children are not as sick with vomiting and diarrhea,” Monique says. “We don’t have to spend money paying for the kids’ medical bills. We can now put the money into other income generating activities.”

Through the Budikadidi project, 35, 790 latrines have been built in 415 villages throughout the Kasai Oriental province and 41 water sources have been reinforced.

Give a Community Latrine

The Water for Life video illustrates the work of Catholic Relief Services in partnership with the... END_OF_DOCUMENT_TOKEN_TO_BE_REPLACED

An activity that requires participants to carry water, joining them in solidarity with people who... END_OF_DOCUMENT_TOKEN_TO_BE_REPLACED