It's a problem that's hidden in plain sight. On street corners in Albania, children are begging for money. But the money goes to adults. The children are victims of human trafficking.

"They are hidden from view. You don't recognize them in the back kitchens, shops, gas stations and in hospitality. They are also tucked away in fields. They don't come out and ask for help. They are enslaved," says Dr. Lucy Steinitz, CRS senior technical advisor for protection. 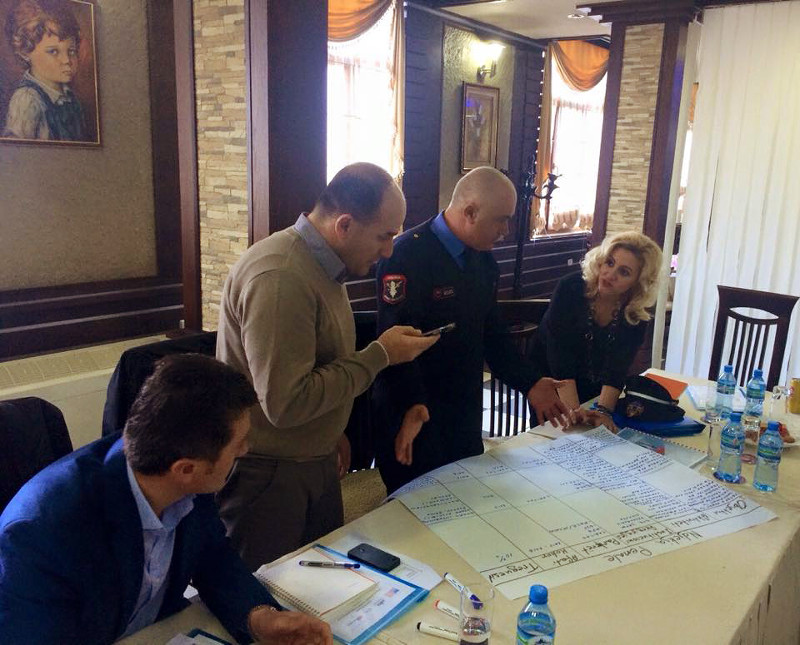 CRS and our partner Caritas Albania are working with governments to strengthen their capacity to protect vulnerable people from human trafficking. Photo courtesy of Adela Gjoka/Caritas Albania

More people enslaved today than ever

According to the United Nations, human trafficking is the third largest international crime industry in the world after illegal drugs and arms trafficking.

"More people are enslaved today than ever before. They are not in shackles or on farms. People are coerced into employment and then have no freedom to leave. They have no place to go. They are told they are worthless, and are moved from one place to another," says Steinitz.

Those most vulnerable to trafficking include women and children, poor and socially marginalized people, economic migrants, refugees, and victims of domestic violence and other abuse.

Traffickers buy, sell and otherwise exploit people. Human trafficking extends beyond prostitution. It also includes adults forced to work long hours under appalling conditions without pay, or children forced to beg on the streets instead of attending school.

While countries across southeastern Europe have made progress in the past decade to combat human trafficking, Albania continues to struggle with the problem. In addition to being a source country for both international sex trafficking and forced labor, signs point to increased domestic trafficking of women and children for sexual exploitation and begging.

The European Commission estimates 120,000 women and children are trafficked through the Balkans annually. Albania is a major route. But in 2013, Albania identified only 95 victims of human trafficking, according to the Trafficking in Persons Report.

Albanian people are particularly vulnerable to trafficking because of their country's past and its location. After Communism fell, economic hardship left many people desperate. Traffickers offered the false promise of a way out. Meanwhile, conflict in the region led to a breakdown of social, political and legal structures, freeing traffickers to exploit people. For traffickers, the Balkans are a pipeline between western and eastern Europe.

Focus on the victims

The trafficking problem brought Catholic Relief Services back to Albania in 2014 after an 8-year absence from the country. CRS focuses on four districts in Albania, near the borders of Montenegro, Kosovo and Italy—key locations of trafficking.

The primary objective is to work with Caritas Albania to build the capacity of Albania's government to fight human trafficking. The plan stresses prevention, protection, prosecution and cooperation.

CRS' 2-year project, which started in September 2014, is built on collaboration and prioritizing counter-trafficking in Albania. We work with government and civil society to refresh, support and strengthen committees, procedures and plans already in place.

Our focus is on helping trafficking survivors, and broadening their social support network so they can resume their lives. People who escape trafficking are often not recognized as victims. Instead, they may be detained, deported, stigmatized or end up being trafficked again.

In Albania, CRS designs and holds multidisciplinary training for judges, prosecutors, police, border police and social services workers so they are better equipped to identify and protect those most vulnerable. Workshops stress collaboration to support trafficking victims.

We don't work directly with trafficking survivors, but we advocate to ensure their needs are met according to national procedures. For example, survivors are asked if they have had a social services worker assigned to their case or were offered psychological care. We contact a national coordinator's office to report inappropriate treatment.

Recognizing that trafficking does not start and stop at Albania's borders, CRS is improving cross-border cooperation with police at the shared borders with Kosovo and Montenegro. We ensure that officials have uniform definitions of trafficking and expectations for protecting survivors. In the coming months, interview rooms will be constructed at the borders to ensure victims' comfort and protection. According to the United Nations, more than 21 million people are exploited by human trafficking. You have a chance to stop human trafficking before it starts by supporting young children's education. Shine a light on this dark problem by following #WeCanTurnOnTheLight on social media and read more about CRS' counter-trafficking efforts around the globe.

After escape or rescue, trafficking survivors remain at great risk until they can re-establish their lives. CRS’ kits provide a month’s supply of food, medicine, bedding, clothing and hygiene items.

Give a Welcome Kit for Trafficked Girls

We seek daily renewal from the source of all life, and so we pray ... END_OF_DOCUMENT_TOKEN_TO_BE_REPLACED

Our walk with God is reflected in our walk with others, and so we pray ... END_OF_DOCUMENT_TOKEN_TO_BE_REPLACED