Hispanic Heritage Month in the United States and CRS

Photo by Phil Laubner for CRS

From September 15 to October 15 every year in the United States, we honor the contributions of Latino and Hispanic communities with the celebration of National Hispanic Heritage Month while highlighting their diversity, culture and traditions.

Catholic Relief Services recognizes that 55% of Latinos in the United States identify as Catholic, and with a shared spirit we join this tribute to the diversity of cultures and achievements of such a faithful and vibrant community.

Three Interesting Facts About Hispanics and Latinos in the United States:

CRS has been closely linked to Latin America since our beginnings. Our first project was in Colonia Santa Rosa, in Guanajuato, Mexico, in 1943, providing shelter, support and community to nearly 1,500 Polish refugees from World War II.

Support of Latinos is Crucial to Our Work.

Our programs in Latin America encourage vulnerable people to find new opportunities in their own communities, reducing the need to migrate.

At CRS, we see unlimited potential for growth and prosperity in Latin America. We see hard-working communities, strong families and a landscape that, with proper care and attention, has the capacity to produce high-value crops. Through CRS programs, a strong agricultural sector with access to inclusive and lucrative markets can lead to improved education and jobs and opportunities in other sectors. 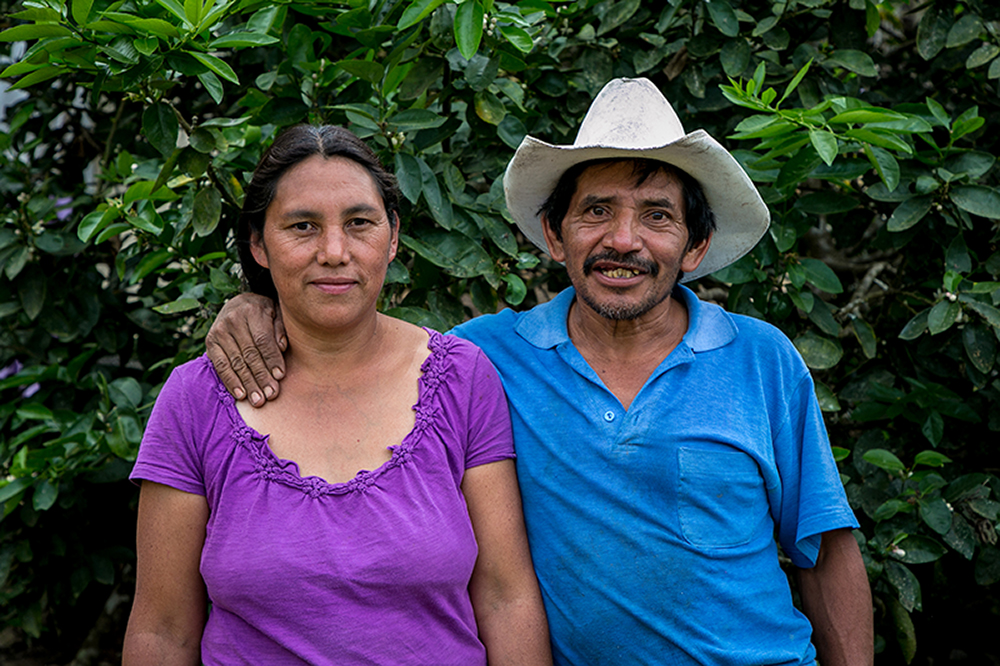 Due to coffee leaf rust, production declined at the farm owned by Wilfredo Sánchez and his wife Rosa María Lorenzo. They learned new agricultural techniques through the CRS Blue Harvest Program. Photo by Jim Stipe/CRS

What CRS is doing—and why.

So, what is CRS doing to help people remain in their homes, where most would prefer to stay? The answer to that question goes beyond a list of programs and projects. Our work serves communities based on their specific needs. In fiscal year 2018 alone:

Our programs seek to create sustainable and resilient futures, empowering people at risk to succeed within their communities.

Learn more about our work in Latin America

Edwin Montoya López and Josué Marcelino Zamora developed their own boat-riding business thanks to the entrepreneurship skills they learned in the YouthBuild program. Photo by Katlyn Holland for CRS.

We also serve the Hispanic community in the United States. Through our advocacy program, we support meetings with representatives of the U.S. government and elected officials to help create new laws that benefit the common good.

Likewise, through periodic or one-time donation opportunities, we facilitate support for growth and development in Central American communities. We invite you to bring about a change in the lives of vulnerable families. As Catholics in Hispanic and Latino communities in the United States, we are called to do our part to help our most excluded and marginalized brothers and sisters in Latin America, so that they too may have a promising future.

Our faith, our roots, our future.

We seek daily renewal from the source of all life, and so we pray ... END_OF_DOCUMENT_TOKEN_TO_BE_REPLACED

Our walk with God is reflected in our walk with others, and so we pray ... END_OF_DOCUMENT_TOKEN_TO_BE_REPLACED