Healing National Wounds in The Gambia

“This training really opened our eyes. We learn how to bring people together.”

A wound takes care and time to heal. In The Gambia, after 22 years of dictatorial rule recently ended, a national wound was left exposed. Most Gambians remember living in fear during that period—some witnessed, were victims of or perpetuated human rights atrocities that are just coming to light.

Catholic Relief Services encourages the healing process by supporting government, communities, Church partners and the Truth, Reconciliation and Reparations Commission that was established to investigate past atrocities, and seek answers, so that Gambians can find some closure and move forward to reconstruct their country.

“Before we had a different approach. We had a different understanding of conflict,” says Ousman Touray, one of the National Assembly members from The Gambian parliament and a participant of CRS social cohesion training.

“This training really opened our eyes. We learn how to bring people together.” 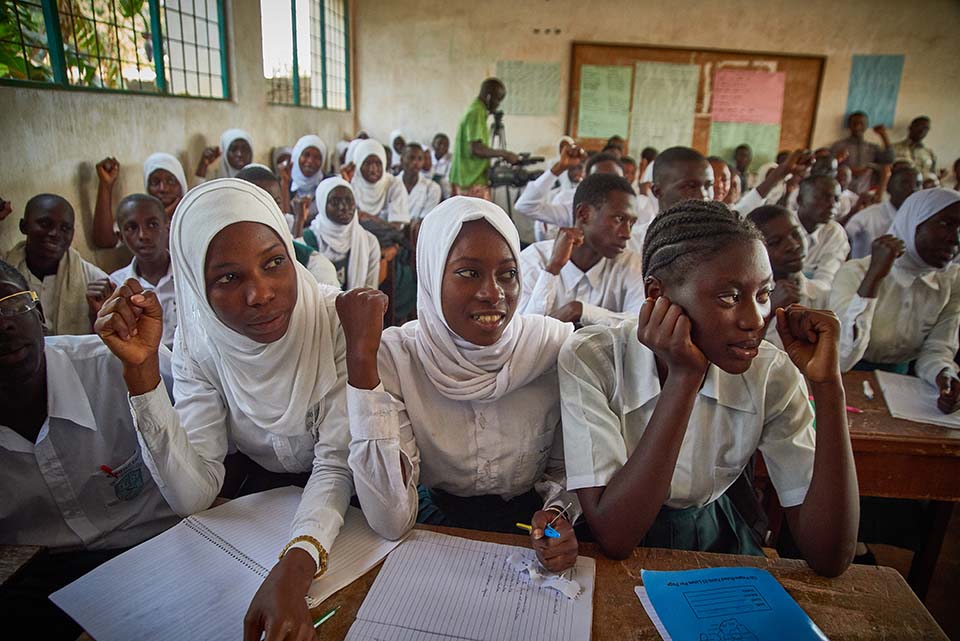 Students hear messages that encourage youth to empower themselves and their communities to change the future political culture in the country.

In The Gambia, tribal affiliations are intricately linked to politics and during the regime’s reign, conflicts were triggered for political gain, often based on tribal and political differences. CRS workshops teach participants from all spectrums of society to work through their differences towards common goals that will benefit all Gambians.

“There was total support from the government and the commission to undertake these trainings. We could see that this is a top priority and that they valued our collaboration,” says Lucy Steinitz,  senior technical advisor for protection at CRS. ”The workshop is focused on trauma awareness, to teach people soft skills to assist them in working directly with survivors, witnesses and perpetrators, and helping them cope with the stories they hear. Being that I am a child of Holocaust survivors, I was particularly aware that everyone we were training had themselves been affected by the oppression of the previous regime in some way.” 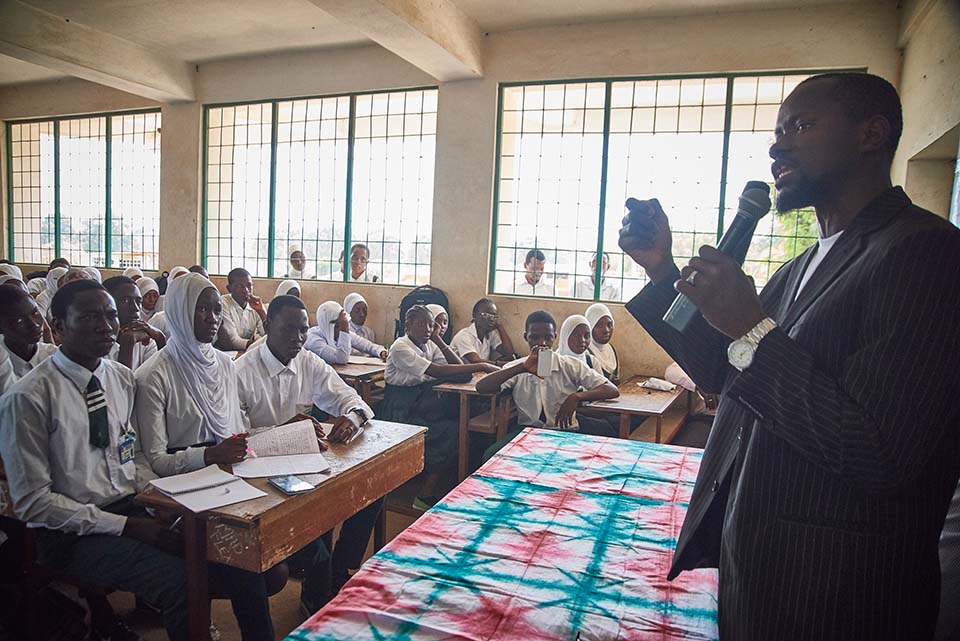 Imran Darboe, outreach coordinator, speaks during an awareness session at the Kanifing East Senior Secondary School in Banjul, The Gambia.

At the Kanifing East Senior Secondary School in Banjul, staff of the commission’s Youth and Children's unit undertake an outreach session with students. Imran Darboe, one of the coordinators, engages the students in conversation about the dictatorial regime and how youth can empower themselves and their communities to change the future political culture in the country.

One of the students, Isatou Susso, reads a fast-paced poem about relationships and morality. She describes an interaction she had with her mother the day before and how it related to the outreach session. 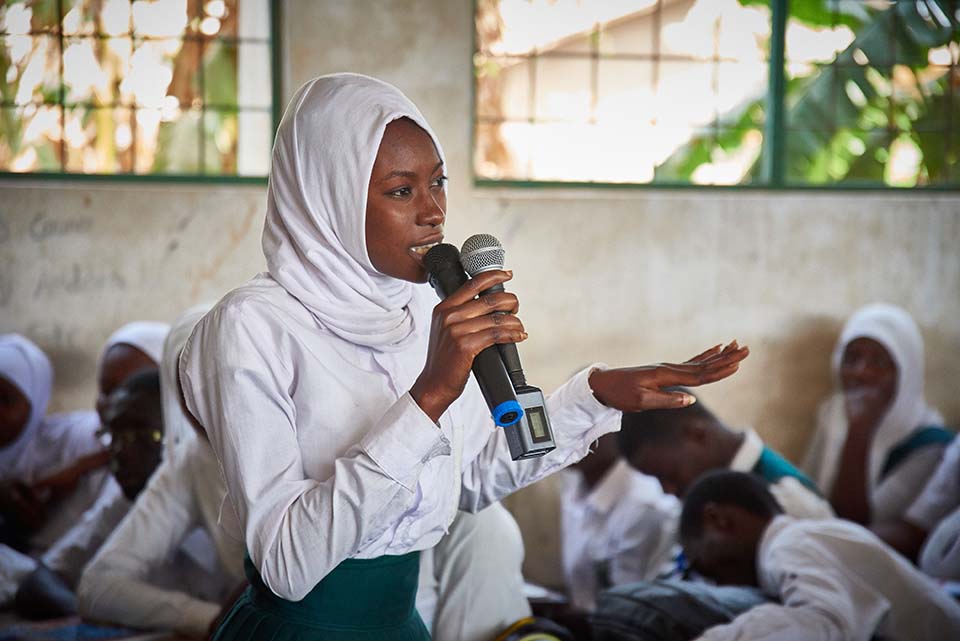 Student Isatou Susso reads a poem about relationships and morality during an outreach session at the Kanifing East Senior Secondary School in Banjul, The Gambia.

“Today they talked about tribalism. I was arguing about this with my mother yesterday. I was trying to explain we are all Gambians first, above any tribal affiliation.”

Ngaima Sesay, psychological support officer for the commission and participant in the trauma workshop, says the process can be painful, but is worth the effort.

"It’s opening old wounds for the moment but it can be healing for future generations to come, and to make sure atrocities that happened do not happen again.”

A prayer asking God to help us recognize family in each of His children, to know them as brothers... END_OF_DOCUMENT_TOKEN_TO_BE_REPLACED