In a small rural school in the Bafatá region of Guinea-Bissau, school administrator Patricio Mendes prepares for the opening of the academic year in late 2021. This year he is confident that the meal schedule will be better than years past. In the training he participated in earlier in the year, he learned new management techniques.

“Before the training, we were not sure what quantities of rice we should provide each student every day,” he says. “The training session showed us how to better manage the food, taking into account how many students are in the classroom and other information.” 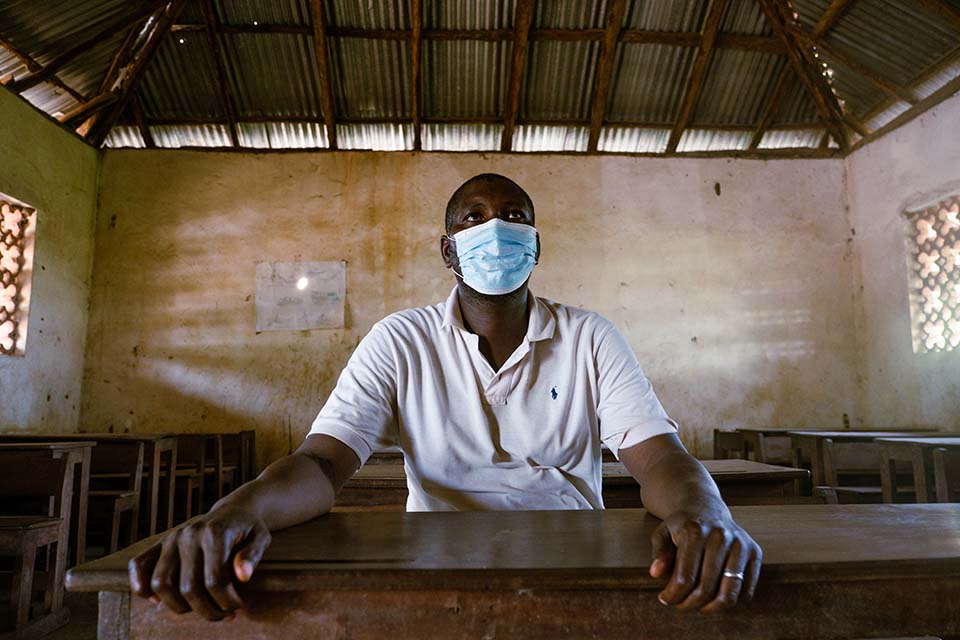 School administrator Patricio Mendes says the school he oversees in Djam-Ma in Guinea-Bissau’s Bafatá region will benefit from the school meal program. Implemented by CRS and our partners, the program serves about 320 primary schools in five regions of Guinea-Bissau.

Mendes, with other school administrators and workers from all over the West African country, participated in trainings as part of the Promotion of Education and Economic Performance in Educative Communities project. It’s a four-year program implemented by Catholic Relief Services with funding provided by the McGovern-Dole Food for Education Program sponsored by the U.S. Department of Agriculture.

Together with our partners Plan International, Caritas Guinea-Bissau and the Ministry of Education and Health, CRS plans to operate in around 350 schools in five regions of Guinea‑Bissau and support more than 197,000 people. More than 120,0000 students will participate in the program, which includes a variety of elements in addition to the training. 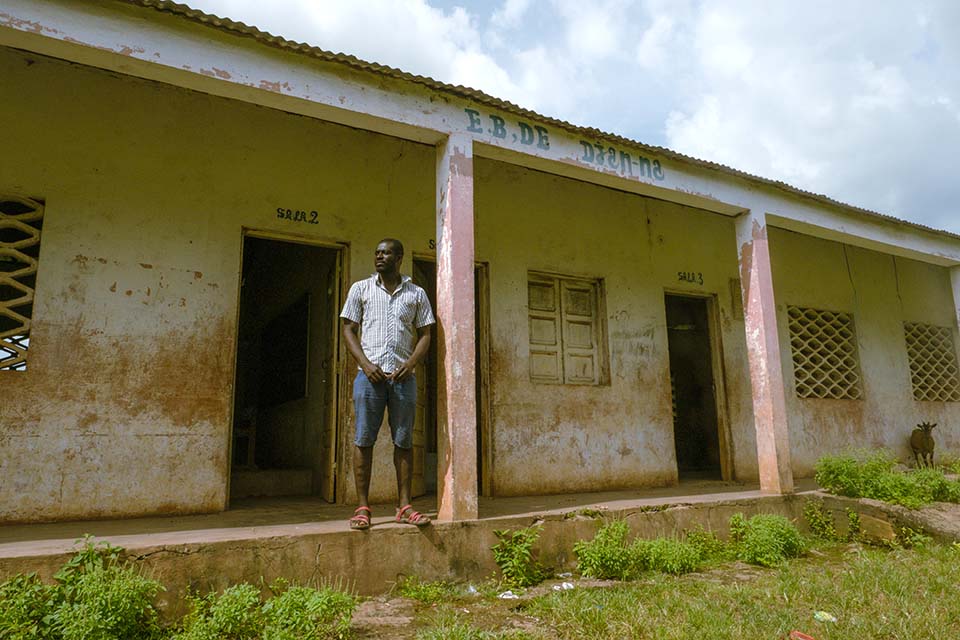 School administrator Patricio Mendes stands outside the school he oversees in Djam-Ma in Guinea-Bissau’s Bafatá region.

The new program provides a streamlined system for better record keeping and allocation of food. It keeps track of both how much food is distributed and consumed.

“It encourages the children to come to school, because they know they can eat well here.”

Besides improved accounting of the food, better systems will also be in place to record what local community organizations contribute to the children’s daily meals.

Mariama Seide heads a meal program at a school in rural Guinea‑Bissau’s Gabu region. She attended a CRS-sponsored training to learn more about warehouse management.

“The support the [family associations] provided was not registered before,” says Souleymane Dahaba, director of a school in the Bafatá region.

Parents often contribute as okra, hibiscus, and other locally grown food and vegetables for the school meals. The new record keeping that was taught at the training helps the school accurately calculate what the community provides, according to Dahaba.

“When we register how much the community has contributed, they feel ownership over the [program], and this helps the community engage more and encourages more people to send their children to school and the government to recognize the contribution of the community,” he adds. 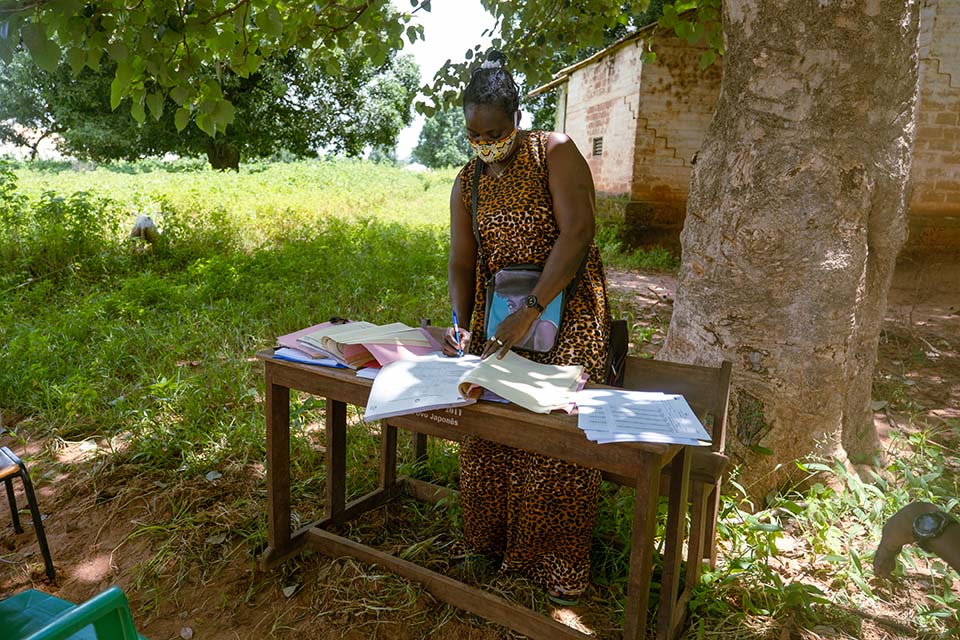 Mariama Seide heads a school meal program in rural Guinea-Bissau. She said CRS training helped her and the community to better track the food and determine how much families contribute.

Mariama Seide lays out a large book with intricate columns and rows that she is ready to use when the new school year begins soon. Seide, who heads a school meal program, says many things have changed within her system since she underwent the training in February.

“The commodity management is different, which is so important,” she says. “We learned how to use templates, which helps us manage the food and track everyone well. We fill it out morning and afternoon, and it has a positive impact.”

In addition to daily reports, Mendes says the two-day training helped enforce a system of monthly reports as well. The feedback will not only help ensure the students’ nutritional needs are met, but also that less food goes to waste by reporting what is and is not eaten.

Now an administrator, Mendes first became interested in education after being encouraged by an instructor in secondary school who told him he would make a good teacher. “I think helping students is a good way to help my country,” he says. “The teachers are the future leaders.”