Guardians of the land that provides us food

The rooster crows and reminds us that the day begins. The Sayes family members stretch out, jump out of bed, and light the fire. Although the sun has not risen, every day begins early for those living in the countryside. A cup of hot atole accompanied by a couple of freshly made tortillas cooked on the comal (a clay, handmade flat pan) gives them enough energy to set forth in their daily chores, walk to their plot of land and get started.

Their connection with the land is rooted in ancient times, as for many Central American residents. A link with the land teaches them the cycle of life and death; the origins and security of growing food and their wellbeing; the importance of a daily dignifying job; patience; gratitude and that their harvests are the fruit of their efforts and sacrifice. However, over time, much of the oral, ancestral knowledge has been lost, transforming their labor into bad agricultural practices, depleting the soil, and reducing levels of production. Changes in weather patterns and seasons have modified rainfall, shortening or prolonging it, exposing them to extreme conditions of drought or humidity.

“I grew up alongside my parents, working in agriculture. I recall that I started to take care of the cattle and learned to farm when I was seven. It’s the knowledge I have,” recalls René Sayes Sandoval. 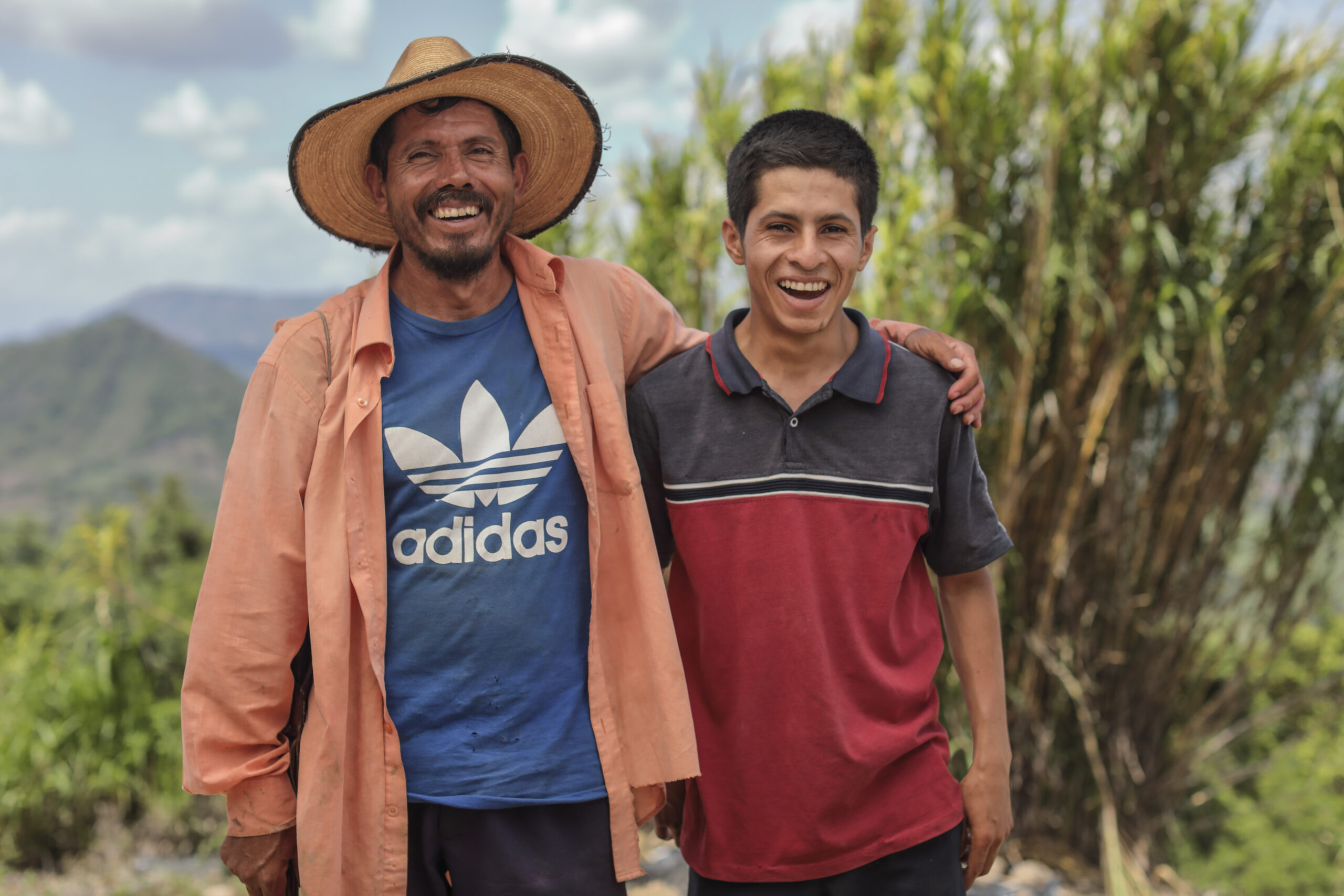 René Sayes Sandoval is a corn farmer in the community of Santa Rosa, municipality of El Porvenir, Ahuachapán. “Lately farming has become more difficult due to climate change. Today is no longer like before when winter started in May and ended in October. (T.N. Referring to the rainy season which is called winter locally) Today the rains are prolonged and suddenly there are intervals when it stops. This is another battle which as farmers we have to fight.”

Aware of the significance and role of agriculture as a pillar of humanity and in gratitude to all men and women who dedicate their lives to cultivating the land, CRS emphasizes the ASA (Water and Soil for Agriculture) approach. This is a CRS program implemented with partners collaborating with farming communities using vital resources such as land and water in the most sustainable and efficient manner.

Through this program, CRS has demonstrated that upon adopting agricultural practices for soil and water management in critical ecosystems, the revitalization of rainfed agriculture can be achieved. Agricultural productivity has been recovered for farmers, reporting an increased resilience to drought as well as the restoration of soil and water resources. Water and Soil for Agriculture (ASA, for its acronym in Spanish) is a proven soil and water management approach which also increases yields. It is being promoted through the group Raíces El Salvador.

“We have learned to take care of the soil using stubble, a great option to protect it and slow down erosion. When it rains a lot, the soil does not wash away, and when it stops raining, it stores moisture so that the plants last longer during the drought,” says Don René.

Rafael Ernesto Chigüila, a technician working with Raíces El Salvador, has taught farmers to apply environmentally friendly fertilizers; contribute to the conservation of microorganisms in the soil; plant scattered trees that help reduce water runoff, and simultaneously generate shade and biomass that provide nutrients to the land; and plant Costa Rica type grass as live barriers on the slopes.

Integral soil management is also beneficial for Don Danilo Garza, farmer, and promoter of ASA practices in his Taiwanese guava plot. Farming in the Dry Corridor area of Ahuachapán, he proves how the transformation of the agricultural landscape can be achieved. “I started with land used for pasture—desolate, deforested, and with deteriorated soil—to having an agroecological plot!” This change has been made possible through the ASA program training focusing on fertilization, opting for green fertilizers and stubble instead of chemical herbicides. Such programs are made possible thanks to global, Catholic community donations. Particularly, Hispanics living outside their native countries, who, with their solidarity and empathy, support these programs to help their countrymen. 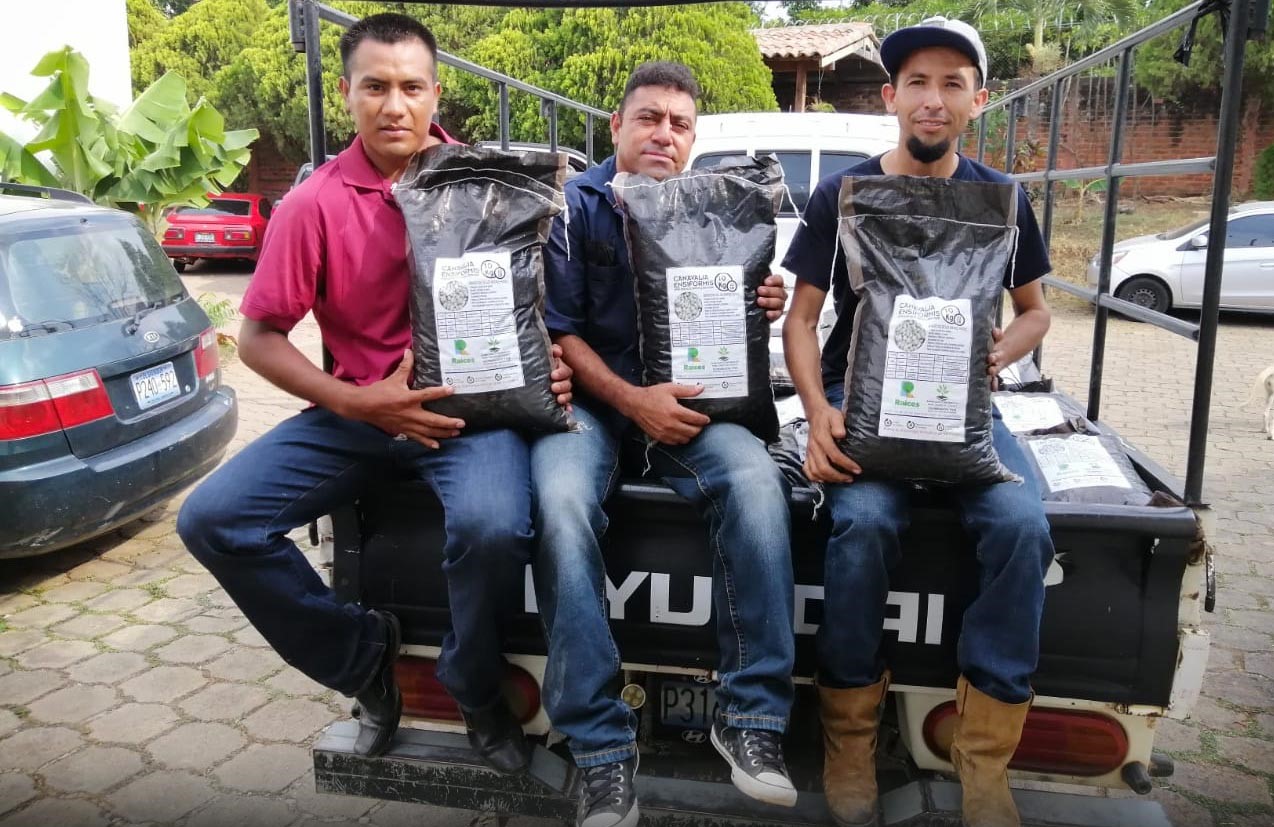 Since 2017, there has been a remarkable change in their soil. Together with his brother, Danilo, they have invested in an irrigation system and started a cocoa plantation. After four years they have harvested their first cocoa pods. His wife has already made a few chocolate tablets. Soon this will be another source of income for their families.

Danilo Garza states that “If we don’t work this way, what are we going to inherit to our children? I want them to have a well-preserved plot to continue this work. My group is called Sembrando Vida (Planting Life), and that is what we want, to create more life for our land.” And Danilo, no doubt, will certainly succeed. There will be more life, more food, and more work for everyone.

We are Hispanics and our roots radiate generosity from the heart of our heritage. A boundless faith that calls us to serve and a compassionate and collective pride that makes us want to see all Hispanics advance. This Hispanic Heritage Month, join our efforts in Latin America and around the world.

Connect with your faith and your roots!