Global Fund Mosquito Net Distribution in The Republic of the Congo

“We will distribute bed nets to the entire population of Congo, and we expect a reduction of 20% in morbidity and mortality by 2020.”

Straddling the equator with a consistently humid year-round climate and a rainy season that lasts 9 months, the 5 million citizens of The Republic of the Congo, in the Central Africa region live with the threat of malaria on a daily basis.

Malaria accounts for almost 50% of outpatient consultations, 64.8% of hospital admissions and 18.4% of deaths. In the Republic of Congo, malaria claims almost as high a percentage of lives as cancer claims in the United States. The difference is, malaria is preventable. Reducing and eradicating malaria is vital for the development of the country and its people.

With support from The Global Fund to Fight AIDS, Tuberculosis and Malaria, Catholic Relief Services is helping families in The Republic of the Congo protect themselves from disease by distributing bed nets treated with long-lasting insecticide. They are a simple, cost-effective solution that saves lives. 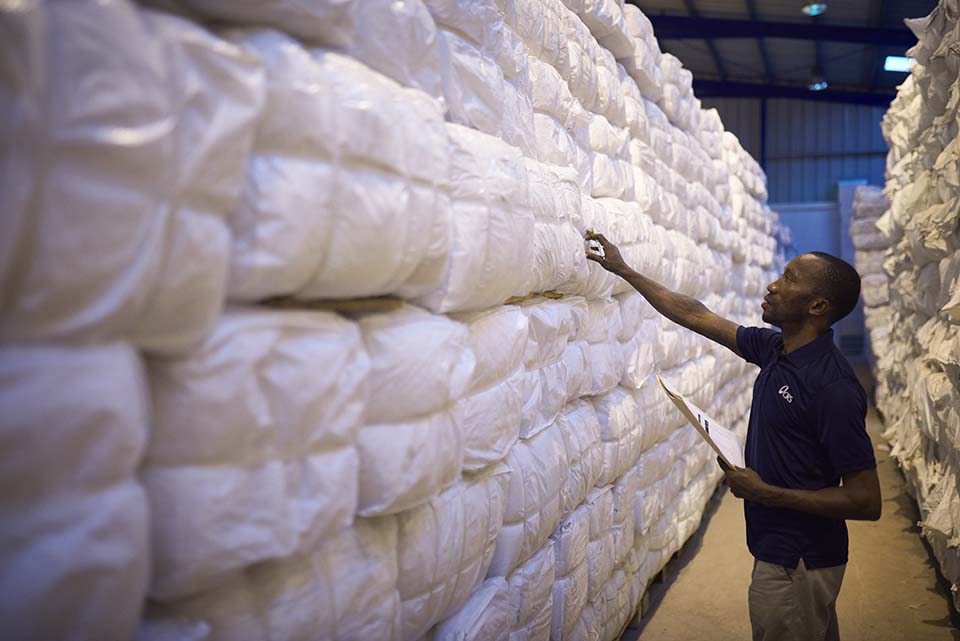 CRS warehouse officer, Idriss Madingou, counts bundles of mosquito nets stored at the central warehouse as part of the Global Fund distribution in Brazzaville, Republic of the Congo.

On August 23, 2019, CRS distributed over 3 million bed nets to all twelve departments of The Republic of the Congo to provide protection to the entire population from mosquitos that transmit malaria.

“The Republic of the Congo was granted funding from the Global Fund to implement this mass distribution campaign, because the last campaign was conducted 7 years ago,” says Njara Rakotonirina, CRS project director, Global Fund. “The number of malaria cases started to rise significantly since 2013, so it was absolutely critical to get the population protected under mosquito nets this year.”

From 2019 through 2020, CRS and partners will distribute millions of additional bed nets through West and Central Africa.

Clarisse Milandou stands with agents who are distributing coupons that will be exchanged for mosquito nets during an upcoming national mosquito net distribution in the village of Koubatsaki.

CRS also supported the Ministry of Health to create a medical administrative database based on District Health Information Software 2 (DHIS2) that would not only support the distribution of mosquito nets but become the established national system used to accurately collect vital healthcare information from the population. CRS supported the logistical components of this project; training twelve staff from the Ministry of Health who can support DHIS2, paid for materials (computers, printers, modems, hardware) and also covered costs of technical support and the host provider for the system.

“CRS helped the government to put in place an efficient system that does not cost much and will have a lasting impact for the country." says Jean Michel Ngokini, database designer for CRS in The Republic of the Congo.

To effectively evaluate the impact of the distribution and to assist in the execution of future projects, a rigorous monitoring and evaluation system was executed that included key surveys related to the effective implementation of the mass distribution campaign. 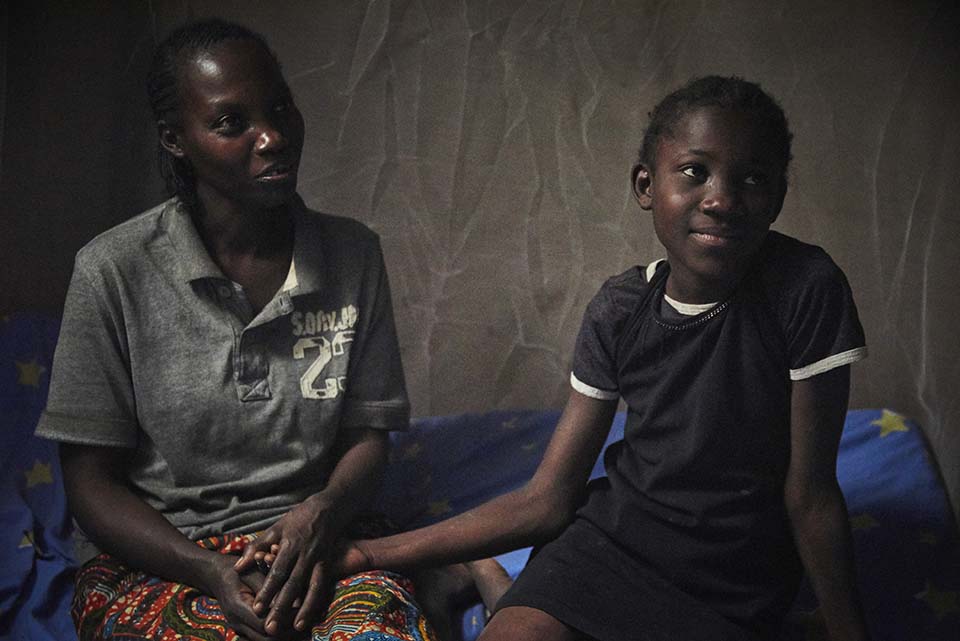 Clarisse Milandou, mother of six children sits with her daughter Hello Jelvie, 12 years old under a mosquito net at a home in the village of Koubatsaki, Republic of the Congo.

With funding from the Global Fund, CRS is working in close collaboration with national partners, in particular the Ministry of Health through its technical body, the National Malaria Control Program, Caritas Congo and RENAPC, a sub-recipient partner for effective coordination and supervision of activities from the national to the community level.

“We will distribute bed nets to the entire population of Congo, and we expect a reduction of 20% in morbidity and mortality by 2020,” says Njara Rakotonirina.

Treated bed nets are the simplest and most eﬀective way to prevent malaria. Families receive one net for every two persons. Behavior change communications that follow distributions ensure that households consistently sleep under the nets.

Since 2003, CRS and the Global Fund have partnered to ﬁght malaria, tuberculosis and HIV in 27 countries worldwide.