When Edgardo Salinas set out for church on a recent Sunday morning after skipping breakfast, he was prepared to go without food for the entire day. He had never fasted before, but on March 2, he was determined to see what it would feel like to be hungry.

Salinas, a 28-year-old maintenance worker from El Salvador, was one of several hundred men and women who participated in a diocesan-wide Food Fast to raise awareness about global hunger. Youths and young adults from 16 parishes in the Diocese of Rockville Centre in New York joined with members of their communities to use their own experience of going hungry to learn about global hunger and poverty. 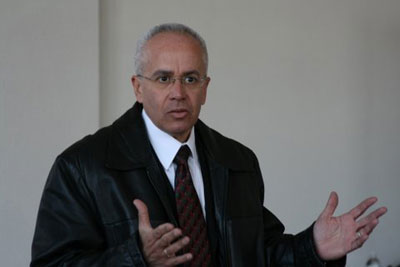 "Fasting for a day allowed us to experience [the kind of hunger] that we've seen or heard about and at the same time bring it to our parishes," says Deacon Francisco Cales, who coordinated the event that drew more than 600 members of diocesan Hispanic Youth and Young Adult Ministries.

"Many of the participants come from countries where many people go hungry, and they immediately thought this was something that touched them."

Santiago Hernandez, a native of Mexico who has worked with the youth group of his parish for five years, says "the goal was to raise awareness about our brothers and sisters who suffer hunger. We wanted to contribute as a group to the wellbeing of others, and the fast helped us to reflect that we have not experienced hunger for long periods of time."

"Many people in the community thought it was strange to fast together, because they do it by themselves. We had a lot of people come and it was a very positive experience," Edgardo adds. About one hundred people from his parish turned out for the event.

Food Fast is a program designed by Catholic Relief Services that links the Catholic tradition of fasting with global hunger. Using materials provided by CRS, participants learn about hunger and its root causes in the developing world while raising awareness about poverty in their own communities.

"There are those who say there are people who don't eat because they don't work, but we understood that there are other causes," Edgardo notes. "We waste a lot and are superficial at times. It was great to be educated and to feel changed."

Santiago, who helped organize the fast at St. Bridget's parish in Westbury, New York, experienced mixed emotions. "I felt sad to hear about people that suffer hunger, but also felt happy to see the youth and people in the community who wanted to support us." 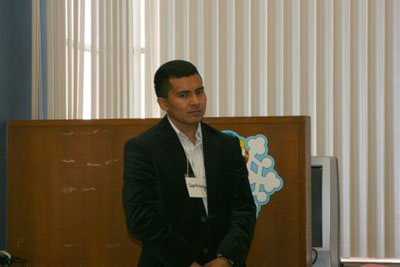 More than 800 million people around the world are hungry, and 10 million people die every year of hunger and hunger-related diseases, according to the U.N World Food Program. And recent hikes in food prices, including food staples like wheat and corn, are putting millions more at risk of not getting enough food. Those most affected by the spiraling costs of grain are the poorest of the world, in many cases, people who live on less than $1 per day.

"Having an opportunity to share with those who presently have much greater needs than us in Long Island was spiritually very rewarding," Deacon Cales notes.

The Food Fast participants committed to donate the money they would have spent on food that day to CRS, which works to alleviate hunger in the world's most vulnerable communities. CRS has provided food to millions of school children, supports agriculture programs that help farmers increase their yields and grow more marketable crops, and funds food-for-work programs, which increase employment in communities while improving infrastructure. Other CRS food programs help improve the health of mothers and their young children.

On the day of the fast, "we were not thinking about food, but concentrated on what we were learning and felt a satisfaction to do something good," Edgardo recalls.

Another participant, Jose Lopez, says he "felt very small in comparison to the need in the world" that he hadn't been fully aware of. 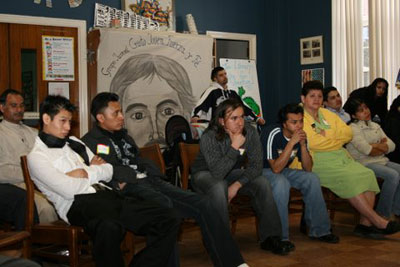 Members of St. Bridget's in Westbury, New York, listening to presentations about global hunger and poverty. Photo by Maria Barboza/CRS

"I was truly impressed by the conviction of those young people who put this day together," admits Deacon Cales. "To see them make the presentations and help us understand why we were doing this — the message was very clear: They truly believed in what they were doing that day."

"At one point during the day," Santiago recalls, "we shared in small groups what we like to eat, describing our favorite foods. Then we realized that many people don't have that choice."

For Edgardo, a growling stomach at the end of the day drove the message home. "To feel [the] hunger of others made me feel more human. It also made me feel grateful for all that God has given me. I felt there is a lot more I can do for others."

August recess is a key moment to meet with your members of Congress while they are out of session... END_OF_DOCUMENT_TOKEN_TO_BE_REPLACED

Use this calendar for key dates to reflect and take action with your community to address climate... END_OF_DOCUMENT_TOKEN_TO_BE_REPLACED